After a busy day yesterday of cancelled meetings, re-arranged events, slopping food down my front to ruin my otherwise perfect appearance and sending an email invitation to entirely the wrong person, which will require some serious smooth talking to get me out of the dog house, I made my way to 53Two, Manchester’s newest fringe venue to see what dearly needed to be a damn good play if it was to resurrect my day.

The show is Days of Wine and Roses by Owen McCafferty based upon JP Millers tale of a young couple sucked into a spiral of alcohol dependency. They made a film about it but this play is probably better being set closer to home than the original US based story. It begins in an airport lounge in Belfast in 1962 as two strangers Donal and Mona meet as they are each setting off to begin new lives in London. One has it planned out and the other just wants to see where it takes them. What ensues is a love story which is impossible to label as either a rom-com or tragedy. I love Theatre such as this that is not easily definable.

Episodic in nature the play shows the highs and lows of married life for the couple over the course of eight years from 1962 to 1970. It’s intense in places and tender in others. 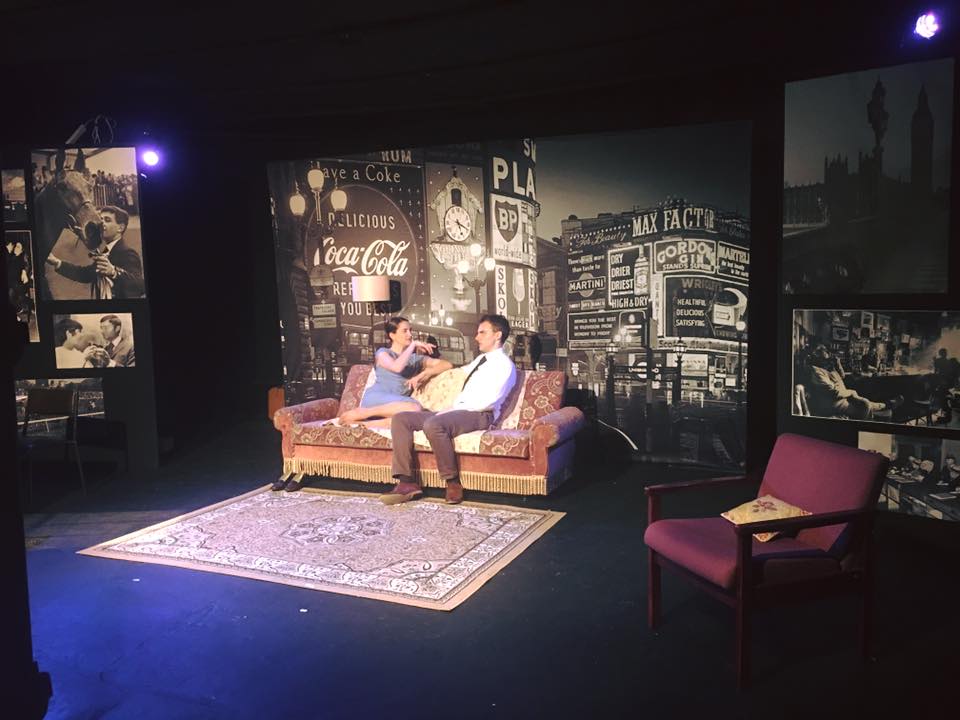 From the outset this play imbibes its strength from a hugely talented and passionate creative team and cast of two Danny Solomon and Alice Frankham playing the couple. Largely through the play Frankham and Solomon create two characters to believe and invest in. They do their jobs brilliantly and there are some beautifully performed moments between the two. It’s unfortunate though that the creative team was not extended to include a fight director. It shows. For those who have seen my work or have suffered through some of my other reviews you will know that wherever stage combat is concerned I’m a hyper-critical sadist. I demand raw and highly realistic violence onstage and when it doesn’t happen I hurt people… The plays numerous slaps and punches missing their intended targets by miles plus poorly paced build ups of intensity to these moments left a slightly off taste on what is otherwise a hearty meal.

It’s the first time I’ve ever been to The Pod at 53Two. It’s a lovely little studio space which seats about 50-60 people. This company knows how to make Theatre for spaces such as these. The set by Designer Yole Lambrecht whilst not intended to be the centre piece of the production tells a story of its own creating a collage which signs towards the settings and circumstances told within the dialogue. Whilst not quite working for Belfast airport, for the main it’s intelligent and imaginative yet simple and is something we should be demanding more of at this level of Theatre.

I love to see plays with heart such as this. Getting past some of the negative comments I’ve made, this is the sort of Theatre I love to see. It’s well written, well performed and well directed. You find yourself investing intensively into the characters which is crucial for good Theatre. There’s no happy ending, but then considering that art is a reflection of life, that should never be a given however much we urged it to be for this couple.