It was The Chantry Dance Company’s first time at The Waterside and certainly a group of performers I would love to see again. Formed in 2012 they are a touring company who tell stories ‘that inspire and engage’ through their performances. Furthermore, they perform to people who may not normally engage with live dance. They also provide education within their school of Contemporary and Balletic Arts.

The Sandman is an original story about a wife (played by Rae Piper) who entered a dream world. She did this so she could save her husband who was very ill. The dream world was depicted through contemporary dance and ballet and was as enchanting, and intense as it was passionate and frightening. The ballet was based on several themes that can be experienced within a dream. The ‘monster under the bed’ scene provided an interesting dimension to the first part of the show as ‘the wife’ who was initially petrified of the monster, soon realised that the monster was actually hiding under the bed as he was ashamed of his body and perhaps hadn’t intended to frighten her. The way Piper portrayed this through dance was very clever as she changed from fear to compassion for the monster very quickly and it was purely her dance that demonstrated this. 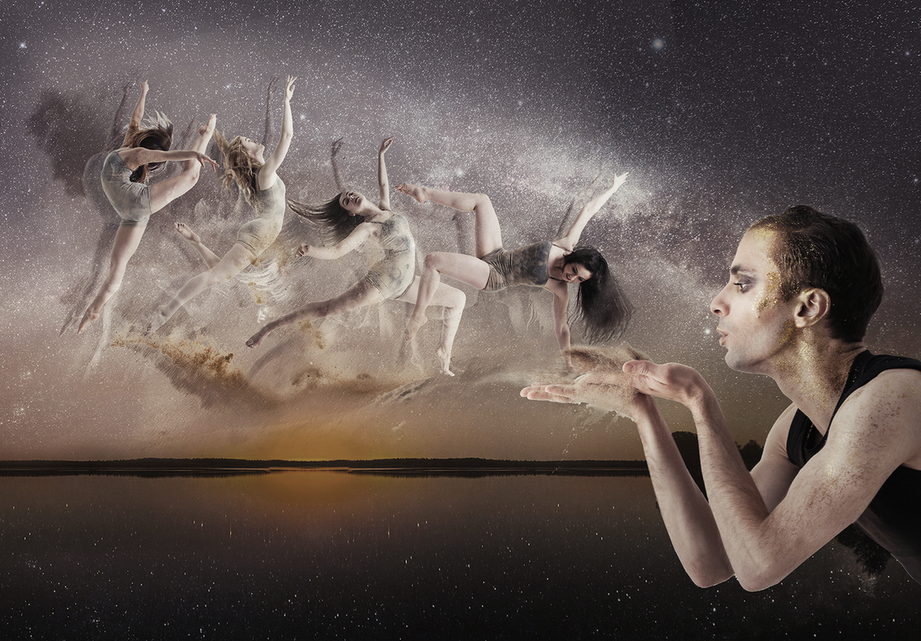 In Act 2 the dance between the wife and husband was phenomenal. The way that the wife portrayed her love for her husband was very moving. The sheer joy expressed through her dance with him was spectacular and brought tears to my eyes. The emotion of the dancers who used only their bodies to demonstrate their passion was certainly intense.

A special mention should go to Jack Webb who played the Sandman. He was often present on the stage in most scenes and his performance was not only fluid in his portrayal of the character but also faultless in the way he demonstrated some control over the dreams that the man and wife experienced.

The choreography (led by Paul Chantry and Rae Piper) was breath-taking and the dancers left me no doubt as to what emotion or meaning was being expressed throughout the performance. The strength of the dancers and the athleticism was equally as strong as their gracefulness and tender moments on the stage. I was astonished to hear that several of the first year students of the Company were also performing. They must be congratulated on a wonderful performance.

The dancer’s costumes were simply perfect. The dreams were demonstrated through the dancers wearing either very eye catching gregarious colours or dull grey and beige colours to contrast between the types of dream that was being experienced. The set was simple but the lighting on ‘the bed’ and on the dancers costume was stunning. Anymore additions to the set would have taken from the performance.

At the end of the performance there was a few minutes of questions and answers and it certainly demonstrated to the audience that The Chantry Dance Company was a focussed bunch of performers. Questions were answered mainly by Rae Piper. She shared that her interest in Morpheus, the Greek God and ‘bringer of dreams’ provided inspiration for the The Sandman.

Having not really known what to expect I can say that The Sandman was an emotionally enriching and truly enjoyable performance that depicted the complexities of an individual’s dream in its entirety.

THE SANDMAN - trailer from Chantry Dance Company on Vimeo.