To say Hope Mill Theatre have had a good year is a bit of an understatement. From their first in-house production Parade to their second HAIR, both received by the press as 5 star productions, they now end their first full year of operation with A Christmas Cracker. I won’t beat around the bush here, it’s another 5 stars!

Joseph Houston and William Whelton, the theatre owners, are director and choreographer respectively here and together with musical director Jenn Clempner they have devised a show filled with all things Christmas and provided a welcome alternative from the countless Pantomimes being performed currently across the region.

Headlining this festive shin dig are Laura Harrison and Tom Lloyd who were last seen at the mill earlier this year in the stunning Parade where they played Lucille and Leo Frank. For anyone who witnessed Parade, you will already know the star quality these two possess and tonight it shone as bright as ever. Alongside Joanna Bird, Timothy Bond, Chris Clarkson and Jenn Clempner they performed some Christmas classics that we all know and love. A particular highlight for me was Harrison’s version of ‘All I Want For Christmas’, simply stunning.

Joanna Bird made a couple of solo appearances during the evening performing some showgirl dances. I do feel that these sections could have been developed a little more but added an extra dimension to the evening’s proceedings.

Magician Chris Clarkson astounds with several head rubbing tricks. My guest for the night took to the stage to participate in one of his mind reading tricks and I can confirm she was totally dumbfounded. Clarkson’s final trick was a take on Russian Roulette which leaves you sat watching through your fingers as his choices dwindle to just two! I could quite easily watch this trick repeatedly and still have absolutely no idea of how it is done!

The show is billed as ‘Adult Only’ and the main reason for this is local drag act Misty Chance! Misty pushes the boundaries just far enough as with each appearance her costumes become more and more extravagant. Even a very short power cut whilst reading a fairytale didn’t take away from her act.

A Christmas Cracker is a wonderful night out, and to see an old-fashioned cabaret style show is good to see making a welcome return to theatre. This is the star on top of the Hope Mill Christmas tree capping a remarkable year for this beautiful venue that has so much potential to be the best fringe venue in the UK.

2017 looks set to be just as successful with Parade director James Baker returning to direct the European premiere of Yank! The Musical from the 9th March. 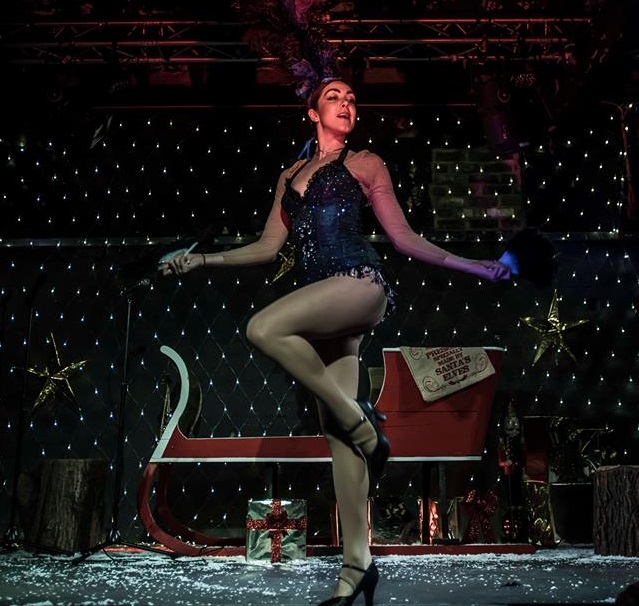