5 Soldiers: The Body is the Frontline - The Rosie Kay Dance Company

Filmed in 2017 from an Army base in London and available now through various streaming platforms, this is a fierce and evocative dance performance that explores the physical demands that faces 5 ordinary soldiers as they prepare for conflict and battle.

Based on valuable input from serving and former British soldiers, Rosie Kay, who directs as well as choreographs this electrifying piece, places the performance into three specific sequences.

The first part examines the rigours of training through the repetition of physical exercise – this is a mesmeric sequence which shows off the strength and ability of the 5 dancers and it has a uniquely hypnotic feel about it. 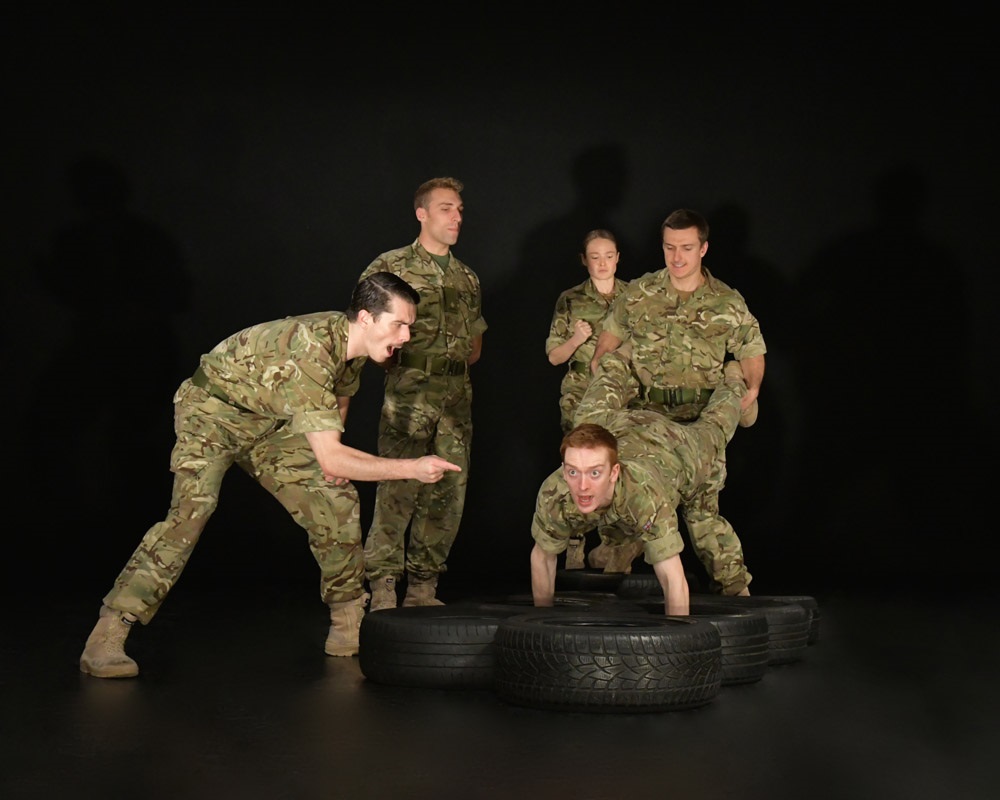 The second part shows the soldiers in their down-time and also highlights the uglier side of human nature through stylised physical onslaught and brutal hostility – it’s a hard but significant sequence and the entire company of dancers pull this off spectacularly.

The third and final part sees the five soldiers in combat mode – parachuting into enemy territory and into subsequent battle, resulting in one of the soldiers losing his legs – this is such a powerful, tragic, yet somehow beautiful sequence which pays homage to human strength, dignity and friendship through adversity.

Kay’s direction is stark and simple but always allows for a realness to permeate throughout the show and the five dancers (Duncan Anderson, Luke Bradshaw, Reece Causton, Harriet Ellis and Sean Marcs) storm the stage with some exquisite and powerfully physical performances. Kay’s unique and sublime choreography is complex and at the same time intelligent, binding the audience with her company of dancers to its fullest extent.

The staging by Louis Price is minimal but highly effective, always allowing the dancers to use every part of the set to its maximum effect. The sound design by Annie Maharani which cleverly mixes punk, tech and operatic arias is well judged and balanced throughout. This is an outstanding and highly visceral tour-de-force in dance performance that says so much about the human condition. Hugely recommended! Watch HERE.