The Woman in Black - Liverpool Playhouse

What is the attraction in scaring ourselves silly? I’m sure much has been written on catharsis and thrill seeking, exploring the paranormal and experiencing the beyond, but judging by this production of Woman in Black, the answer at the top of the list would be ‘Because it’s extremely entertaining!’

Just two actors (and a vision) present Susan Hill’s tale of the malevolent apparition of Eel Marsh House and of Kips (Robert Goodale), the man frustrated by the amusement his young relatives derive from telling ghost stories and who, as a young man, experienced the horror of a true experience with the supernatural. Determined to reveal to his family and friends the facts, and so lay to rest his nightmares, he hires the assistance of a professional actor to tell his tale (Daniel Easton). 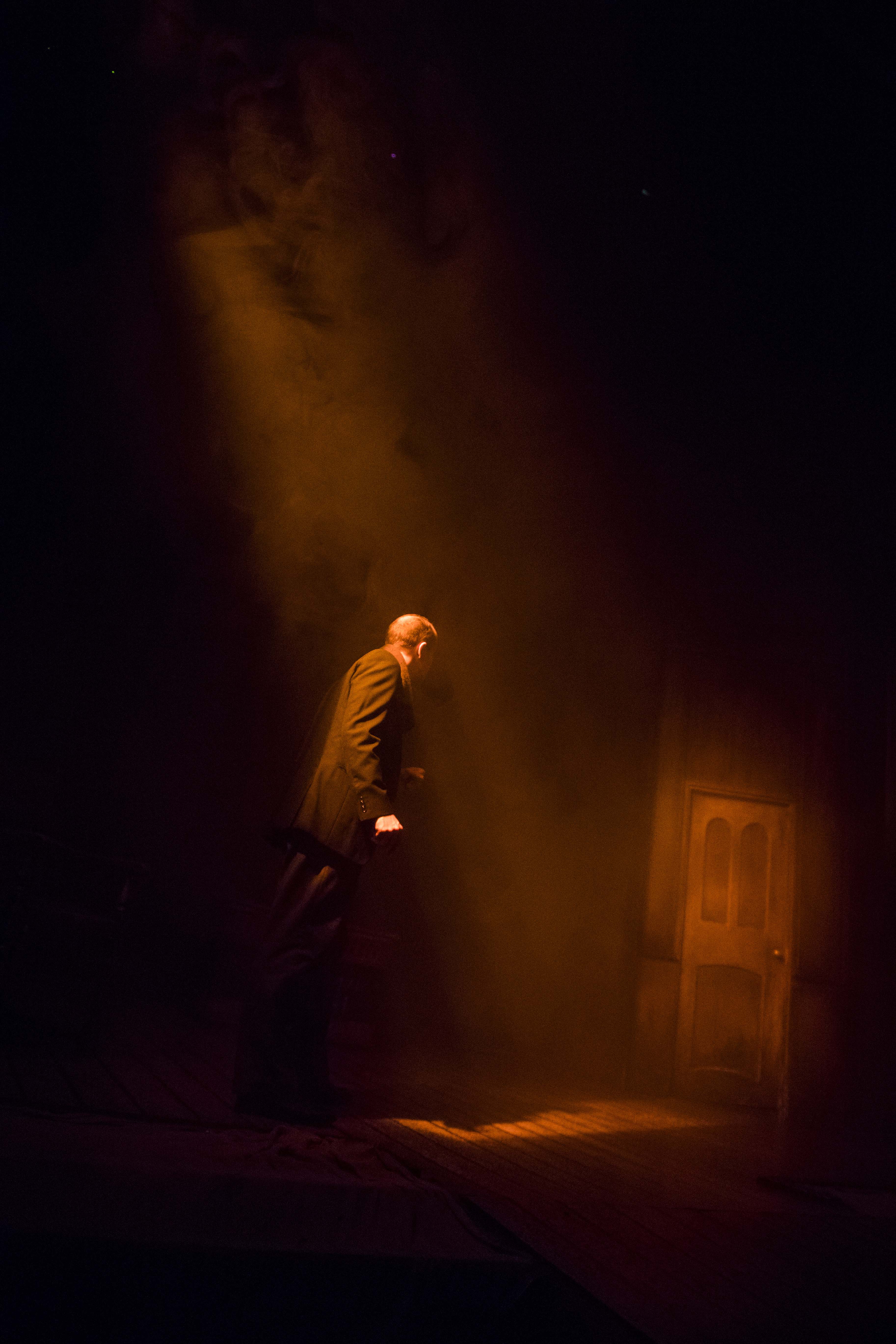 This is what gives the play not only the structure but also much of its charm and humour. For it isn’t all gloom and doom and things that go bump in the night. Like the best horror stories, the dark is made even darker by the lightness of the humour that flashes through it. The tale jumps between the present day narration and the acted out events of the past, but despite the superficial complexity of actors playing multiple roles in different timeframes, it is so cleverly done, through use of accent and costume, that the plot is easy to follow. There’s also a wake-up call for anyone who thinks acting is easy, and while putting on a character’s glasses helps the elderly Kips to assume to role he is meant to be playing, there is a repeated emphasis on the ‘time and tears’ it takes to achieve real skill.

Indeed, real skill there is in abundance. This tale is beautifully told, and the play within the play works particularly well in this theatre, which is itself haunted. There is a constant building and release of tension, drawing the audience into the narrative so they know something is going to happen, but there were still screams and jumps aplenty when it did. Credit for this also goes to the technical side, as the use of lighting and sound (commented on by the elderly Kips), virtually unchanged since the first performance 30 years ago, is a masterclass in how simplicity can be more effective than the most lavish special effects. Indeed, the combination of acting skill, excellent script and technical expertise means performance is more than just a play, with the audience playing their own part in the drama and a palpable sense of community increasing with every shock and every laugh.

Swap the screen for the scream. This is storytelling at its best.