Aria Arts production of Hair is currently showing at the Empire Theatre in Liverpool as a part of its UK tour. Originally known for its controversial topics that were first performed in the late 1960s, this rock musical is truly not one to be missed! It was an hour to be able to join the tribe for the night.

The UK tour revival of Hair exploded onto the stage, in a wiz of colour of and excitement. Despite some technical difficulties that caused the show to stop and restart, all of the cast continued with bounds of enthusiasm. Hair tells the story through a lot of song, opening with the beautiful Aquarius, of a group of free-spirited American hippies who are fighting against the war. Particularly, Claude, who is resisting against being called up to fight. 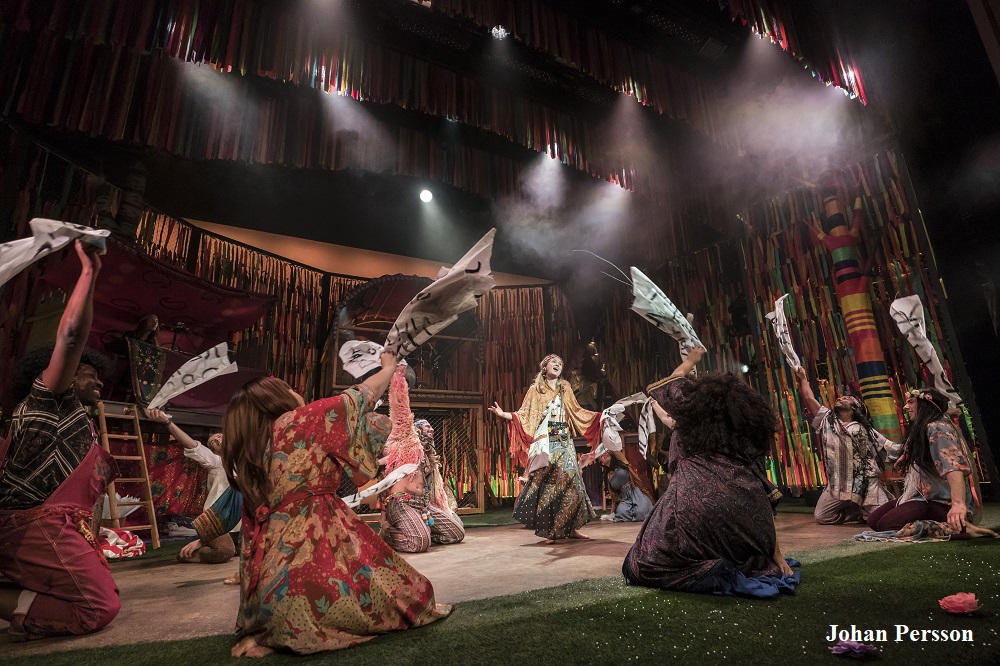 Watching this show during Trumps presidency, who briefly got a mention at the start of the show, it seems more apt than ever that as the audience we take on the message of Hair, standing up for what we believe in and ‘making love not war.’ This message was given to the audience by the use of protest banners being held up and then changed into a peace sign, which was remarkable to see the transformation.

Maeve Black’s costume and set designs also must be commented on, for their beauty and authenticity. The stage was covered in wonderfully coloured streamers as well as each character being beautifully dressed, in either long beautifully decorated jackets, flared trousers, or colourful dungarees.

With the band on stage playing all of the songs, the energy erupted and the stamina the cast had throughout the performance was incredible. Each cast member looked as though they were having the time of their life. Alison Arnopp’s portrayal of Jeanie was beautiful, with her voice enchanting the audience through one of the more serious songs of the show, Easy Being Hard, then filling the audience with hope and laughter during Good Morning Starshine. Other highlights were the eponymous song Hair, where cast members took to the audience and touched people’s hair. This song portrayed pure joy and acceptance.

This explosion of song, dance and pure joy onstage was a pleasure to watch from the beginning, right until the end with the closing song ‘Let the sun shine.’ I would urge anyone who gets the chance to go and watch this feel good show, you won’t regret it!