‘Someone’s head resting on my knee, warm and cosy as he can be. Oh wouldn’t it be loverly?’

My Fair Lady became the longest running show on Broadway, after it opened in 1956, but its film adaption, starring Audrey Hepburn and Rex Harrison, is the version that a majority of people know, love and recognise. Telling the story of phonetics professor, Henry Higgins who stumbles across cockney flower girl, Eliza Doolittle and Higgins takes a bet that he can teach Eliza to pass off as a lady, through speech and pronunciation lessons. With famous songs, such as ‘On the Street Where You Live’, ‘Wouldn’t it be Loverly?’, ‘Get me to the Church on Time’ and ‘I Could have Danced all Night’, the book and lyrics by Alan Jay Lerner and music by Frederick Loewe makes a great musical based on George Bernard Shaw’s book, Pygmalion. 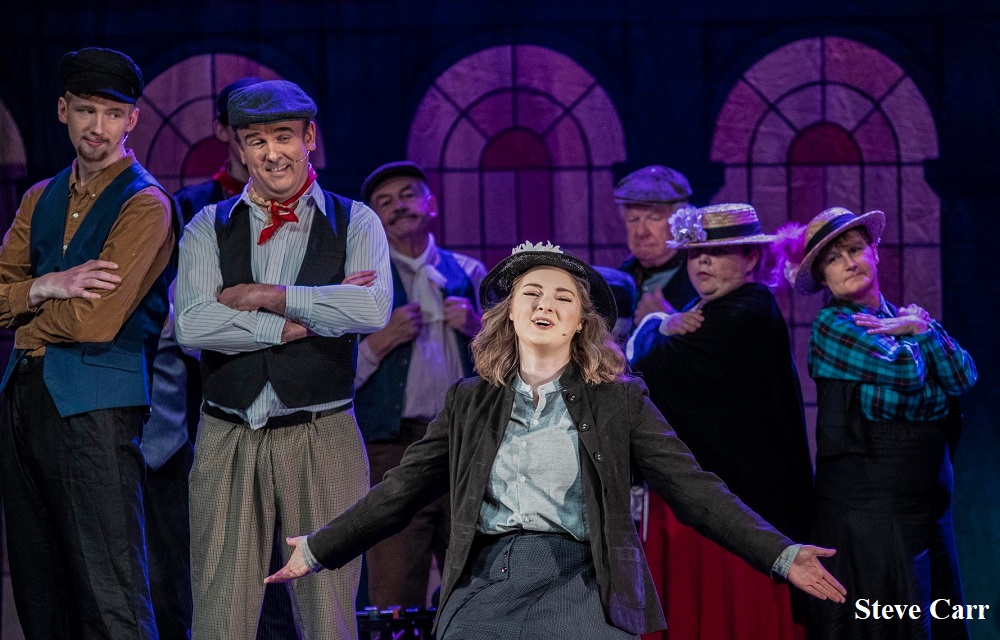 St Paul’s Musical Theatre Company has been producing musicals for many years and are known for their great theatre productions, so the bar was set high for this production of My Fair Lady.

During scene changes, the production felt a little disjointed and gave the impression that they were not fully ready. However the cast were strong and gave great performances. Rebecca Hulse shone as Eliza Doolittle and the audience truly went on a journey with her. The only thing I could say was wrong with her performance, was that ‘Wouldn’t it be Loverly?’ felt too polished! She worked extremely well opposite David Oliver as Henry Higgins and it was clear to see why these two were given the leading roles. They clashed well when they needed to, and had a great student/teacher relationship. John Phipps slotted in nicely as Colonel Pickering and cemented the trio perfectly. Mrs Higgins was played meticulously by Janet Bird, and was probably the favourite performance of the night. The rest of the cast were a great ensemble, even if at times it felt that there were too many of them on the stage.

The musicians were led well by Sian James, but during the scene changes they had to improvise, if it was taking longer than expected and then it seemed to stop abruptly, but they did well to try and minimalise the audience noticing. The sets were clever and interesting, and the costumes were well put together and fitting of the period.

Overall, it was an enjoyable evening, just a little more attention to the off stage details would have meant that it would have been a night to remember!