Lear’s descent into madness while the storm rages about him is one of Shakespeare’s most memorable scenes. The once all-powerful king, reduced, through his own arrogance and the malice of his daughters, to an impotent old man, raging at the elements which seem to have conspired against him, is always a key moment in any production of the play. But it’s arguable that it depends on the supporting cast for its poignancy to be fully realised: the loyal Kent, sheltering his master; the Fool, displaying the blackest of black humour in his commentary on Lear’s plight; and Edgar, betrayed, and forced into a desperate disguise as a Bedlam beggar adding another layer to the madness. How then might this, and other crucial scenes in the play be performed as a one-man show?

At The Burgess Foundation, Bob Young brought Frank Bramwell’s reworking of the play to life in an impressive performance. Young has been touring this production for four years now, and he lives the part, inhabiting with impressive conviction the mind of the proud yet “foolish fond old man.” This version of Lear is an intense, hour-long examination of the central character’s psyche, as he reflects, sometimes with bitterness, sometimes with confusion, and sometimes with delicate tenderness, on his life. 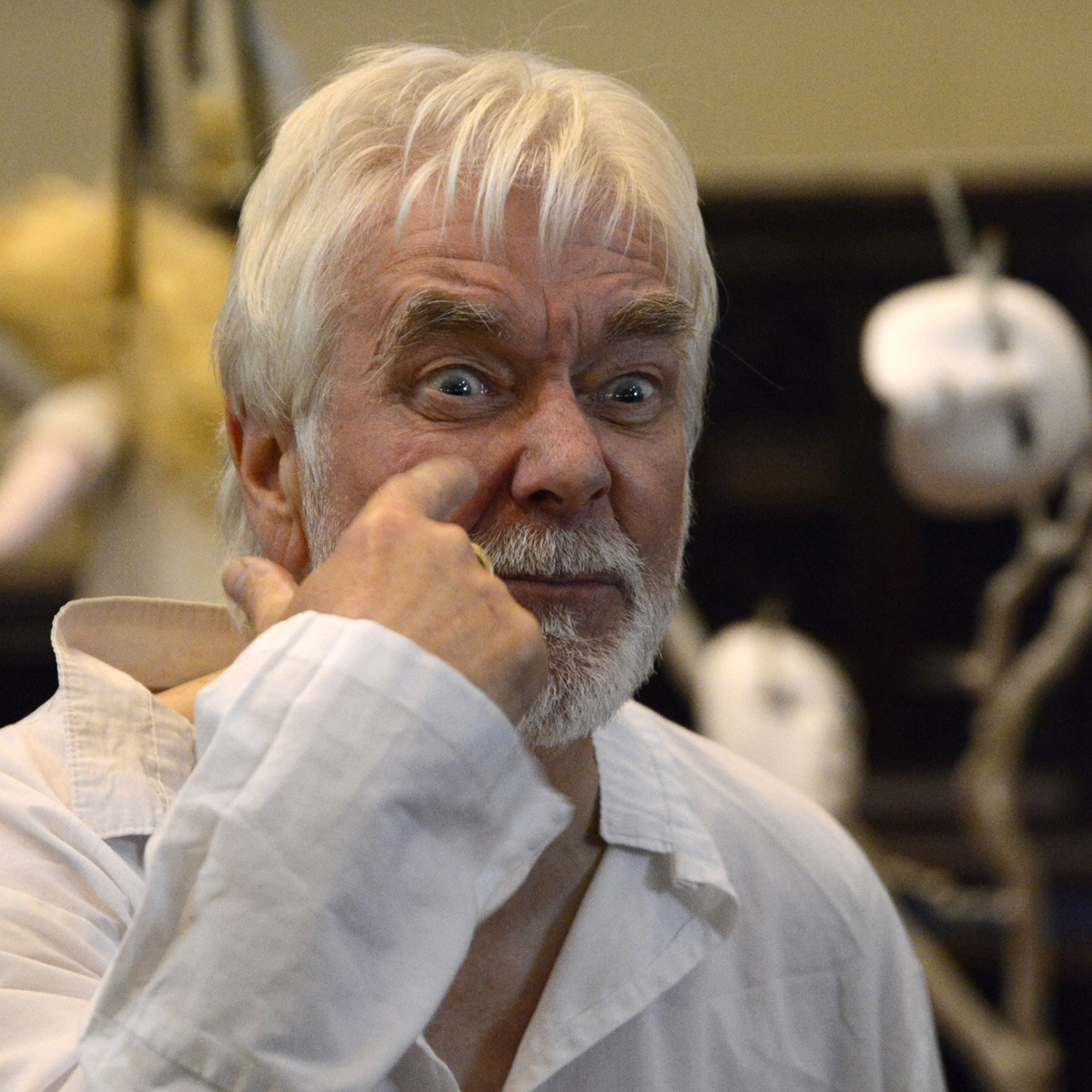 That climactic scene on the heath is where we start, with Lear’s familiar invocation to the elements - “Blow, wind and crack your cheeks! Rage! Blow!” - leading to what is, in effect, a series of flashbacks recounting the circumstances which led to his banishment. Although Lear is alone, at least the Fool, embodied in a rather grotesque doll, is present, to silently receive the king’s angry denunciation of his daughters. Bramwell’s script incorporates much of Shakespeare’s, but he also interpolates, rather daringly perhaps, his own lines, often in Shakespearean style. This takes some chutzpah, and for the most part, the new lines work well, and deepen our understanding of the character. Bramwell also introduces some back-story for Lear, which provides some further support for the way he favours Cordelia among his daughters. Some of the other interpolated lines seem rather at odds with the grand blank verse of Shakespeare; a more contemporary tone and language characterises them, especially those lines where Lear muses on his own existence. At these points, the play seems almost Beckettian. Bramwell also recycles some non-Lear lines: it was a surprise to hear Lear utter Gloucester’s line “I stumbled when I saw.”

Of course, in a one-man production, the play stands or falls on the quality of the actor. In Bob Young, King Lear (Alone) has at its core a wholehearted and committed performer, capable of conveying the quicksilver changes of mood that epitomise Lear’s character. Interestingly, in a short question-and-answer session after the performance, he suggested that perhaps Lear is already suffering from dementia at the start, and the conflicts with his daughters lead him further into madness. Young’s command of the role is evident from the outset, and he is equally at home with the ranting, defiant king as he is with the broken father weeping for the loss of his favourite daughter. He is particularly effective in the passage where, departing from Shakespeare’s text, he recounts his love for Cordelia’s mother.

The play is presented starkly, with a few props and no effects. A soundtrack provides some of the sounds of the storm and some suitably atmospheric music. In the intimate setting of the Burgess, Bob Young gave full value to a tiny audience, maintaining his intensity throughout. This was a thoroughly satisfying and thought-provoking reworking of a familiar play. King Lear (Alone) continues at the Burgess Foundation on the 19th and 20th July before heading for the Edinburgh Fringe. www.greatermanchesterfring.co.uk