This off-beat, satirical comedy is being staged at the equally off beat and self-proclaimed “biggest smallest bestest theatre space in Manchester”. Apart from the grammar and lack of punctuation, I’d almost certainly agree with that bold statement. To the uninitiated that means the secret arches of 53Two, a hop, skip and jump from Deansgate Castlefield Metrolink station.

Hivemind Theatrical Solutions is made up of six graduates from Chester University. They are quick to point out they are “not an IT company. We can't help you with your WiFi problems. We make plays.”

Pretty Evil was inspired by Marvel comics and looks at the antithesis of the supervillains that we all know and love to hate; it focuses on the ones who aren’t all that super or villainous and are bogged down with mundane issues such as funding and branding, rather than getting on with the ultimate goal of supreme evil. 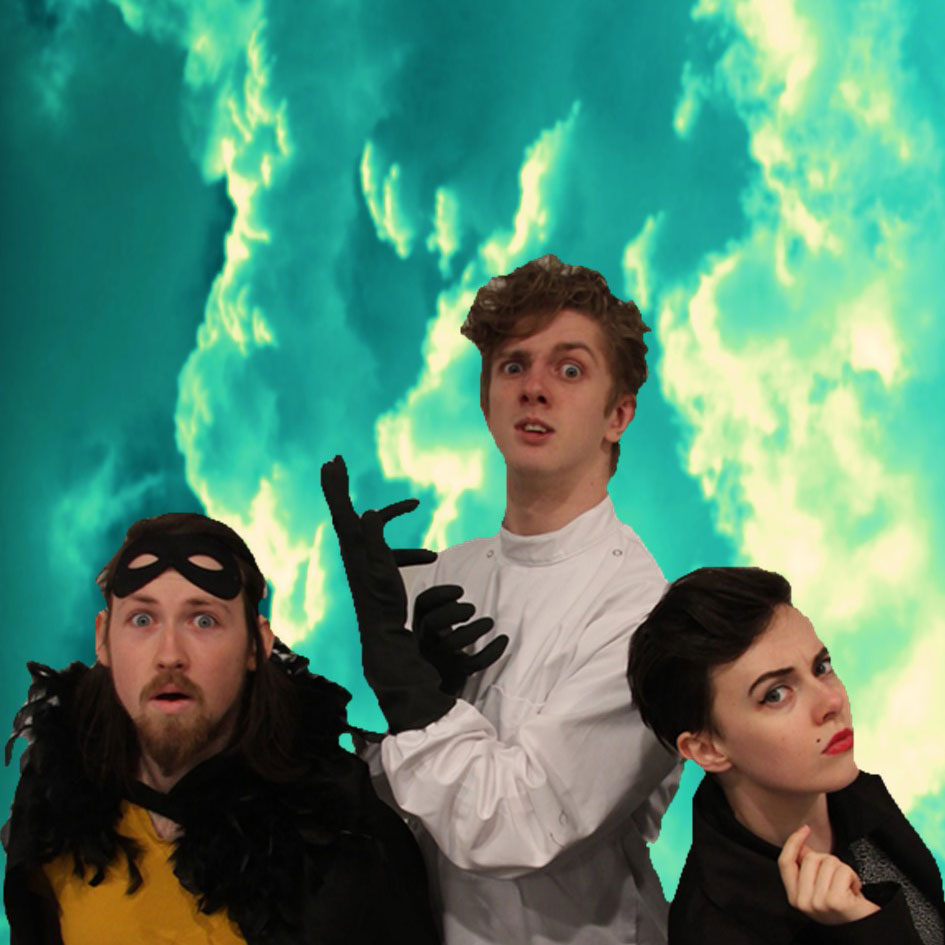 This weird and (mainly) wonderful show opens with Newsnight-style presenter, Diane Newsmore (Debra Deakin), who is essentially a self-aggrandising and sensationalising TV journalist. She reveals the basis of the plot: a new wave of costumed supervillains is on the rampage causing little or no carnage and leaving no devastation in their wake. The group is very small and are so inept they present virtually no risk to the public whatsoever, but by the end of the article, after much word-twisting, Diane Newsmore has the public believing the end is nigh.

We then cut to the arch villains themselves; Doctor Thunder (played hilariously by the writer of the piece, Rhodri Hales) looks like a mad scientist in white wellies and a lab coat with three lightning strikes down the front. He has the most amazing, booming, theatrical voice. He alternates between an awkward bumbling kindness and maniacally evil rhetoric, when his voice is projected to the back row. (Admittedly, there are only two rows, but even so...)

His hapless sidekick, Mega Matt, (Matt Garside) doesn’t seem to grasp what being an evil mastermind is all about. The character is very endearing and the actor is a genius of comic expression and timing. Together they make an impressive double act. The final member of the trio of baddies is sneering and disdainful Lady Killer (Lucy Jones). She is a lady and she kills, rather than a killer of ladies, as she points out regularly with a sigh and a role of her eyes.

Battling them, equally ineptly, are two community support officers. (The baddies aren’t important enough to warrant real police attention.) The female officer (Lindsay Reeder) is excitable and overzealous, while the male officer (Nick Wright) comes across as the voice of reason, if there’s any reason to be had in the piece. And there probably isn’t. He very ably portrays angst, anguish and weary common sense. He is obsessive about the plight of the world’s bees, their possible extinction and the catastrophe this could cause. He is almost like the straight man in a troupe of bizarre and colourfully over the top characters. Until the final scene that is, which is bizarrely leftfield (no spoilers here). The image stayed in my mind as I travelled home on an overcrowded tram.

The whole thing is surreal and completely “out there”. It’s whacky, quirky and very, very silly. There are some seriously funny moments, though I did feel at a couple of points it could have been tighter and there were a few scenes that I thought worked less well than others, but overall this is highly enjoyable, silly fun. For me, the strength was in small moments of comic timing, characterisation and performance.

Catch something Pretty Evil when it rears its head again on 27th and 28th July.