Rescued is the latest work of talented comedian Nina Gilligan. After a slightly rocky start, Rescued reveals itself to be an intelligently constructed and extremely witty creation. Delving into themes of mental health, relationships and recovery with a dark sense of reality and authenticity, this new play faces tough topics brazenly and with a bold humour.

Our protagonist Alice is a depressed middle-aged woman who is made to confront her situation and attend painfully but hilariously ‘mindful’ group CBT sessions. Cleverly balancing parallel narratives, Rescued follows the process of how someone, or something, can unexpectedly be the salvation Alice needs.

It is evident from the off that Rescued was produced by someone skilled in writing punchy one-liners for themselves. But beneath the shimmery surface of wit lie some very valid observations of and frustrations with the mental health system. Performing Alice with attitude and depth, Nina depicts very real anxieties and everyday communication issues with a gloriously dark humour. 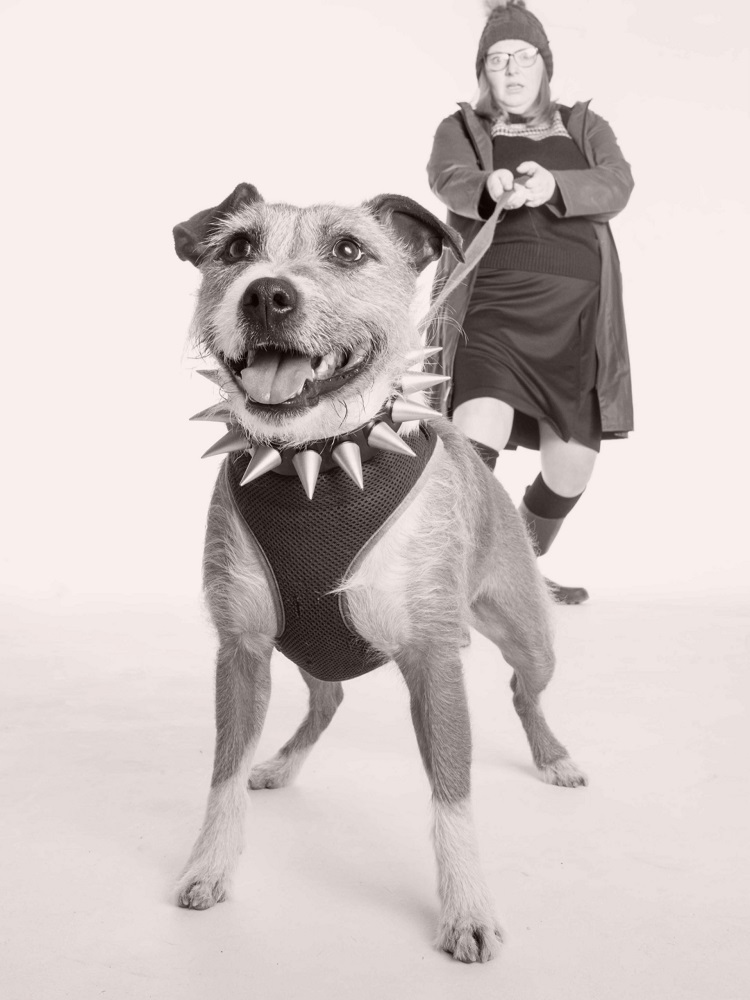 Nina Gillian’s comedic safe zone of short form stand-up has found its way into Rescued’s structure, as the 60-minute one act play is split into very short choppy scenes. At first this pace gives the narrative an abrupt, jolting feeling but the on-stage guitarist smooths over the transitions. These musical interludes enhance the shifting scenes, times and comedic moments and provide a much needed extra dimension.

The micro scenes do, however, draw attention to the very simple changes of costume and set that seem clunky under the constant light, especially with the actors’ visible attempts to remember what comes next. While this production’s straightforward theatrical modesty creates space for characters and keeps the focus purely on the important themes, a little more thought into the lighting, set and staging would go a long way.

Despite the few mistakes throughout, the energy, chemistry and banter between the actors keeps the play together. The two supporting actors are strong and versatile yet keep the attention firmly on Alice.

Though a little rough around the edges, Rescued is impressive for a first attempt at a new genre and form as Nina’s talent for witty, comedy writing and heartfelt, realistic characterisation shines though. While this is no perfect performance, I’ll be looking out for Nina Gilligan’s work to come.