An hour-long play by Tim Keogh, about the youth of Steven Patrick Morrissey, singer and frontman of Mancunian band, The Smiths.

It follows the home and school life of the teenage Steven, a quiet and withdrawn teenager obsessed by the music of Bowie and T-Rex and the whole glam rock scene.

The play opens in the Morrissey family’s Streford home – watching TV in the evening and Dad being outraged by Bowie, circa Ziggy Stardust “Is it a boy or a girl? Decent people might be eating their tea!” From homophobia Dad slips into casual racism, declaring “I’m not a racist! I like the Black and White Minstrels!” which gets a politically aware 2017 laugh. There is very much a “them and us” theme, starting with incoming “foreigners” who are viewed with suspicion, but as Mother points out, they themselves were harshly treated for being Irish Catholic immigrants and later Morrissey will feel alienated by his sexuality. 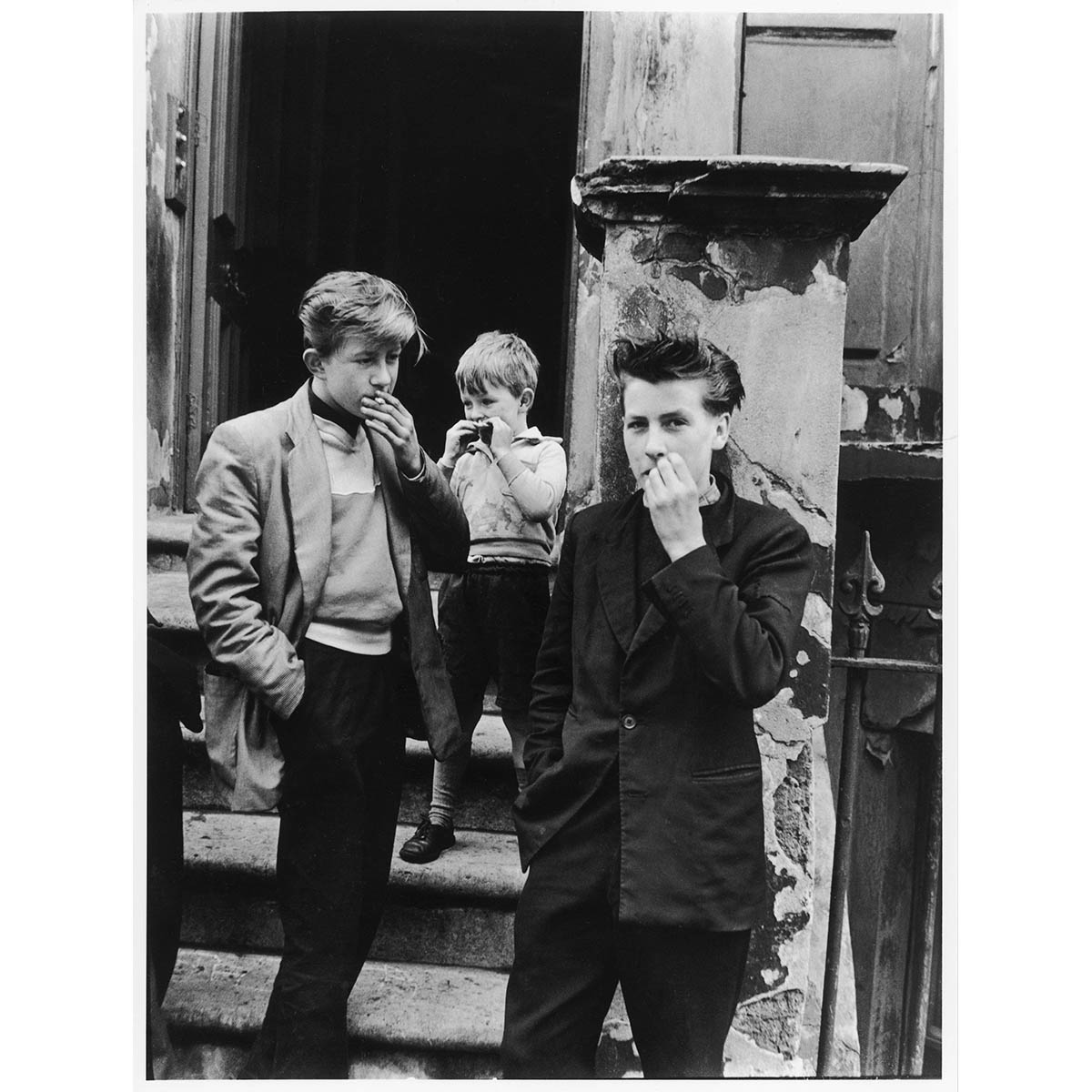 “Dad” (Adam Waddington) is a brash alpha male – it isn’t a character of any subtlety; he is a meat-and-two-veg, in-your-face working man who would rather his son liked football and girls than sitting in his room listening to cross-dressing singers and scribbling poetry. It is a strong performance delivered with an equally strong Irish accent.

Elizabeth Poole as “Mother” is nicely maternal and sister Jackie, played by Beth Hunter is a larger-than-life teenage girl obsessed with music and boys, but both are supportive to the young Steven.

Steven himself (Daniel Murphy) is perhaps the least defined; he is shy and introverted, but I think there would be so much more impact if the character had been more like the Morrissey we know, the Morrissey he became: fey, self-indulgent, theatrical, acutely intelligent and spouting Oscar Wilde – perhaps this is a more accurate depiction of how Morrissey was at this age, but it is less theatrically pleasing.

Luke Halliwell and Daniel Paul make an impressive and comedy pairing as Steven’s classmates, a pair of Rusholme ruffians. There is a strong performance – or rather performances – by hard-working Ethan Holmes, who plays a vicar (without tutu), ritual headmaster and mugger – all loud and aggressive male characters, but all different and convincing.

There were a couple of moments that could have been tighter, such as Steven trying on his new “glam” shirt, when there was no dialogue and it was just dead air, but overall I found the hour to be very well-used and I was absorbed and entertained. There are a few song titles and lines thrown in for comedic effect, “a buck-toothed girl in Luxembourg” and references to “Strangeways” which the audience enjoyed. There is an amusing scene at a party where a girl tries to kiss Steven and he bends further and further away from her to try and avoid her. Later that night Steven is mugged and beaten up which leads to an outpouring of his emotions into his poetry, which is perhaps the final transformation of Steven into Morrissey and heaven knows, he’s miserable now.

I felt it became a bit rushed at the end. Dad is no longer living at home, this is just mentioned fleetingly without explanation. Despite revealing his sexuality to his sister, this charming man suddenly declares undying love for another girl he met at the party, but is rebuffed. The play then ends abruptly with him revealing he has met a boy called Johnny, a guitarist, and they might form a band. And Steven, rather self-indulgently, declares himself to be “the boy with the thorn in his side” at which point the lights go down. It’s a cheesy ending but for me it works. The Smiths single “The Boy With the Thorn in His Side” predictably belts out as the cast take a curtain call.

It didn’t feel like the most polished of scripts, but I was thoroughly entertained and totally engaged. If you like the Smiths you should enjoy it; if you don’t what difference does it make?