Tonight at the King’s Arms, I had the pleasure of viewing ‘Watching Goldfish Suffocate’ written by Dave Degiorgio and Craig Hepworth. From start to finish, I was captivated by Dave Degiorgio’s performance. The play is a true story based on Dave’s life in which he wrote whilst he was in a mental health hospital due to his subsequent diagnosis of psychosis.

The script is meticulously written as it captures the debilitating effect it can have upon each individual suffering with the taboo subject that is untreated psychosis, depression and anxiety. Dave manages to portray both his struggle and his journey to cope with his illness. Every aspect of Dave’s decline is covered through his temperamental relationship with his girlfriend, friends and family.

The play allows you to immerse yourself into each diverse scene however the fake smoking could maybe take a cut. 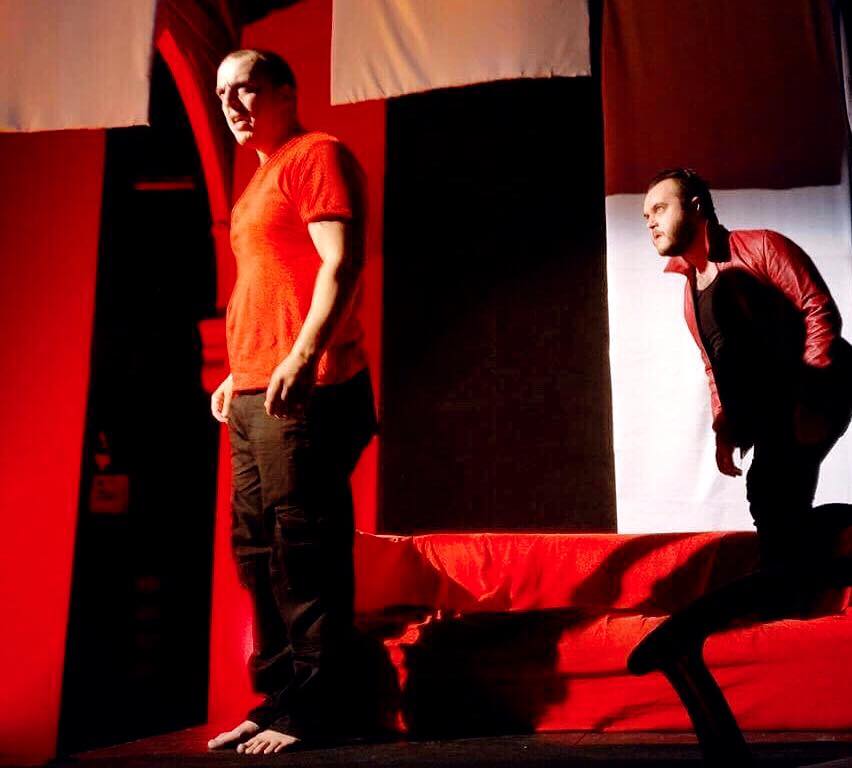 The direction from Craig Hepworth was somewhat sensational and imaginative. Craig manages to portray the mental state of Dave through his fellow actors, the music and the surroundings creating a hypnotic theatrical experience. The dedicated cast of Celine Constantinides, Joe Slack and Benjamin Corry played multipole roles throughout and Benjamin played Dave’s inner demon. I felt the role of the demon was an integral part of the play, it made you feel empathy towards Dave and understand his torture. Dave spent the majority of the play red-eyed, tearful and twitching severely to depict the severity of his mental state and it truly had an effect on us as audience members.

Both Craig and Dave’s approach to demonstrate the struggle of mental illness was undeniably effortless. They managed to write the script to be both stylish and witty without the subject matter ever becoming trivial.

Watching Goldfish Suffocate takes you on a journey of romance, laughter, tears and chaos. Dave’s line, “No matter what’s going on in the world, there’s always someone worse off” left a lasting impression. This play is not one to be missed, it widens your awareness to mental health issues and is also a beautiful production.