Years ago, Manchester, appropriately for a radical city, was the place to go for Brecht: the Contact theatre generally produced one of his plays every season, and it was probably there, thirty years ago that Brecht’s early one-act farce A Respectable Wedding had its last outing in these parts. This new production, by the newly formed Root & Branch Theatre Company, based in Huddersfield, is staged in a new venue, 53two, under the arches off the Deansgate Castlefield tram stop in a space that was, last time I looked, a showroom for the sort of posh cars that footballers favour.

The play is, in some respects, not typical of Brecht: it’s quite realistic, with none of the alienating devices he used in his later work. It’s also funny, in that squirmingly uncomfortable way that wedding receptions often are. Brecht wrote this in 1919, and his target was doubtless the stuffy German bourgeoisie who were often the subject of his satire. Here, in a witty translation by Rory Bremner, the scene is updated to the present day, so the satirical aspect is perhaps lost, but it does not detract from a lively and fast-paced ensemble piece, containing a cameo for each character. 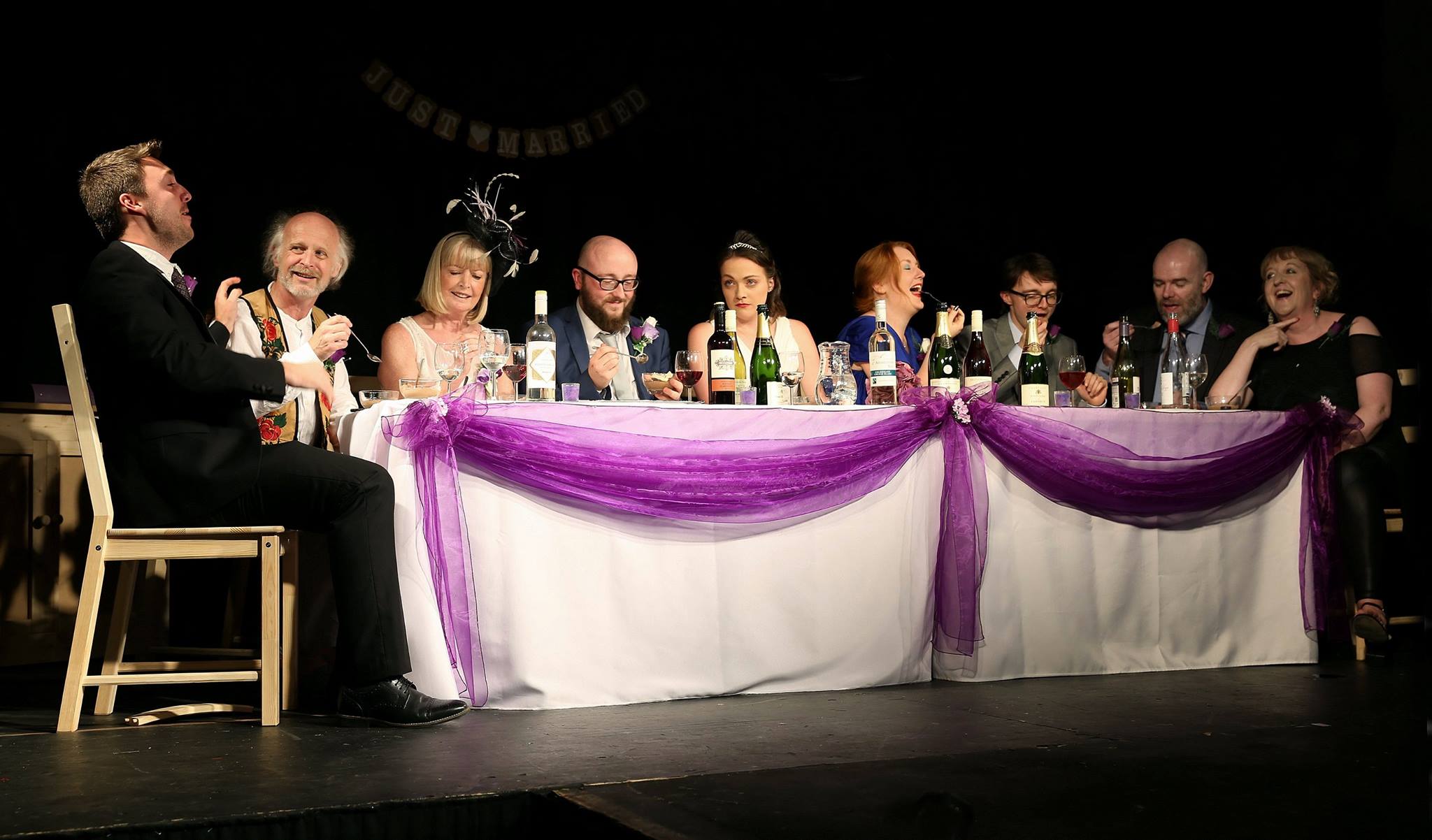 We are, evidently, at the home of the newly-married groom, who is celebrating with family and friends. Drink has flowed, and some home truths are going to be revealed. That’s if his father is ever going to stop his interminable boring anecdotes. In one corner, in a terrible omen for the newlyweds, a long-married couple bicker incessantly. The bride’s lubricious sister is getting off with a young man, and the groom’s best mate is getting steadily more drunk. Inevitably, tongues begin to loosen, and the wedding celebration degenerates into a shambles.  In one of Brecht’s less subtle metaphors, the furniture that the groom has spent five months constructing, begins to fall apart. We are on the way to a chaotic conclusion.

Joe Geddes as the groom (Brecht doesn’t give many of the characters a name) is excellent, moving seamlessly from smug pride to raging despair. Poppy Stahelin as Maria, the bride, projects just the right mix of innocence and experience for the role. Prue Griffiths and Richard Watson as the couple who can’t even wait to get a room, and Mark Comer as the bride’s yawn-inducing father, are pitch-perfect. James Sharpe as the groom’s friend, kick-starting the mayhem by reciting a smutty poem, makes the most of some of the play’s best lines, and the rest of a strong cast revel in the cringeworthy awfulness of a situation that probably everyone in the audience would recognise.

The play works well in the intimate theatre space, with the occasional rumble of a tram in the background, and the director Lynne Whitaker has rightly kept things very simple. Root & Branch are to be commended on this very successful version of Brecht’s play, and 53two for their vision in creating this innovative arts hub.