Bleeding with Mother is a wonderful northern black comedy set solely in the front room of the family home. Siblings Randall and Carol spend the evening before their mother’s funeral discussing all the things going on in their life. They squabble over unresolved childhood issues and whether what their mum Sal has chosen to be buried in is suitable.

They are quickly joined by nosey neighbour Sheila and her drunk husband Doug. It becomes clear that all is not quite what it seems when the discussion turns to Sal’s will and apparent hidden treasure trove in the family home. 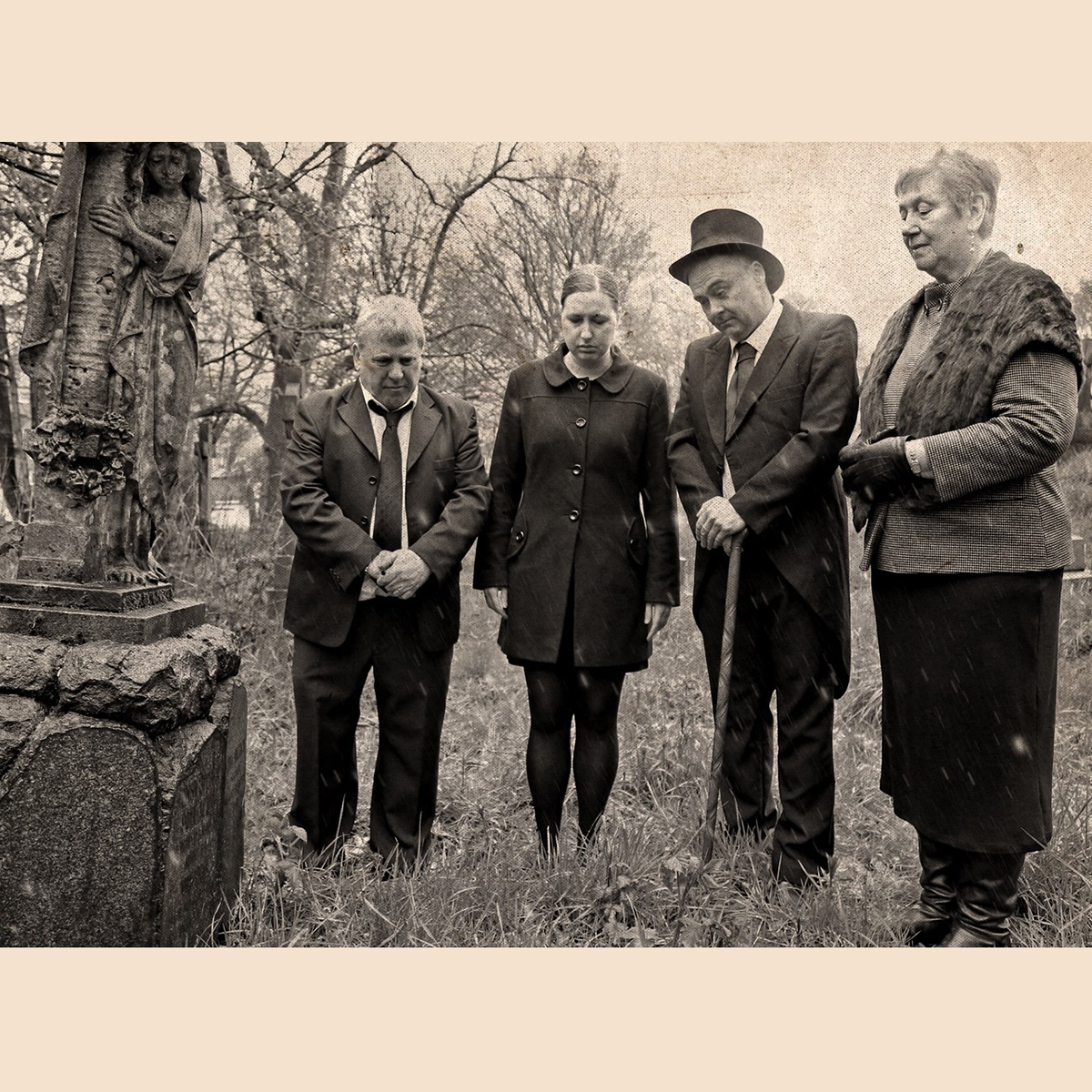 The play is currently being performed at 53 two’s pod space which provides a great blank canvas to this quirky set. It features a full size coffin at the centre and a wealth of moving boxes and seating. The eery coffin provides much of the comedy in this piece as the cast frequently go over to it and talk to the departed Sal. The four characters even eventually decide to move it to a spot where she would be happier.

The stand out performance in this production comes from Jennifer Derbyshire. She plays the part of the boisterous, nosey neighbour Sheila perfectly. Her comic timing with her line delivery is superb and had the audience in stitches throughout. Her character decides to conduct a séance which she managed to pull of wonderfully. She never broke character for a second and her humorous mannerisms were on point.

The play end on a high note and explores how siblings can come closer through the death of a parent. The fantastic writing manages to make a show that could quiet easily be morbid absolutely hilarious along with moving the audience at the same time.

Bleeding with Mother is on as part of the Greater Manchester Fringe and runs until the 6th July.