As the beast from the east batters England and Buxton is engulfed in snow with -9 temperatures; there’s only one thing that can warm your cockles, and that’s an old fashioned comedy so it’s a good job the Opera House was open for business with Some Mothers Do Ave Em stopping here on its UK. Tour.

Most people will remember the classic TV Series starring Michael Crawford as the infamous Frank Spencer with outlandish stunts and a complete lack of common sense, well now it’s back with a brand new stage adaptation starring Joe Pasquale as Frank complete with beret and full length Mack.

As the show opens and the theme tune starts to play, I was taken back to being at home as a child sitting down as a family watching the old television series, the stage show is set in 70s and features a lavish stage design set in the Spencer’s home which is extremely clever and full of tricks and all sorts of wizardry. 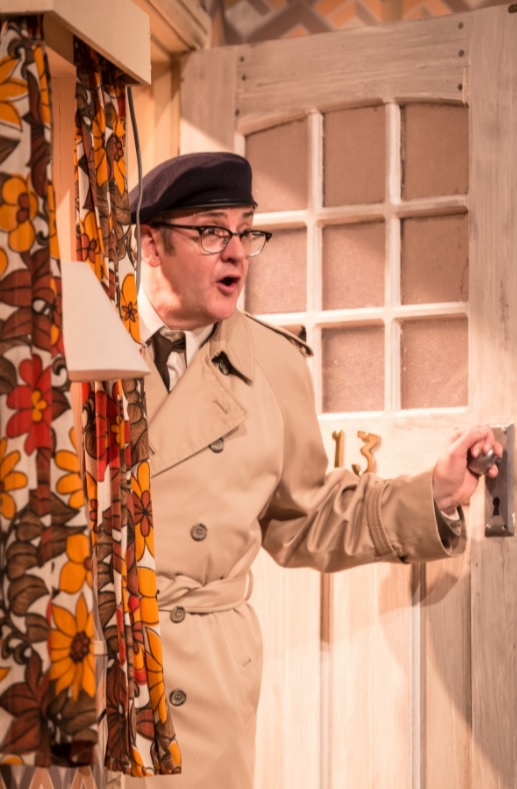 I was a little worried when I first found out about this stage adaption, could it really compare to such an iconic TV Show, but I needn’t of had any concerns as this production is Hilarious with a capital H.

The script really sets this show apart; its razor sharp and I think the best way to describe the experience is simply 2 hours of laughing. The cast are perfectly chosen with Joe taking on the title role and really embodying the character, I’d say it’s Pasquale Playing Frank Spencer as opposed to playing Michael Crawford but this was definitely the right way to go as he put his own slant on it and makes the role his own.

The women suffering Frank’s incompetence in this stage show are Sarah Earnshaw who plays the long suffering Franks wife; Betty and Susie Blake who plays Frank’s disapproving mother in law, Barbara, both are wonderful comedy actors, Susie delivers a real stand out performance with perfect timing and expressions.

Moray Treadwell plays both Mr Luscombe and Mr Worthington and acts as a wonderful straight man for Joe to bounce his lines off. David Shaw Parker plays the priest who gets caught up in the caper and Chris Kiely completes the line up playing a number of different roles.

The cast is perfect, the script is hilarious and the staging is very clever, this is the ultimate feel good comedy for the stage!