The punishment of Russian spies is a current news topic, giving the latest production in the Main House at Theatre by the Lake Single Spies, a new edge, writes Karen Morley-Chesworth.

While today the focus is on how the Russians respond to their traitors living in England, Alan Bennett’s double bill looks back to the 1950 and how the British establishment viewed their double agents living in Soviet Union.

The opening play An Englishman Abroad, focuses on the life of Guy Burgess, one of the Cambridge spies. When the Shakespeare Memorial Theatre tours Moscow actor Coral is invited back to his apartment.

Karen Ascoe as Coral and Theo Fraser Steele as Guy Burgess work perfectly together. The Australian actor and the English outcast spend an afternoon together. He holding onto his class and background by the threads of his clothing. She feeling sorry for a man who has lost everything for his political beliefs. 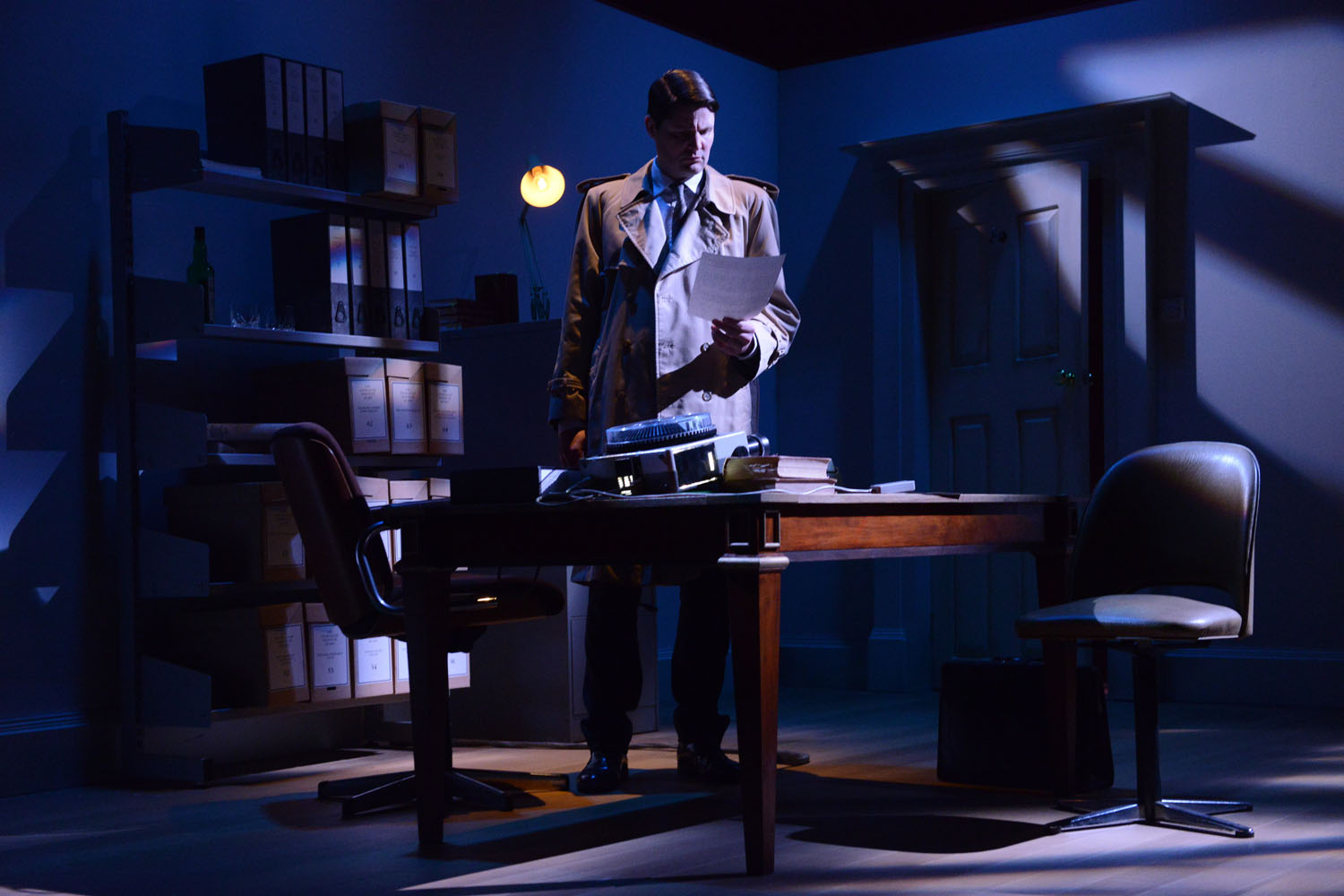 Fraser Steele has been well cast, bringing the character, wit and pathos of Burgess to the fore. Toby Vaughan as Burgess’s Russian lover Tolya may be a small role, is charming and highly entertaining.

Bennett’s script is sharp, humorous yet captures the sadness of a man caught between two worlds – East and West.

The second play of the evening, A Question of Attribution focuses on Anthony Blunt, another member of the Cambridge spy ring who lived as a known double agent in English society until being publicly unmasked in 1979.

James Duke as Blunt gives an excellent performance – as the Surveyor of the Queen’s pictures. Under constant scrutiny and questioning by MI5, he continues to work as part of the Queen’s Household and this short play captures a meeting of the two in Buckingham Palace.

Duke brings perfect timing to the role – and maximises the opportunities of every word Bennett has carefully crafted together to highlight how secrets and lies have been part of the established society for generations.

The discovery about the misread provenance of a painting captured the pretence of Blunt and his communist friends in British society. The faces of two becomes three and more hidden figures – in the panting and within the ring of spies.

Karen Ascoe once again gives an amazing performance, this time as the Queen. Her portrayal of the monarch is sympathetic and realistic.

Theo Fraser Steele returns as the working-class interrogator Chubb, with aspirations and drive to better himself.

The sets for both these plays are on the revolving stage and capture the era beautifully – and each turn creating a different shadow and appearance of the objects before you. The portrait frames of the opening scenes fly away to reveal the real characters which lay behind the façades on display to the public. Louie Whitemore has done an excellent job of design to capture the mood and feeling of the time, place and tale. Tom Littler’s direction makes this classic piece fresh for a new generation.

This production has been well cast, with great performances to equal the brilliant scripts by Bennett. This is a great look back at modern history, and the divide of the cold war not only between the East and West but also between scholars and members of the British establishment.

Bennett’s double bill opens at Theatre by the Lake at a poignant time, and gives a new perspective on personal beliefs and the actions they drive and our view of truth with the benefit of hindsight.

Single Spies by Alan Bennett run at Theatre by the Lake 24th October 2018. For details and to book tickets visit www.theatrebythelake.com