Mark Watson is no stranger to the comedy scene, having toured the UK for many years, and frequently popping up on the likes of Mock The Week, Would I Lie To You, Live At The Apollo and Never Mind The Buzzcocks. I've been lucky enough to watch him several times, both at the Edinburgh Fringe and regional theatres, so I went into this evening with a good idea of what I was going to see, and reasonably high expectations.

There is no warm up act, and to be honest, he doesn't need it. In fact, Watson barely gets an introduction before starting his performance in his trademark awkward style, chatting to the audience, picking out latecomers, and seemingly saying whatever pops into his head. According to our designated 'timekeeper', it is almost a full 30 minutes before he actually starts on his only rehearsed material, a story about a plane journey to Australia. 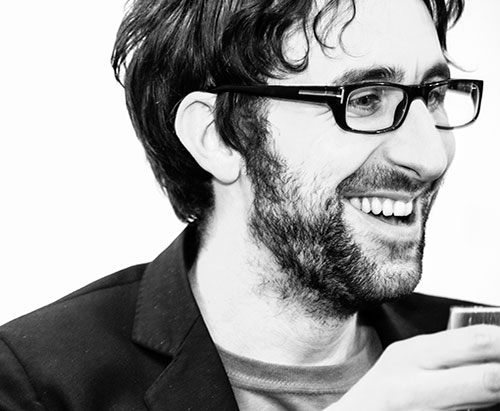 Some might tire of the ramblings of a 30­something man, but that is precisely what I love about his act. He constantly goes off on tangents, seems unable to stick to a topic without being distracted, and is ranty without being confrontational. The result is a very relaxed and comfortable atmosphere, and I could quite literally listen to him prattle on for hours! I also love the way he is so conversational with the audience ­ there is no fear that you will be 'picked on', but a hope that you will be involved in some friendly banter.

While Watson is not known for his jokes, he makes several observational remarks including reminiscing about Woolworths, the perils of supermarket shopping and the nightmare that would be the administration involved in opening Jurassic World. The whole routine has a nostalgic feel to it, and there is a real sense of Watson having grown up, with the references to his wife and kids, and the dropping of his comedic Welsh accent.

It's clear to see that the audience love him. A highlight for everyone was the staged encore, with confetti cannons and a piggy back ride from a member of the audience. But to be honest, Watson doesn't need any of that -­ he is simply effortlessly funny, and he has the crowd rolling in the aisles.

I left the show with aching cheeks from laughing so hard all evening. It turned out to be the perfect form of therapy after a long, hard weekend. Watson is also an accomplished author, and I couldn't resist picking up a signed copy of his latest novel, Hotel Alpha. Time to see if he is as funny on paper as he is on stage.