Panel show regular and Funny Woman winner; Katherine Ryan performed to a near capacity crowd at the Lyric Theatre in the Lowry, Salford. Known for her celebrity put downs and sharp tongue, Ryan has forged a career in an extremely male dominated field.

Ryan lets us into her personal life by telling us that she has appalling taste in men - “the type that blind dogs bark at.” She also tells us a bit about her hometown of Sarnia, Canada and its extremely high percentage of teen pregnancies, and a power plant that Ryan’s description sounds very similar to a well known cartoon series.

Some people may remember a few years on Mock The Week when Ryan was asked to think of a line you would never hear in a cosmetics commercial, her reply was “We never test any of our products on animals, we use Filipino children”. Somehow this joke was taken out of context in the Philippines and Ryan received a number of death threats from some angry Filipinos. However, Ryan makes light of the situation by telling us about an ‘encounter’ she had with the late-great Joan Rivers. 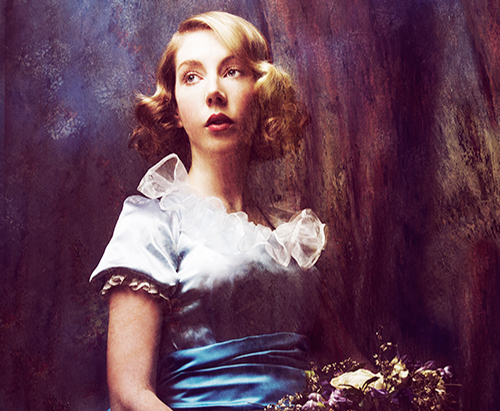 One thing that Ryan loves to do is rip into celebrities. From the very beginning she makes it clear that she is not a fan of Cheryl Fernandez-Versini. Ryan goes so far as describing her as an adult baby, and that her battle with malaria was a sign from God to wise up.

To finish the night, Ryan explains that she will be Maid of Honour at her sister’s wedding and takes the moment to practice her speech. The funniest thing being that her sister is getting married to a Filipino.

Ryan is a good stand-up comic who is not afraid to say controversial things. However, she is guilty of milking some jokes a bit too much. Also, I was a bit disappointed with the length of set - coming in at just over an hour. I expected more from a headline performer. This is a definitely a show for anyone who enjoys insulting humour.

A special mention needs to go to Stephen Bailey, the support act for the night. Hailing from Denton, Manchester he had the crowd on his side from the beginning. His flamboyant and personal comedy style was a big hit, and I can see him going a long way.