Review: Comedy for Christies - The Lowry

Some of the best stand-up comedians from the local area gathered at The Lowry to perform for free in order to raise money for Christies. Becoming a regular highlight in the Lowry’s comedy diary the support was great to see with virtually a full house in attendance.

Compered by local comedy regular Toby Hadoke who linked the whole show together and kept it progressing at a steady pace. Performing mini routines in-between the acts with his topical and political humour.

The first of the five acts taking to the stage was Gary Delaney whom BBC Online described as "the man Jimmy Carr tries to be". His quick witted one liner jokes had an immediate impact with the audience starting off on safe ground before becoming increasingly risqué.

Second up were Gein’s Family Gift Shop, a three piece sketch act who brought a different perspective to the proceedings. Having gained rave reviews at Edinburgh Festival they performed a number of sketches with the highlight being on an aeroplane complete with a nervous flyer.

The final act of the first half was Phil Buckley who also as well as performing organised the whole Comedy for Christies event. His likeable comedy mainly based around his family went down well with the Lowry crowd. His segment on film quotes to say when in the throws of passion was especially well received. Phil returns to The Lowry on the 7th June on his ‘Big Ideas Tour’.

As the second half began the show seemed to go up a gear with the excellent Caimh McDonnell returning to The Lowry where last he supported the first act of the evening Gary Delaney. McDonnell’s likeable Irish charm has the crowd in stitches as he recalled a reverse mugging in London and made reference to the recent Irish vote on gay marriage.

Rounding off this comedy feast was Jonathan Mayor. Using the fact he is black and gay, as well as living in Moss Side his flamboyant manner instantly grabs your attention. Frequently pushing the boundaries of taste, at times you don’t know if you should be laughing or cowering in disbelief as to what you had just heard.

Comedy for Christies was a superb night with many different styles of comedy perfectly mixed together raising money for such a worthy cause. Entertainment Manchester is already looking forward to the next instalment. 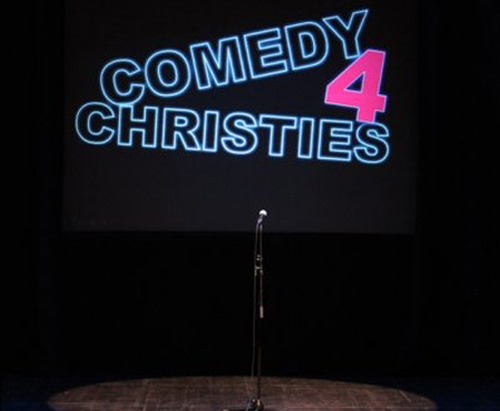