The stunning Liverpool Philharmonic Hall boasting one of the widest auditoriums in Europe requires huge shows to fill this cavernous space and the 2300+ seats. No problem, bring on Laughterhouse’s Christmas Comedy Concert. 6 comedians at the top of their game took to the stage and did not let the enormity of the room phase them one bit.

First up on stage framed by two enormous Christmas trees lit by hundreds of brilliant white fairy lights was Jason Cook. Having been on the circuit for the last ten years Geordie Cook spoke about how he has become happy and settled in his relationship with his wife and how he takes delight in people putting the incorrect colour bin out on the wrong week.

Second up was Paul Sinha. Probably best known for his appearances on ITV’s The Chase Sinha has been on the comedy circuit for the last 15 years after retiring from being a GP. He is also the 6th ranked quizzer in the UK. Sinha spoke with passion for his Indian roots, sports and the difficulties he faces as an openly gay man. Of all the acts tonight Sinha was the only one I had not previously seen on stage and it was a pleasant surprise to see someone talk with such passion in his beliefs.

Closing the first half of this 3 hour long evening of mirth was the superb Gary Delaney. I make no apologies in saying Delaney is one of my favourite comedians on the scene at present. His superb use of the English language to deliver his trademark one liner jokes laced with double meanings is a joy to listen to. As his set progresses he continually tests the water with the audience as to how far he can take his jokes, which at times can be more than a touch risqué. 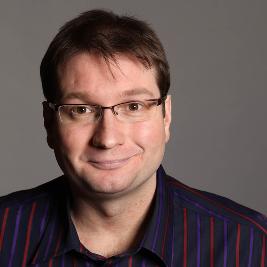 Opening the second half Alun Cochrane brought his dull and somewhat boring persona to the party. Questioning amongst other things, the need for skiing and sky diving he just didn’t connect with the audience in my view. If I were scheduling this concert I would have swapped him with the first act of the night, Jason Cook whom connected with the audience so much better and would have been a more suitable beginning to the second half.

As if 4 comedians were not enough, there were still two more waiting in the wings to tickle our funny bones. The penultimate act of the evening was Canadian Katherine Ryan. Ryan is one of the best known female comedians around at present and her live act is very different from that you see on television. Free from the shackles of regulations this lady does not hold back. Tonight she launched into a series of what can best be described as celebrity roasts. Cheryl Cole, Taylor Swift and Bill Cosby were all subjected to Ryan’s forthright views. Also touching on her lack of success in relationships Ryan can at times be likened almost to a shock jock who expresses her opinions in a deliberately offensive or provocative way. Personally for me one of the funniest sets of the night.

Finally Irish Tommy Tiernan took to and owned the Philharmonic stage. Walking on to by far the biggest cheer of the evening he spent the first 3 minutes of his set whispering and urging us to get used to his manly beard! Once the whispering was over Tiernan hardly required the need of a microphone as he discussed at volume new laws coming into force in Ireland before analysing the evolution of life. Tiernan is a master of his art and I could quite easily have listened to his act all evening long.

Throughout the evening the glue that held the whole show together was MC Neil Fitzmaurice. A regular MC for Laughterhouse he spoke of his love for the city of Liverpool, Christmas and the Black Friday sales. His interaction with the audience was a nice touch choosing one person to begin the applause prior to introducing each act.

Liverpool has long been associated as being a Mecca for comedy and has indeed produced some of the country’s best loves comedians. Tonight, apart from Fitzmaurice there may have been a lack of locally born comics but that did not deter myself or the knowledgeable Liverpudlian audience having a superb night out.