The Lowry Theatre, Salford, played host last night to a stand-up comedian more famous for his radio and TV work, and guest appearances on popular comedy panel shows than live theatre, and so I was really rather interested in seeing how he faired in front of a live audience.

However, before Josh, we were either, depending on your point of view, treated to or subjected to, a support comedian who came on and talked to us for roughly half of the first half. The comedian in question was Ivo Graham, a young ex-Etonian with an inferiority complex seemingly stigmatised by the whole elitist-ness of his upbringing, if we are to believe him and read between the lines.

He spoke about his childhood, family holidays, birthday parties, dating strategies, and a little also about modern travel, trains in particular.   He had a very relaxed and conversational style, relating well to the audience, who gave him a surprisingly warm reception. I say surprisingly since it has been my recent experience that support acts are given something of the cold shoulder by hard-core comedy-goers, even only deigning to take their seats once the support act is well and truly in the dressing-room.

And then Josh Widdicombe took the stage, and to be honest, a lot of what I have just written about Mr. Graham, could also equally apply here too. In a set which lasted for about half an hour before the interval, and continued for another hour afterwards, he talked about his childhood, his upbringing, family, parties, and also a lot about travel, trains and planes in particular.

Yes, of course there were differences, but I did leave the theatre wondering two things... 1) was there really any need for a support act, and 2) why was the support act and the 'star' not only doing very similar material, but also delivering that material in a very similar way? It's surely a good idea to have a support act who will compliment your particular comedic style; but when they are so close and doing such similar material, it really made me wonder! 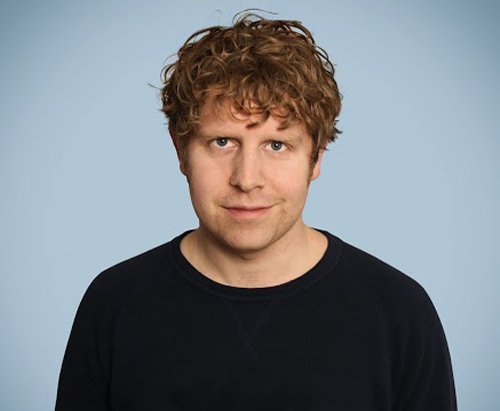 However, back to Josh! He took us through his set with ease. His laid -back approach nice; his mock indignance and anger well placed; and his audience inclusion was indeed lovely for those close enough to be part of it; however, this is a very large theatre which was almost at capacity last night, and unless you were on the first four rows, you might as well have been watching him on TV! This was nowhere more apparent than when talking about teenagers and a conversation started with a girl in the circle and after three or four attempts at her name, he gave up saying, " I think it's fair to say at this point you are too far away for us to continue this, let me talk to someone on the first four rows."   This was something he started his routine with - talking to people on the first four rows that is - and he continued to refer to them and include others as the evening progressed; but always from the first 4 rows.

The only thing I didn't enjoy was his continued and over-use of expletives. He seemed incapable of saying a complete sentence without at least one 'F'-word and a couple of other lesser swear-words for good measure. This became more so after the interval when he also came on stage drinking a large glass of red wine. There is nothing wrong with a single well-placed 'F' in any routine... it can make all the difference in fact; and I'm certainly no prude either, but it does get a bit wearisome and also meaningless after a while. His material is good and he delivers it well. You don't need to swear to get the laughs!!

Mr. Widdicombe has been on the road with this show since the beginning of September and is now coming to the end with only a few more dates left until he finishes the tour in Milton Keynes on the 29 December. Perhaps that was why he looked a little tired last night, and also why he needed the wine... who knows?!