Tommy Tiernan: Under The Influence - The Lowry, Salford

Under the Influence marks Tiernan’s return to the Lowry. Tommy Tiernan is a comedian who you never accuse of being bland. There is always a sense of mischief about him. At the Lowry he was in fine form doing his animal impressions and telling tales about his family. He also made light work of some audience interruption, saying that’s why the Jeremy Kyle Show is filmed in Salford.

Anyone who is a fan of Tiernan will know that this is all part of any of his shows. Material about Christianity is always a given at a Tiernan show. His material about how the bible was translated into English had the audience in stitches.

It’s perhaps Tiernan’s openness about his life that makes him so endearing. Not everyday do you hear a man in his 40s proudly confess about throwing his wife against the fridge and then suffering from some form of erectile dysfunction.

We learn a few things about his family during the course of the evenings. That his sons turn into Scousers when they go to Liverpool games, and that he wouldn’t have a problem if his daughter turned out to be a lesbian.

One thing that’s very evident from Tiernan’s performance is how well he projects. I was sitting a good few rows from the stage and could hear him crystal clear from stage even though he was using a microphone.

He also makes good use of the stage, addressing different parts of the audience throughout the night. Tiernan also uses physicality to add to the humour. This is particularly evident in his material about the elderly.

The 80 minute set does verge on controversial, but Tiernan is no stranger to controversy. His material about people over 90 was hilarious, however I imagine it wouldn’t go down too well if you were of that age yourself. However, the thing with Tiernan’s material is that it’s not for the easily offended.

A couple of years ago Tiernan was caught up in a ‘racial’ controversy by making some remarks about the travelling community in Ireland. He works this into his set, but just when you think he’s going to apologise, he causes more controversy.

The audience are constantly in roars of laughter throughout the night. I have pre-conceived that’s Tiernan’s material wouldn’t translate well to a British audience, however I am glad that I was proved wrong. 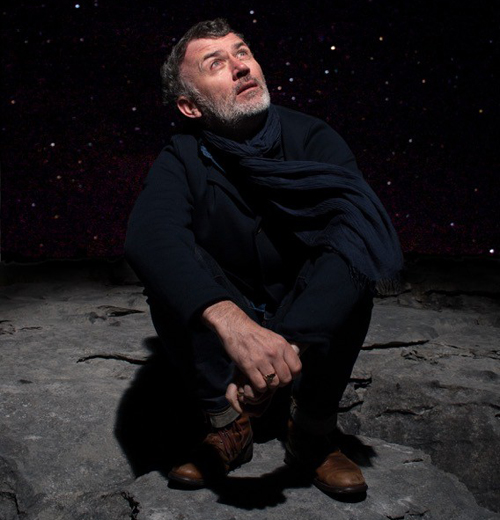