Gone - The Lion and Unicorn, London

Megan Jenkin’s Gone makes its debut at the Lion and Unicorn theatre with direction from Olivia Stone and performance by theatre company, ORIGINAL Impact. The production follows the story of two children that have gone missing, it is told from various angles and through live accounts and testimonies. It is clear research has been invested into this production and elements of folklore, urban legends and morbid fascination are apparent throughout.

Considerately, the show features a ‘warning’ informing the audience that it contains adult themes, strong lights and strong language.

As the show starts, the sound of Amazing Grace fills the space, it is sung in acapella by the entire cast and the harmonies mostly fit well. Lily Dyble’s musical direction is successful as the stripped back and bare song provides an exposed and eerie ambience to the room; enhancing the mystery surrounding the show. The structure of Gone is not as clear as it has the potential to be. Although the central storyline is easy enough to follow, the intertwining events sometimes draw focus away from details the audience may need in order to piece everything together. However, Stone’s direction proves entertaining and powerful enough to sustain the audience’s engagement and excuse the occasional lack of clarity. 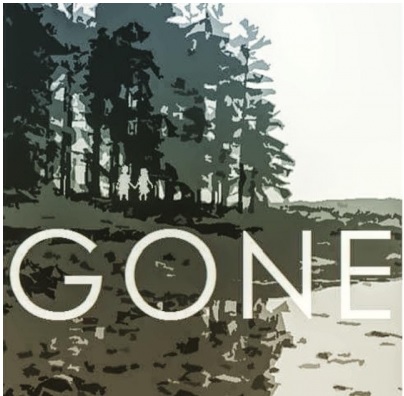 The cast work extremely well as an ensemble, seamlessly transitioning from one scene to another and physical theatre plays a big role within the production. The movement, also by Dyble, is consistently strong and always fitting to the scene. At times, the unison of the cast is slightly out of sync but as a whole they move very well together.

ORIGINAL Impact make up the versatile, multi rolling cast for this production, and they convey each character they play with strength and confidence. The actors that make up ORIGINAL Impact are dynamic and bold, and are all mostly as strong as each other; however, there are definitely some stand outs. Will Henry is incredible in his ability to transition from character to character with such a clear distinction between each role. Henry facially, physically and vocally embodies each character to its maximum potential and it is almost easy to forget he is the same person playing four contrasting roles. Emma Farrow is focused, warm and emotionally engaging from start to finish. When Farrow is on stage she captivates and holds the audience's attention, never tripping up and never breaking focus; her performance is outstanding as every character. Katie Turner and James Russell Morley especially, are naturally funny and hold their own as they also transition between characters.

Turner and Morley have a genuine sense of comedic timing and know how to play to the audiences’ humour. Jenkin’s finds the perfect balance of comedy and tragedy in Gone. The writing is dark, yet extremely funny - this production deserves to go very far. Within the plot, you will be able to relate to the experiences of loss, violence, suffering, truth, lies, laughter, rumours, gossip, friendship, love, heartbreak and a good cuppa. With the right opportunities and support. Gone has the potential to go very, very far.