Something very special is happening in Manchester, something that no theatre fan should miss! The newest theatre on the bustling theatrical skyline of Manchester tonight propelled itself into the big time with what probably was the most perfect piece of theatre I have ever seen. The Hope Mill Theatre and Aria Entertainment have with their production of Parade set a new high standard for not only future fringe productions to aspire to, but also the mainstream shows that visit the larger theatres in this great city.

It is difficult to find fault with this production directed by James Baker, with choreography from William Whelton and Musical direction from Tom Chester. Local girl Katy Lipson along with Joseph Houston and Whelton as producers have made this first in-house production a roaring success and I suspect once all the reviews are in Parade will be the must have ticket in this city for the remainder of its run until the 4th June.

Somebody who rarely gets mentioned in reviews is the casting director, but I feel Benjamin Newsome deserves as much credit as everybody else here as he has gathered together a 15 strong cast that are simply sublime and each and every one perfectly cast. With over half of them performing two roles each and one actor three an easy job this was not. 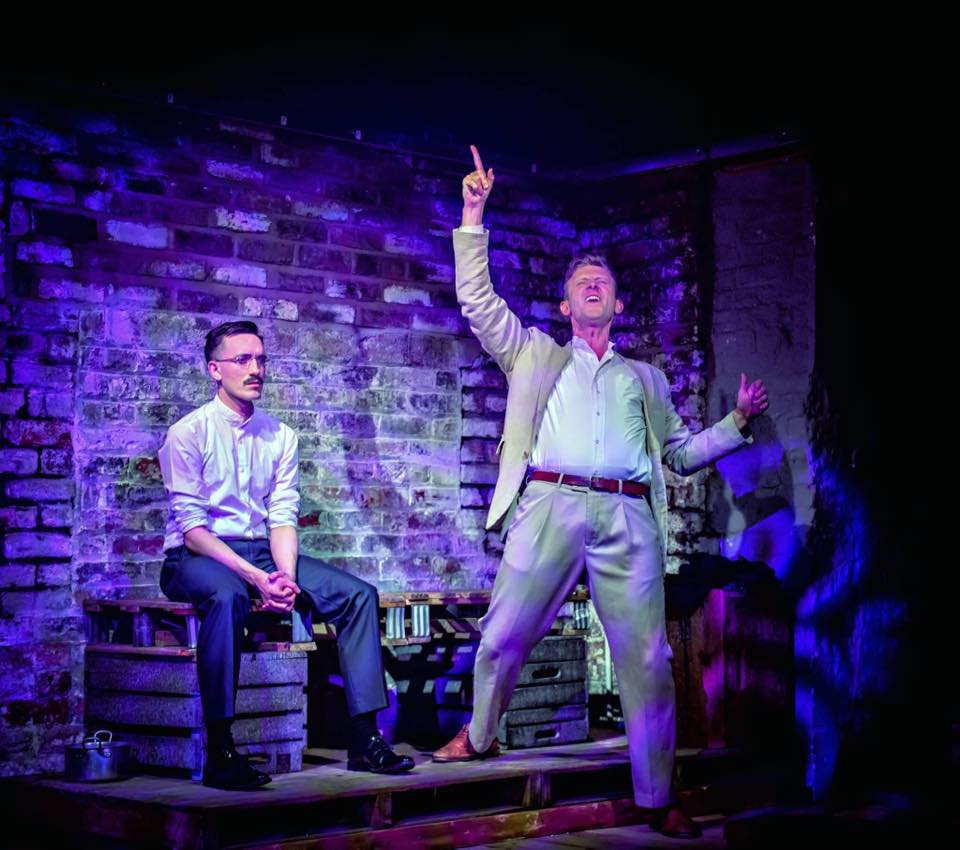 Tom Lloyd leads the cast as the Jewish man Leo Frank who runs the National Pencil Company in Atlanta, Georgia, and is accused of killing Mary Phagan (Megan Ormiston). Lloyd’s portrayal of the character is heart breaking as he tries desperately to clear his name with the help of his wife Lucille, played by Laura Harrison. Both have amazing voices and you are instantly drawn into their story and find yourself fighting with them for justice.

James Wolstenholme stands out in this production playing three roles in total, each so very different from the last in stature and look and a testament to his supreme acting ability with the highlight for me being his performance of Real Big News in act 1 which turns into one of the bigger ensemble numbers of the show.

Another triple threat was Matt Mills playing Newt Lee, initially suspected of murdering Phagen as well as ironically, Jim Conley who turns out to be the star witness at Frank’s trial. Mills also played Riley, a chauffeur to Governor Slaton (Wolstenholme). Mills possesses a powerful voice however my only complaint is that his appearance wasn’t changed to such a degree that his differing roles were immediately obvious, something Wolstenholme succeeded in doing.

The standout performer of the night for me was that of Shekinah McFarlane, her roles were minimal and essentially an ensemble member but her vocals along with Mills at the beginning of act 2 when playing Governor Slaton’s servant Angela were sensational and evoked memories of Cynthia Erivo in both look and sound. I will be shocked if McFarlane isn’t commanding a leading role of her own soon. 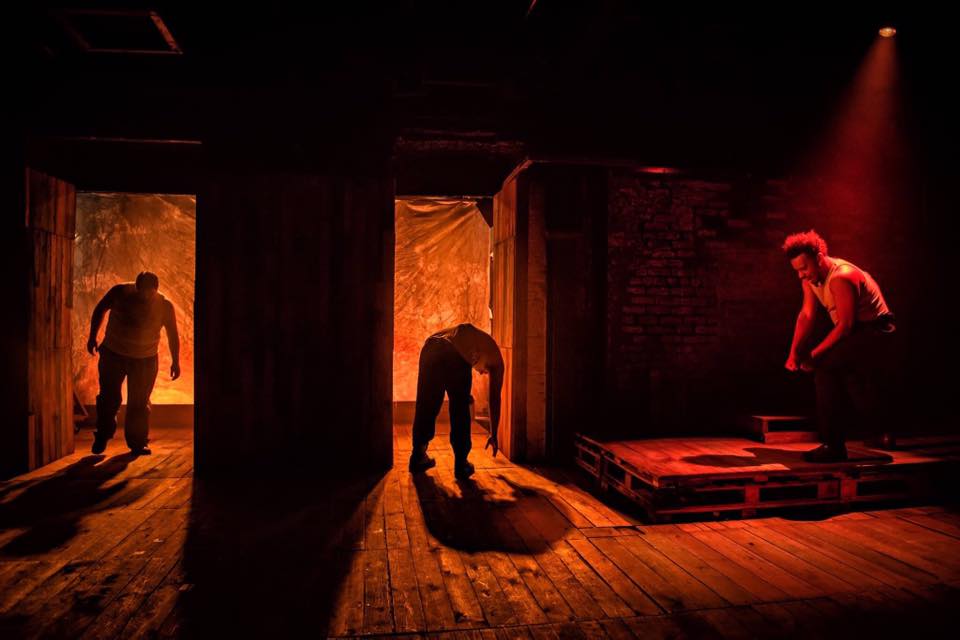 Victoria Hinton’s inspired set design has transformed the Hope Mill Theatre and is minimalistic yet rich in its design. A thrust stage provides many different viewing angles and director Baker uses these fully and to great effect. Impeccable lighting is squeezed into the rafters of this Grade II listed building and Aaron J Dootson uses it to its full potential. Christopher Bogg’s sound design is also a triumph finding the perfect balance between the 9 piece orchestra and cast of 15 in this intimate space.

Parade is an absolute joy and a huge triumph for not only the Hope Mill Theatre and Aria Entertainment but also for Manchester. It is a long time since I have been blown away to such an extent by a theatrical production. I for one am very excited to see what Hope Mill and Aria have up their sleeves for 2017 and can’t wait to see the next production of Hair in November this year. But until then if you haven’t got a ticket for Parade don’t leave it too late and miss out on one of the theatrical highlights of 2016 and what is sure to be an award winning production.