As the play opened we were met with a naturalistic set complete with very detailed props designed by Geoff Gilder. Almost a snapshot of Mr and Mrs Wendice's life; the life of luxury. The acting style is quite unsettling to begin with as it is slightly heightened, however, after the first scene we adjust to it as it matches the time and location; the acting a kin to the style of the golden age of cinema.

In this first scene we see Sheila Wendice played by Terri Dwyer enter ready for a night at the theatre complete with sparkling jewels. Shelia is partnered with her ex – lover, Max Halliday portrayed by Marcus Hutton. She ended their affair a year ago and realised she has been quite happy with her husband since. Dwyer had the hardest job of the night portraying the damsel in distress without becoming tiresome and did this to a degree; I’m not sure this stereotypical character is much loved in the modern day, however, Dwyer suited the style well.

Enter Mr Wendice, played by Oliver Mellor. A charismatic, handsome man that you begin to loathe as you get to know him, however, Mellor has such a presence that you can’t help but want to see more of him. 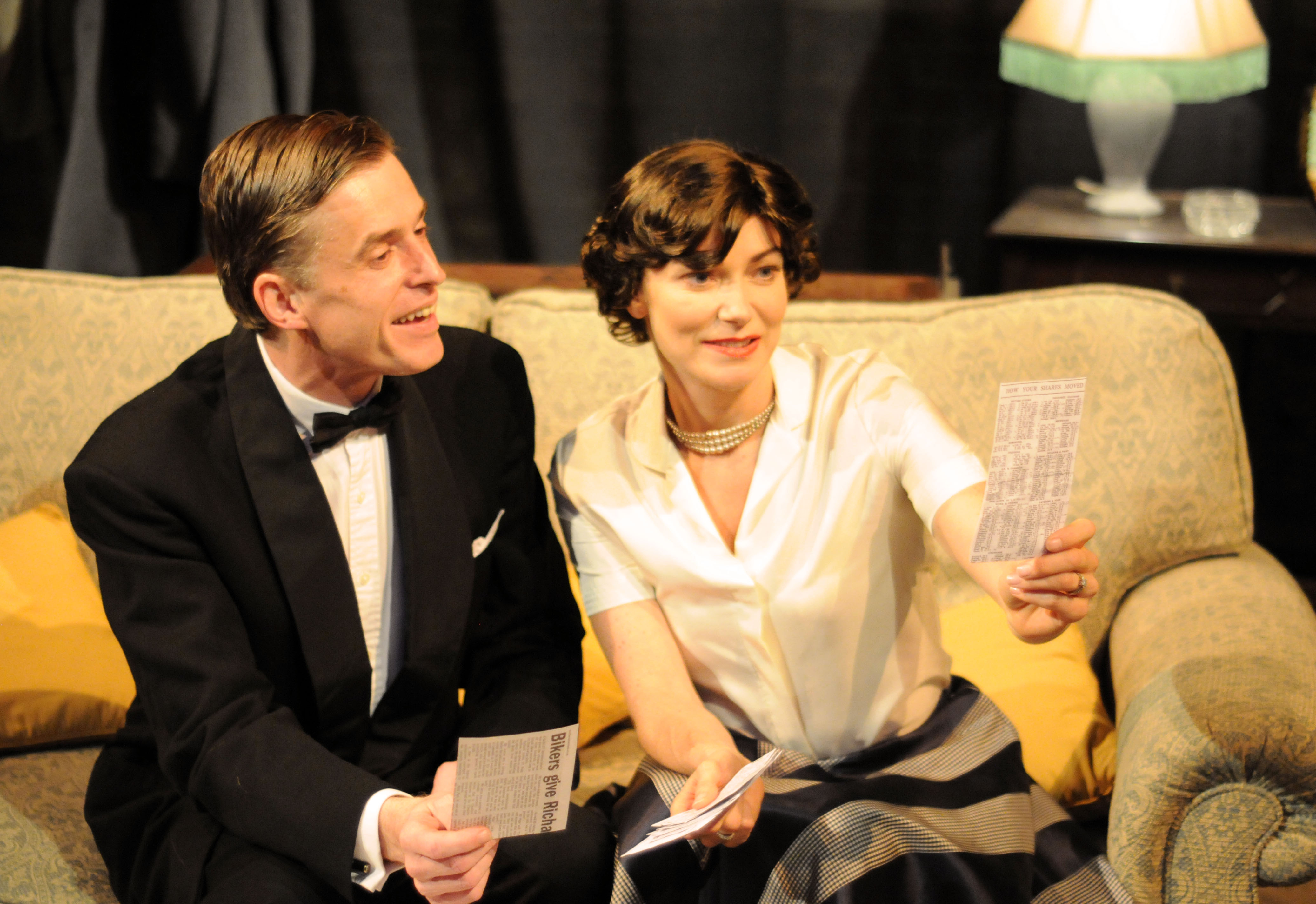 We see a plan hatched - a year in the making in Mr Wendice’s mind - between himself and Captain Lesgate played by Jolyon Young to murder Mrs Wendice. A dialogue heavy but riveting scene between the two men as Mr. Wendice convinces Captain Lesgate to commit the murder.

The same set is kept throughout (all the action takes place in Mr. and Mrs. Wendice’s living room) and takes a cinematic feel, using the lamps in the house and music to create the feeling of time passing. Music and lighting were integral, as stories were told the lights dimmed to focus in on the character speaking and music was played in the more dramatic moments of the play; again lending itself to a more filmic atmosphere.

In the second act we are introduced to Inspector Hubbard played by John Hester. He had a slight ‘Inspector Goole’ feel to him especially when he stepped over the threshold, silhouetted against the light in the hall. However, he was a lighter and more straight up inspector, really trying to solve the crime, rather than pass judgement. Hester played this part with ease and it felt like real joy when he caught someone out with a clever question, a joy that passed easily onto the audience.

The plot thickens and takes a twist you would not expect with the audience rooting for the inspector to discover the truth behind the unlikely murder. However Mr. Wendice does not go down without a fight and Mellor’s portrayal of the quick thinking husband, who gets himself out of some hard questioning, was brilliant, almost to the point of wanting him to run free.

A brilliant detective story with great characters, a test of minds and only on till this Saturday, so make sure you book your tickets fast!