Once again the hidden gem of a performance area in The Lowry’s crown server up another beautiful piece, this time in the form of James Gaddas’ inspirationally poetic one-man show; Shadow Boxing. Showcasing the struggle of dignity, despair and acceptance of a boxer wanting more than anything to succeed in the very thing his father failed at….winning.

Cross Cut’s production, directed by Donald Pulford, this show has ironically enjoyed success in various venues around the UK; including Edinburgh, Italy and New York, showing that its appeal and emotionally empathy is universal. Starring the amazing Jonny Collis, who co-starred in Cross Cut’s version of Pinter’s The Dumb Waiter, who plays six parts as well as the focal part of Flynn, you are take on a journey of the sporting art form, the stresses of the sport and the obstacle of, not only making our father proud when you feel guilty about his failure but dealing with personal challenges like your sexuality.

Jonny plays the part of his father, trainer, teacher and younger self, along with a first-time female love interest, radio DJ and three male interests - who all but one don’t know his secret professional with the remaining one asking to be ‘hurt’ physically rather than wanting the caresses and love Flynn earns to give, leading to him giving in and spending the night in a cell.

With many personal goals, Flynn is forced to battle with powerful inner demons that could be likened to pot-traumatic stress, experiencing hallucinations and such. Mocked because of his love choice by the ultimate opponent he seeks to defeat, he takes to branding his abs with “Queer As F**k” in lipstick in the hope that he will make his point heard ad justify his cause.

This well-directed, well-lit and brilliantly performed offering features insight, a bit of history and a morale to always believe in and be yourself, no matter what your preferences.

It is always sad that shows of this calibre receive only one showing at each theatre, even more so when they end here in the North West. I should love to see this show doing the ‘rounds’ again in the future. 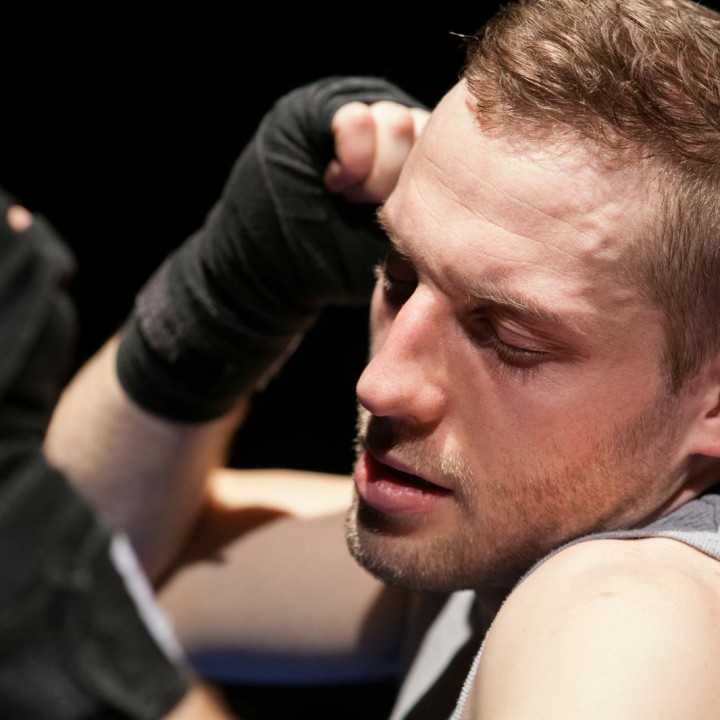