Dreamers was an indie nightclub in the heart of Oldham town centre close to the Coliseum which was the only go to place between the 1970’s and 90’s. Written by Cathy Crabb and Lindsay Williams who were regulars at the club, Dreamers is the story of friends who spent most, if not every weekend at the club.

The story centres on best friends Izzy (Sally Carman) who lives in a care home and Toni (Rachel Leskovac) who works for her mother in a greetings card shop. A long running argument with Roz (Justine Elizabeth Bailey) comes to a head one night after a boozy night at Dreamers which changes both Izzy and Toni’s lives in very different ways.

Music adds to the shows charm and Carol Donaldson has re worked some well-known 90’s tracks to include many a mention of areas around Oldham and drinks of yesteryear that you could audibly hear the audience connect with.

The second half of the show brings the story up to date and the main characters have aged and replaced going to Dreamers for a book club, some have children now as well. A raucous hen night in a new Oldham nightclub throws old friends back together and the wounds of the 1990’s are healed and amends made.

Beyond all the lively music and energetic nightclub scenes the story portrayed is actually quite dark with twists and turns you don’t see coming. Rachel Austin, Marie Critchley, Kimberly Hart-Simpson, Lauryn Redding and Gemma Wardle complete the 8 strong principle line up, all of which give strong performances in a multitude of supporting roles.

A 15 strong choir made up of local performers completes the cast. At times they are a little difficult to hear during some of the musical numbers due to them not wearing microphones, however they are utilised well in the night club scenes and during scene transitions.

The script is very specific to Oldham and if this production were to play anywhere else in the country I feel it would need a bit of work to tailor it to either the area it was to play or make the references within it more generic.

One thing is for sure, this latest production at the Coliseum proves beyond a shadow of a doubt that Oldham certainly has ‘Girl Power’. 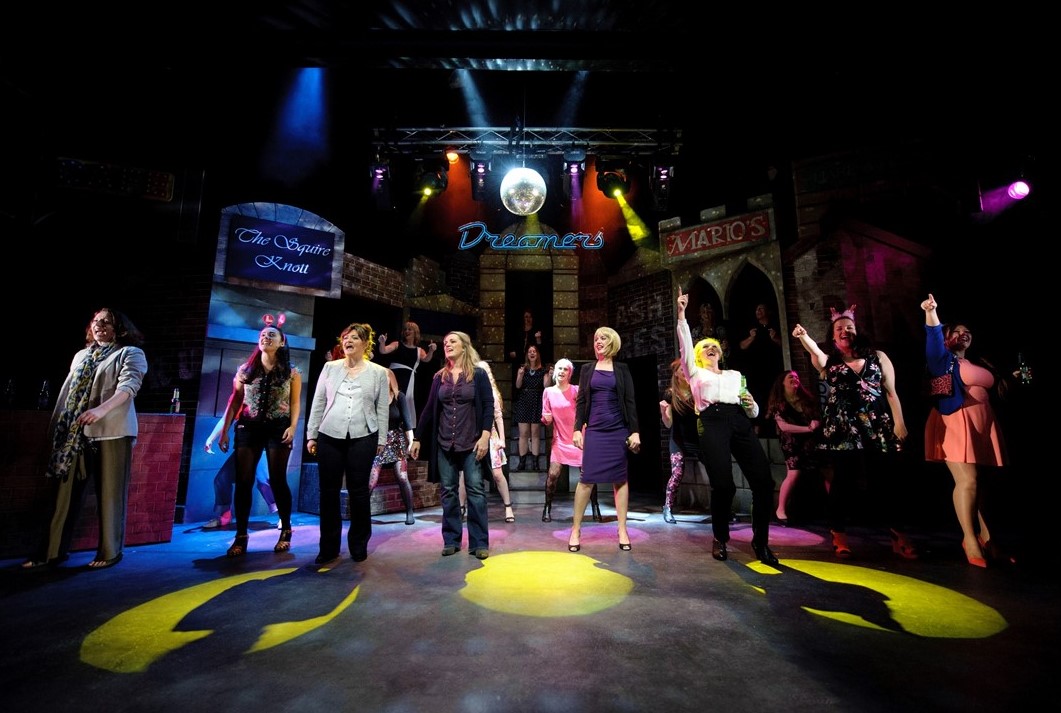