Joy Division is Manchester’s most beloved and idolised bands. Their legendary music echoes through cracks and corners of this ever growing city, planted in the mind of its people and the creation of one of the most iconic albums of the 20th Century. I was really looking forward to seeing New Dawn Fades, from the positive word of mouth from friends and a Modern Greek tragedy of the rise and fall of Manchester’s ground-breaking post-punk bands and the tragic suicide of their lead singer, Ian Curtis. But what I saw was nothing more than disappointing.

Brian Gorman’s scripts has many unbalances that both work and against this show, which had so much potential and energy but to me felt watered down or rushed, as if the writer didn’t know how to present the scene or how to end it, so instead let Lee’s Joseph Tony Wilson tell you what happened. It felt more like a lecture than a performance in most of the scenes and when the characters do interact with each other you and perform are not given enough time to take in the actions of the characters; with each scene ending in a blackout or the background music being pushed to 11 with each scene change. I wanted to see the story, not told about the evolution of the band, the creative process of the infamous Unknown Pleasures album and the internal struggles of Ian Curtis as he battles to control his epilepsy and balance both his rockstar status and family life. 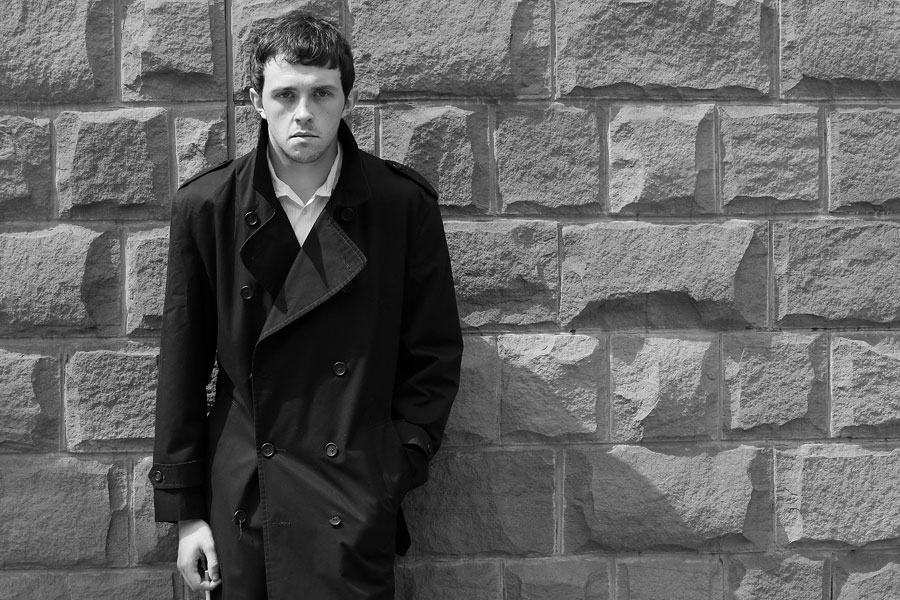 James Foster’s directional choices do help keep the story going, but there were moments where the story appears to drag or lose momentum.

But what keeps the play alive is the actor’s portrayal of the Joy Division members and the people who were involved in the band and city’s music ascension. Michael Whittaker captures the troubled genius of Ian Curtis, portraying him as a knowledgeable but shy individual and captures the wild almost possessed dance style of Ian and his deep tragic vocals for the music sections of the play. Lee Joseph’s Tony Wilson does capture the man’s bohemian swagger and witty tongue but sometimes can come off a bit annoying with the heavy expositions moments. The rest of the cast capture the characteristics of their given characters perfectly from Billy Bradshaw’s foul mouthed Peter Hook to Phil Dennison’s creepy and uncomfortable aura of Martin Hannett, the band’s album producer.

A second positive is the live music. The actors each capture the reflective and dark tones of Joy Division’s music as seen in when the band make their first broadcast performance on Tony Wilson’s Granada programme, So it Goes. The pulsing music made me feel like I was taken back in time and watching the real Joy Division play. But alas the live music is only played three times which really upset me. If you’re going to use instruments in a performance, use them to their full potential; especially when it’s Joy Division’s music.

New Dawn Fades has a lot of potential, Kit’s heart and soul are in the right place but the body and bones are broken.