Good authors write about what they know and on stage at The Lowry comedienne Ruby Wax takes that idea one step further and performs about what she is; a person with a mental illness.

In conversation, with an interviewer from the BBC, she not only shared her own personal experiences of her illness but gave a deep understanding of the issues one in four face after studying a master’s degree in mindfulness-based cognitive therapy at Oxford University. Though the audience laughed with her, this was not a comedy show but rather an intimate workshop in a full auditorium.

Guided, but unscripted, she included several mindfulness exercises to show people how they can calm their minds. Reading extracts from her diary, which are also included in her book which the show is based on, you can understand how her thoughts drove her to become frazzled. 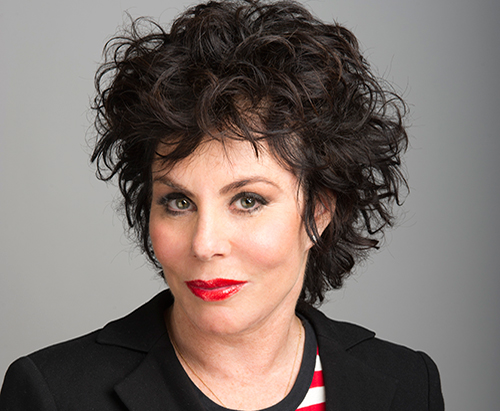 Her frankness about her mental illness and specifically her depression, provided the platform for some funny anecdotes about her unorthodox childhood, yet she never presents herself as a victim. The show highlights her own lifetime’s dedication to finding her own understanding of her mind and behavior. Mindfulness works for her and she shares this with the audience however says there is no such thing as a cure.

She encourages audience members to use one of their five senses to focus their mind to give them minute break from the internal chatter of their own minds and included scented postcard for everyone - taking a little piece of the peace she creates - who would of thought this from the manic American comedian we all love in such hits as Girls on Top, Absolutely Fabulous and The Ruby Wax Show.

The second half of the show she takes the stage on her own and invites the audience to participate in the conversation. A brave move which is rewarded by the majority of those taking part naming her as an inspiration. A campaigner for mental health, Ruby is prepared to take centre stage, literally, to raise awareness and call for parity of care for both mental and physical wellness. She encourages others to campaign for this equality and is an amazing ambassador for the one in four who suffer like her.