The Regent Theatre Stoke-on-Trent last night was buzzing as we were graced by the presence of Chitty Chitty Bang Bang. The theatre was packed to the rafters with excited children and adults alike. The show itself opened with a really heart-warming scene that included many of the children used throughout the show and were a credit to the cast and to Stoke as they’d used local children apart from the two leads.

The intricacy of the set was simply mesmerising the use of projection made the show, a specific point that was just spectacular was the use of the projection for the Child catcher every time he came on stage from any point of the set there was a shadow surrounding him and at one point they used his shadow as a way to lift the set, the shadow added to the dark nature of the character and created such a creepy atmosphere just adding to the performance of the Child Catcher. The set itself was beautiful, based and around the windmill but could easily be changed by the use of projection, this made the piece both time appropriate and modern all at the same time. They even had remote controlled dog which was the rusty equivalent of K-9. The vital point of the set is obviously Chitty herself, what can I say about this piece of incredible mechanics, in the words of the show it was just fantasmagorical. The way the car flew and the use of projection in the background just made this the most breath-taking and frankly mesmerising piece of theatre I’ve seen in a very long time. One of the beach huts used to create the beach atmosphere did break whilst Jason Manford was climbing inside which was half way through Truly Scrumptious, this was greeted by the whole audience laughing for the rest of the song, which was a massive shame for the two children and Amy Griffiths who were on performing the song but they handled it like true professionals which much be given a massive round of applause. 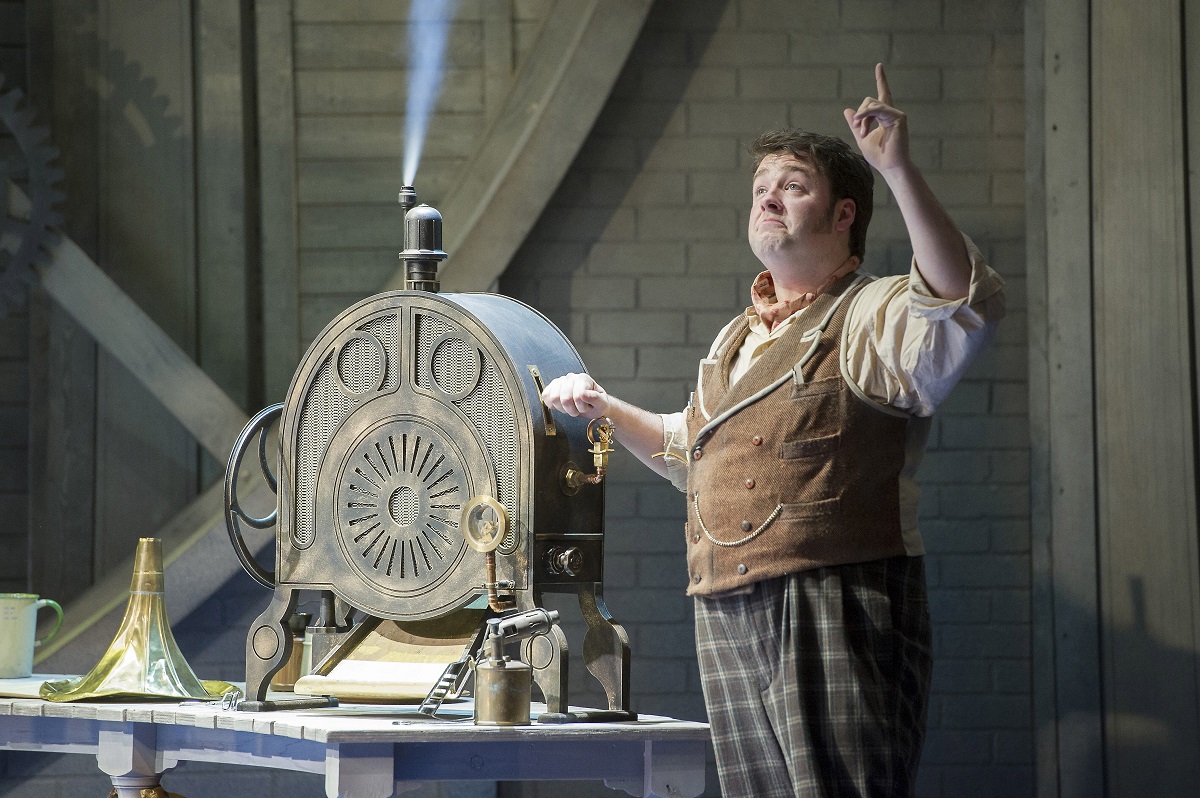 As for this star filled cast, well every single actor on that stage was astounding. I was exceptionally impressed with Jason Manford who oozed charm and innocence as Caractacus Potts Jr. He could quite easily rival Dick Van Dyke in his performance, he gave me Goosebumps in his heart-breaking rendition of Hushabye Mountain. He played Carcatacus with such convection and gave everything he possibly could of to the performance giving the most heart-warming display of a true English Gentleman. The theatre was on their feet for his bow and rightly so. I implore you too watch his performance and not fall a little bit in love with the character. He was even a brilliant dancer which I was most surprised with and really held his own in Me ol’ Bamboo which was a speckle to watch and a definite highlight of the show.

His performance was greatly aided by two stars of the future Henry Kent and Lucy Sherman who took on the roles of Jeremy and Jemima, we are looking at two definite stars of the future her the two of them embodied the characters and performed with such gusto that it was nearly impossible to take your eyes of them throughout the performance every facial expression was there and considering they’re both only ten I expect to see big things from these two names in the future. 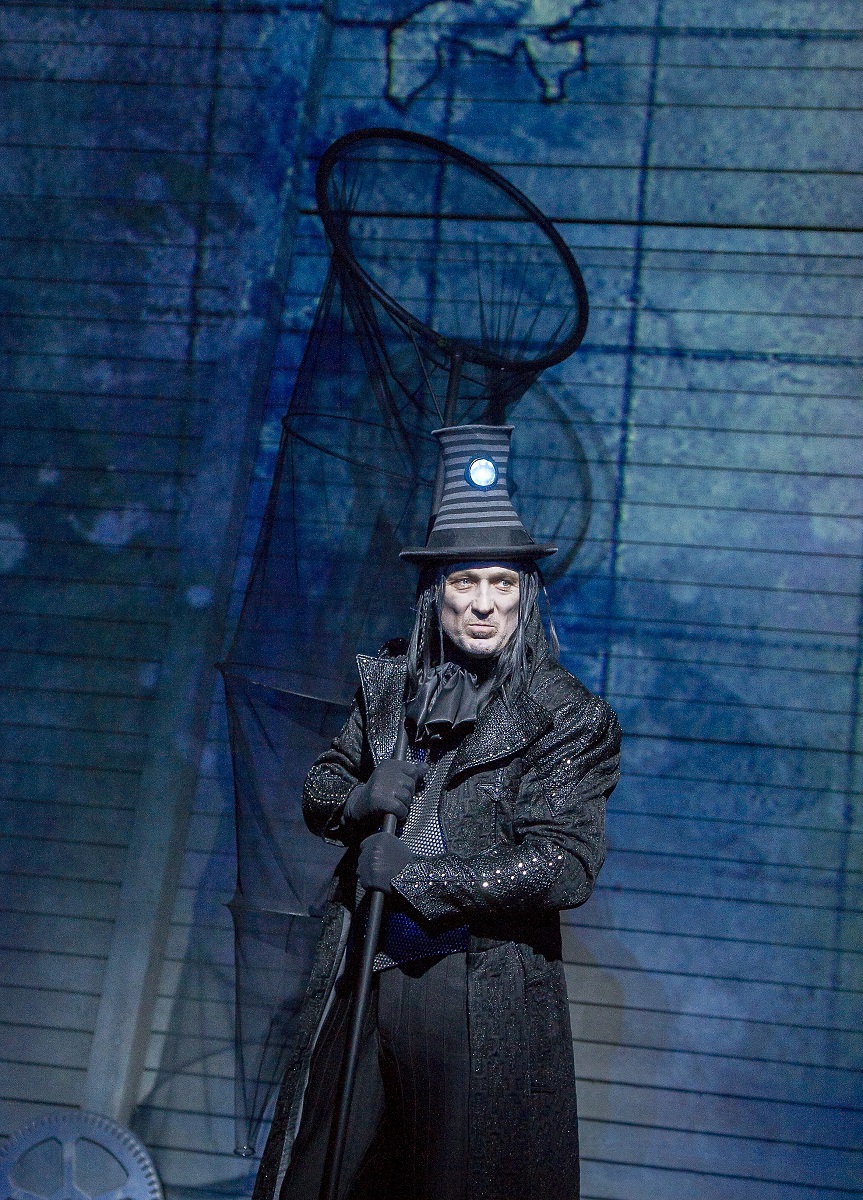 Completing the Potts family was Andy Hockley as Grandpa Potts, who quite frankly gave one of my favourite performances of the evening he was hilariously funny and perfect for this crazy character. He also gave me goose bumps in talks about the way the family used to be and was quite honestly the most perfect casting for a part I’ve seen in theatre for a very long time. Even his dances had the perfect amount of comedy in them but still being performed to an impeccable rate his rendition of Posh was outstanding. Amy Griffiths who played Truly, was as sweet as Truly should be but gave her more of a back bone giving her a stern nature and she fitted perfectly with the Potts Clan. Her songs were sang beautifully.

Martin Kemp as the Child Catcher was as eerie and creepy as the character should be, he gave the perfect performance for this character and was a joy to watch he was just the perfect amount of evil. My only gripe with his character is he should have been used more but the amount he was on he was spectacular.

Michelle Collins and Phill Jupitus were a marvellous as the Baron and Baroness they gave the perfect comedy performances and gave the characters real depth but also kept to the traditional film at the same time. Every second they were on stage was as hilariously funny as it could be, also a round of applause to these two as both accents were astounding. The two of them bounced of each other perfectly and gave everything to the roles. Both songs sung by the pair were filled with comedy moments and were a pleasure to watch, I also loved the costumes in the Bombie Samba.

However, the two roles that were greeted with the most laughs were Boris and Goran played by Sam Harrison and Scott Paige. These two are absolute comedy genius’s and worked together in absolute perfect harmony, the two of them had me in stitches the entire time they were on stage. Every single movement they gave was in perfect time with each other and I promise you if you see the show these two will have you laughing until you cry.

Ewen Cummins, played the two exceptionally lovely characters of Bill Coggins and the Toy maker he was a joy to watch on stage he oozed warmth and kindness and was a credit to the part. The chorus of the show were both brilliant and crucial they kept the show going and danced every number with such conviction they blew me away.

Everything about this performance of Chitty Chitty Bang Bang just worked and worked perfectly, every minute was a joy to watch, every song gave you goose bumps and every detail was perfected. The show was a marvel and I implore you to go see the show and not fall head over heels in love with the story all over again. A massive congratulations to the director of the show as it was one of the best pieces of theatre I’ve ever seen, it honestly took my breath away. Will you see a better retelling of this story, maybe just maybe when cars fly?

Chitty Chitty Bang Bang plays at the Regent Theatre, Stoke until the 9th April and tickets can be found at http://www.atgtickets.com/shows/chitty-chitty-bang-bang/regent-theatre/ 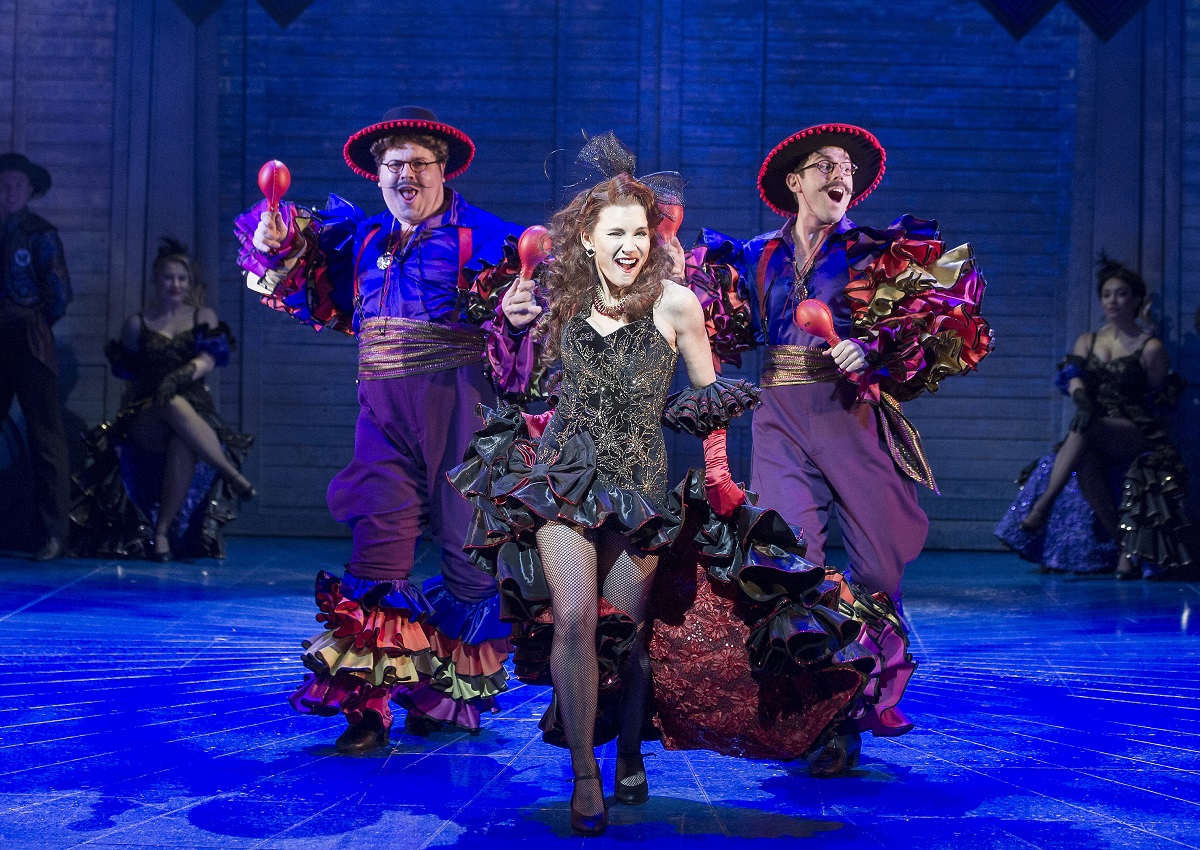