After selling almost 1.5 million tickets during its near two year flight around the UK and Ireland Wicked has landed in Salford to conclude the tour. It seems hard to believe that almost two years have passed since the tour began in a fanfare of emerald down the road at the Palace Theatre.

Telling the untold story of the Witches of Oz this production is equal to, if not better than the current version in the West End. A lot of UK tours that have begun their life in London are often scaled back to endure the rigours of touring from theatre to theatre, but Wicked has embraced the challenge of maintaining the original conception and design. Add to this a cast of West End stars and it is easy to see why this show has enjoyed such success on the road.

The show stars Ashleigh Gray as Elphaba and Emily Tierney as Glinda. Both excel in the roles, Gray has spent the last 8 years associated with the show moving up through the ranks from ensemble to understudy to leading lady in London. Her experience gained throughout this time is evident as she conveys the range of emotions the role demands with ease.

Tierney as Glinda has been with the tour since it opened in Manchester having previously been part of the ensemble in the West End. Despite never playing Glinda in London she played the role in Andrew Lloyd Webber’s revival of The Wizard of Oz at the Palladium. Tierney plays the role effortlessly from the moment she flies onto the stage at the beginning of the show and is quite possibly one of the best actresses to take on the role.

Samuel Edwards as Fiyero is another cast member from the London production having joined the tour mid-way through direct from the West End. Edwards who has previously understudied the role of Sam Wheat in Ghost the Musical is a likeable leading man as he battles with his feelings for Elphaba and the subsequent repercussions.

Other notable performances from Marilyn Cutts (Madame Morrible), Steven Pinder (The Wizard and Doctor Dillamond), Carina Gillespie (Nessarose) and Richard Vincent (Boq) along with an incredibly strong ensemble make this show one that you will remember for years to come and looks at home on the Lowry stage.

With breath-taking sets (Eugene Lee) and costumes (Susan Hilferty) illuminated by stunning lighting design by Kenneth Posner, Wicked is one, if not the most successful musicals from the last 10 years.  Do not miss the final chance to see this spectacle before the tour ends next month. 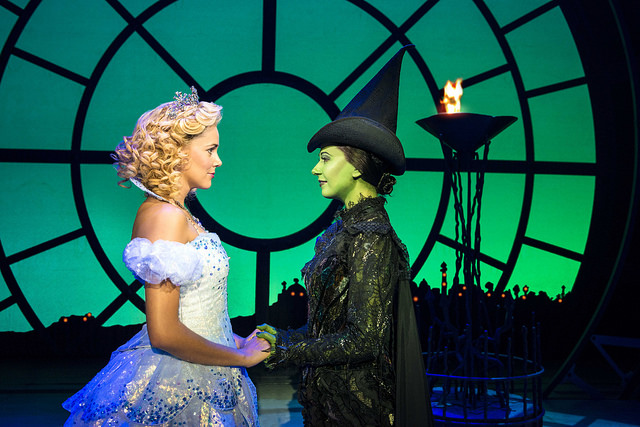