It was with some trepidation that I sat down to watch Newsies, from the comfort of my own couch. I wasn’t sure this was going to be for me. Surely a show that belongs on the stage should only be seen from a seat in the theatre, right? Wrong. This film of the 2017 Broadway production broadcast on BBC2 shows just how easily you can watch a stage show without even leaving the house. Perfect in the current circumstances.

The first thing that struck me was the enormity of the scaffolding set. This provided many interesting visual aspects throughout and was a fantastic way to represent the environment of the ‘Newsies’. At the end of the first number we see pairs of ‘Newsies’ in different sections of the set, all standing as one and the impact of that image was a clever inkling to the rest of the story. Director Jeff Calhoun also takes advantage of the backdrop when letting the audience see things we wouldn’t otherwise be able to, such as the daily headlines of the newspaper or the drawing of Katherine that Jack does during the theatre scene. 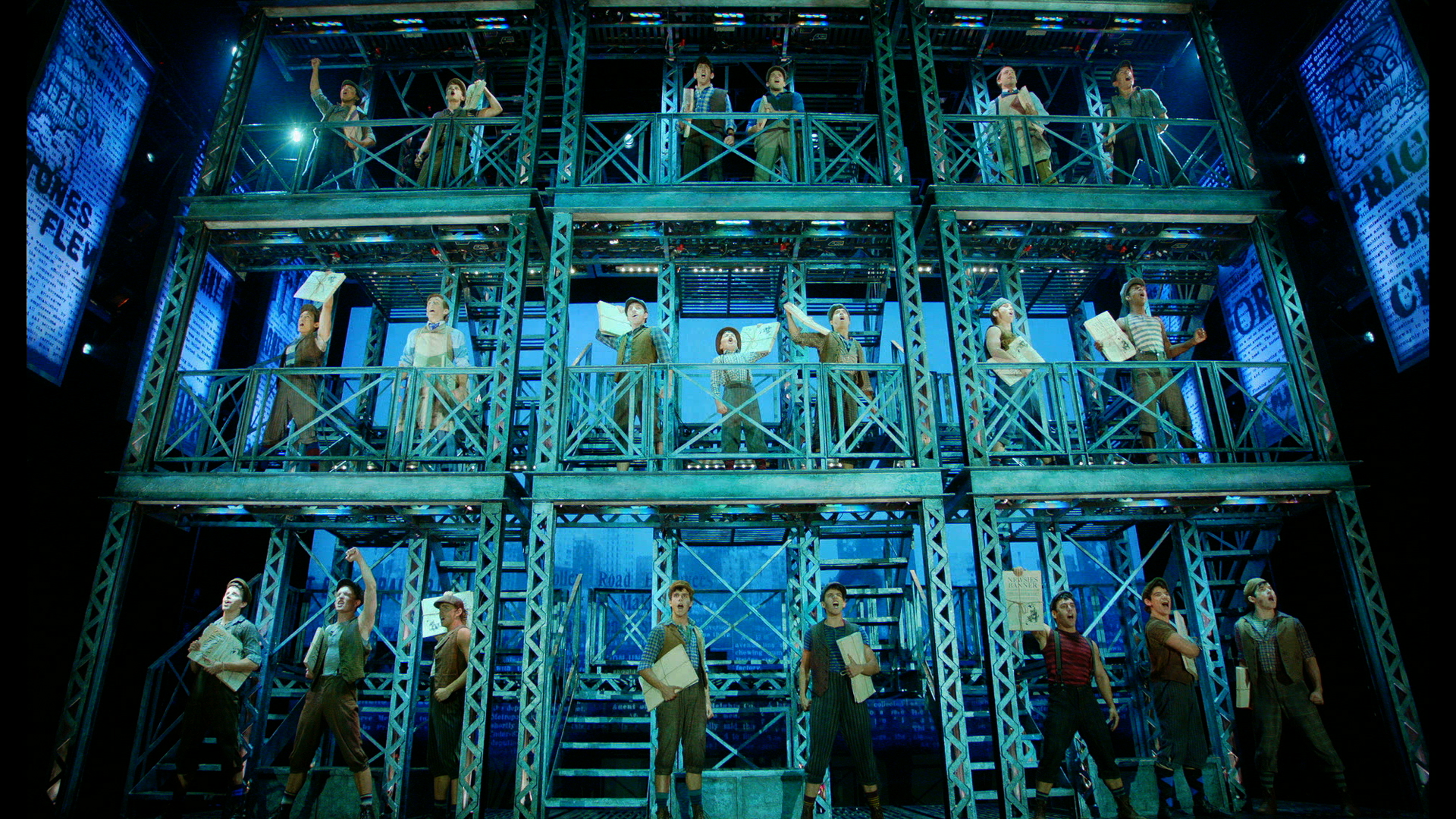 Jack played by Jeremy Jordan is the protagonist of the story. Jordan is spectacular in this role. From his addictive singing voice, to his close interactions with various other characters, especially the beautiful duet he performs with the talented Kara Lindsay who plays Katherine. His touching solo after the ‘riot scene’ which was incredibly heartfelt and heart breaking at the same time also adds to his standout performance.

The entire ensemble cast are mesmerising with harmonious voices and flawless dancing ability. Choreographer, Christopher Gattelli does a stunning job with the countless dance routines, ranging from ballet to tap. The dancing during the main strike scene is so full of energy and passion that is easy to forget how technically complex it actually is for the performers.

The song ‘Seize the day’, highlights the expert synchronicity of the performers. It is as if you are watching a ballet but with poor boys and no tights. We see the incorporation of the actual newspaper pages into the dance, during which you can hear the audience growing more and more invested. Powerful group scenes occur frequently, as does the importance of the events. A lot of the scenes hit you deeply because it is something that goes on and on over time and this represents a passion and struggle for all sorts of people in all walks of life whose only demand is to be treated fairly. It certainly makes you feel like you want to get up and join them, and to be able to stand up for what is right.

There are moments when you can feel your heart racing with the story, and at times it really does feel like edge of your seat action. There are also plenty of moments when you find yourself grinning from ear to ear.

Overall, this was the perfect show to watch on a rainy afternoon.