The opening line of “Miners united will never be defeated” definitely set the theme for the evening’s performance of ‘Shafted!’ at Wakefield’s Theatre Royal. I have followed John Godber’s plays with a personal interest in the past few years, with his honest portrayals of every day life combined with witty, raw humour always leave me with a lot to think about on my journey home. With the simplistic set on display and the noticeable references to the mining culture (dangling miner’s lamps and union banners) it was clear Godber had a personal message to communicate to the audience and it wasn’t going to go unheard. Godber has previously quoted, “I want to create theatre that connects with people’s lives, not a piece of candy floss” and I would say the audience’s laughter and grunts of approval through out the performance confirmed that he has achieved his goal.

‘Shafted!’ follows the lives of former miner Harry and his wife Dot in their hometown of Upton, South Yorkshire during the aftermath of the strikes and mine closures. Godber hasn’t been afraid to show the blunt, honest consequences of these political decisions on the average working class family, no doubt using his own experiences growing up in that life as his main influence. The play is structured around Harry and Dot’s marriage and specific challenges they faced in the thirty years following the closures. The cast is solely made up of John Godber and his real life wife Jane Thornton and this helped create the intimacy required to appreciate the struggles of these characters during this tough period of their lives. 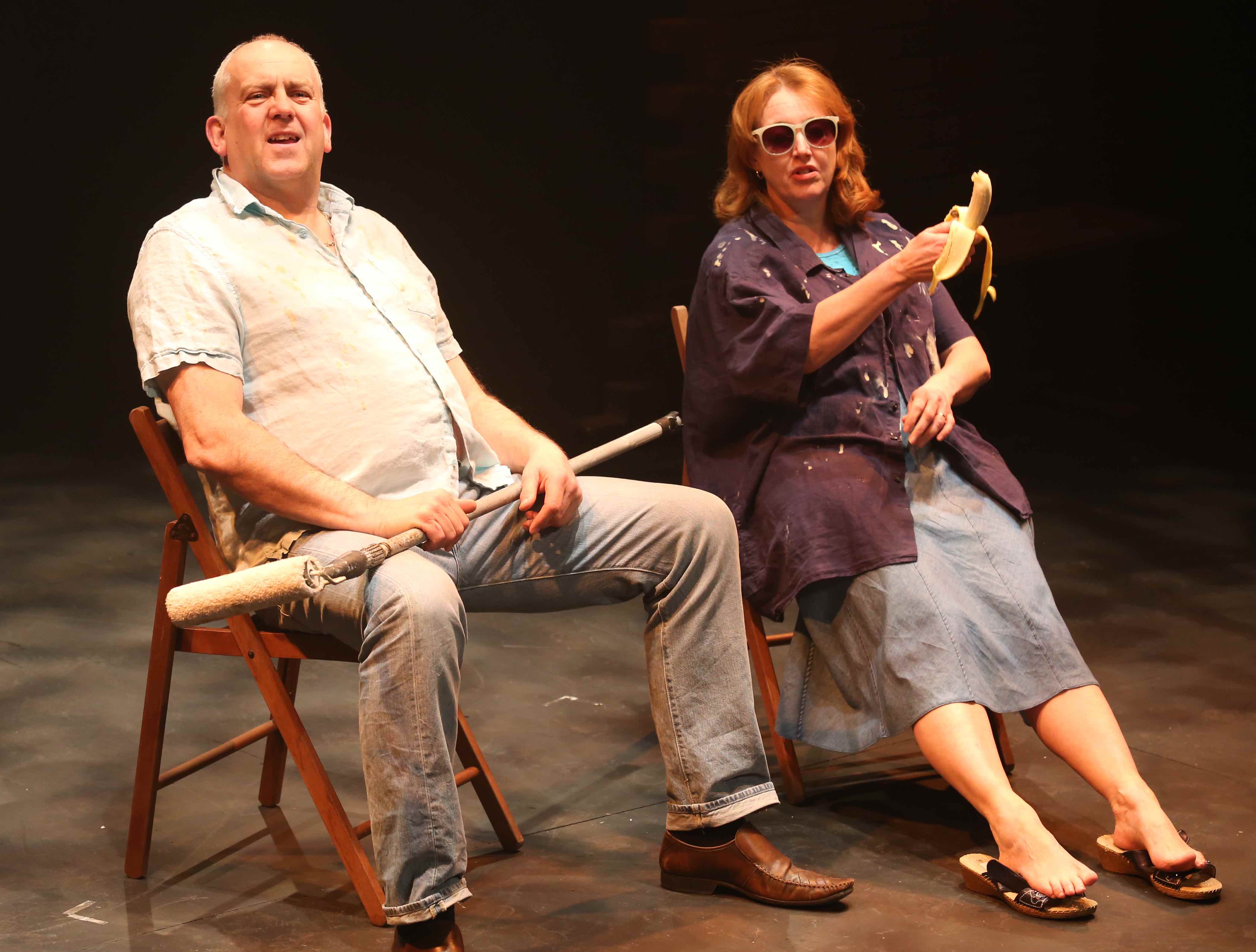 Godber and Thornton succeeded in making these characters real and relatable, again exhibiting Godber’s motivation behind his theatre form. Godber perfectly portrayed the stubborn nature of a middle aged, ‘shafted’ Yorkshire man in a very subtle and precise way, avoiding the typical stereotypes we have seen before. The comedy timing between the pair was a pleasure to watch, even during the more solemn moments of the narrative. Initially, I did question the slower pace of the narrative, debating whether the style of the performance was in fact a too close parallel to every day life. However, the more I got to know the characters of Harry and Dot and began to recognise their individual characteristics I started to appreciate the smaller, sentimental moments in their life, which infarct we can overlook often in our own lives.

Throughout the play the music was expertly used to make the delicate scene changes between years or even decades. The music and simple lighting worked harmoniously together to transport the audience through these different eras and set the tone for the events to follow. As the narrative unravels the audience are able connect to this average, working class couple in a way you don’t achieve with larger, elaborate productions. Godber, both as a playwright and director certainly has a unique capacity in which to portray strong, powerful and haunting political consequences in a relatable and simplistic context.