Shechter's work in experimental and contemporary dance has been lauded by critics worldwide, and after watching this trilogy of dances collectively known as Barbarians last night it is very easy to understand why.

The first part of the trilogy, 'The Barbarians In Love' is stark and dark. An imaginative and brilliant use of lighting throughout, along with complementing noise - either ultra-modern sounds and beats or snippets of Classical - this makes for exciting and challenging theatre. Shechter makes the audience feel uncomfortable and unnerved, leaving them in total darkness with nothing happening except a low-pitched vibrating noise which shakes your very insides; or blinding you with spotlights before turning them back on the stage to show the dancers in a completely different pose; or even ending the piece with the house lights coming on very slowly from the back of the auditorium. It took the audience a long time to realise the first piece was over, and we all sat their waiting in anticipation, until eventually someone clapped! This is exciting and thrilling, and it takes us all out of our comfort zones. The piece itself was chilling. Seven dancers dressed all in white on a completely bare stage falling in line with the commands of a VO 'Control' who manipulated them as if in some modern psychological prison where the inmates are political prisoners being brainwashed and made to conform, to become one, to toe the party line, and the whole piece could be seen as an allegory for communism and political authoritarianism. There was humour in there too, and a lovely breaking-down of the forth wall. Without this the piece would have just been too heavy. It was extremely well thought through, and the dancing was not only exciting, challenging and energetic it was also perfectly executed. 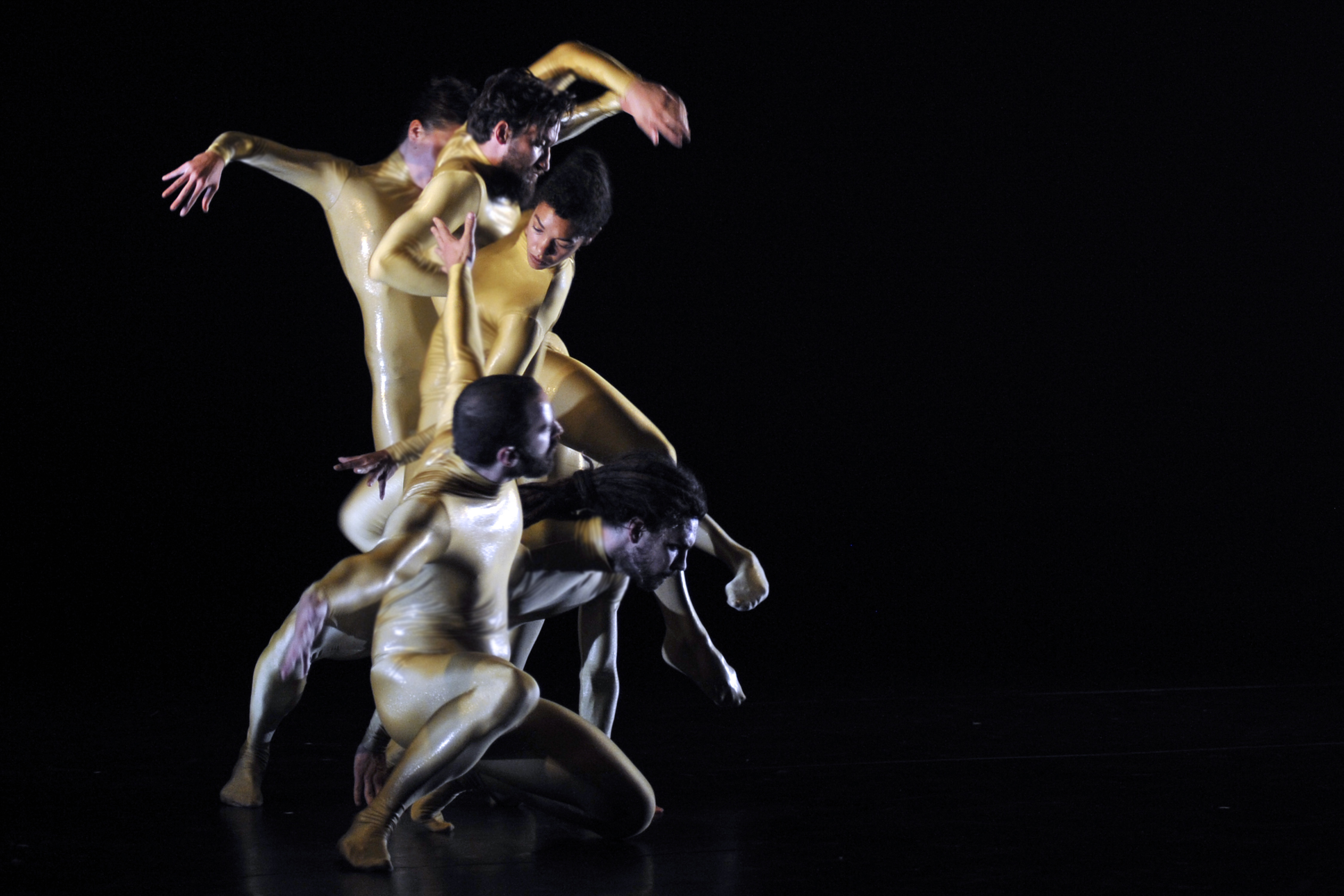 After the interval came the second piece of the trilogy, 'tHE bAD'. For me this was the hardest of the three pieces to understand and the least accessible. Shechter also studied percussion, in particular the drums, and throughout his choreography you can see evidence of his obvious love of this in his rhythms and relentless beats over and over again, sometimes in unison, sometimes dancing against each other. It was clear in this piece and also in the beginning movements of the third piece too.

This piece saw 5 dancers, all dressed in gold skin-tight body-suits (why?) perform some rather obvious and overt sexual choreography, as well as one male dancer start talking to the audience once again nicely breaking the forth wall, and injecting some much needed light-heartedness.

There was a short break whilst the bare stage was now slightly readjusted with the wings being replaced and a black backcloth added. (Why, was unclear, since no set or scenery was used in any of the pieces - so I really didn't quite understand the necessity for this... but still...) And the third piece started. This was curiously entitled, ' Two Completely Different Angles Of The Same Fucking Thing', which saw a male dancer dressed in lederhosen and tracht and a female dancer in a pair of trousers and blouse. It started small, monotonous, sedate, and grew into frenetic need, lust, and desire. It became a simulated sex scene bordering on rape but never really going quite that far; but again it became dangerous. As this was happening four dancers from the first piece in their white smocks, and four dancers from the second piece in their gold skin-suits came back on stage and danced around them in a kind of physical representation of the Greek Chorus. It was interesting because it also made the three pieces belong to each other. Without this, they had no connection at all.

I am not certain I understood the dances, or have even interpreted them correctly, but what I do know is that Hofesh Shechter and his company are absolutely at the top of their game. They are innovative, exciting and it makes for compelling if rather uncomfortable viewing; and the choreography, precision and stamina are second to none! If you love contemporary dance, then this is an absolute must-see! 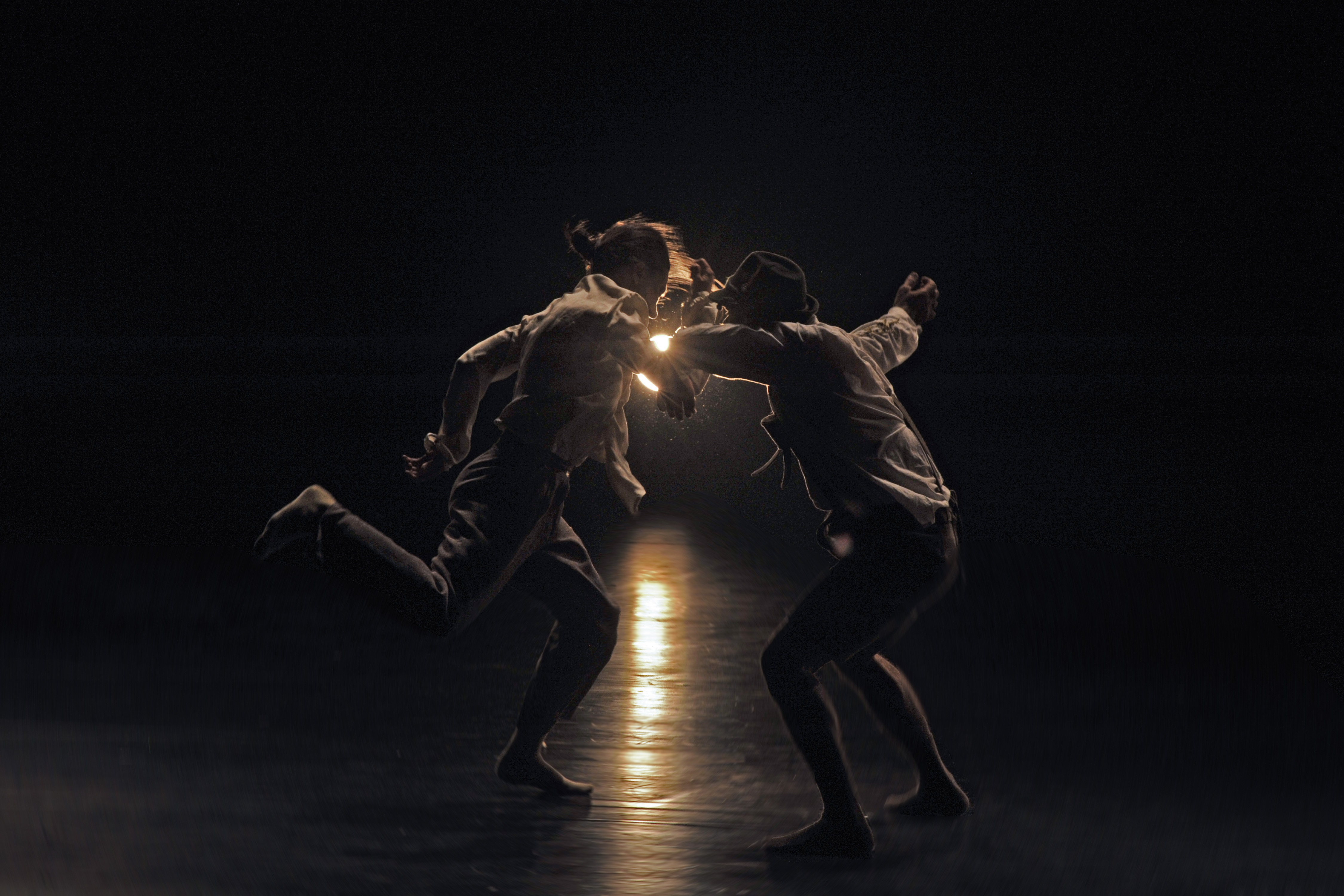