From the moment this musical begins you are drawn into a world of Nathan Leopold (Jo Parsons) and Richard Loeb (Ben Woods) and remain transfixed until the final note in this wonderfully staged production.

Former law student Leopold sits center stage as the show opens during his 5th parole hearing at Joliet Prison in 1958. What follows is a series of flashbacks telling the story of how he ended up in prison for a crime he committed alongside fellow law student Loeb in 1924.

Leopold is in love with Loeb to such a degree that he will do absolutely anything for him which allows them to be together. Loeb does not share these feelings but at the same time sees a way that he can use Leopold to help him fuel his obsession with crime. After convincing Leopold to sign a contract between the pair they plan and execute a series of petty robberies and arson before Loeb announces that he wants to up the stakes and plans to commit the perfect crime.

The pair plan to kidnap and murder a 12 year old boy before demanding a ransom from his parents. It is clear Leopold is not comfortable with the idea of this crime but such is his obsession with Loeb he feels he has no choice. What follows in the aftermath of the crime including the Police investigation and subsequent imprisonments makes for brilliant theatre with a number of twists that you just don’t see coming.

This two-handed musical directed by Guy Retallack interprets Stephen Dolginoff’s book, music and lyrics stunningly and is simply staged in front of a minimal set lit atmospherically by Richard Williamson. This is a slick and fast paced production which uses Leopold as narrator to transition between scenes. Both Parsons and Woods give strong, confident vocal performances in what is a clever and varied score.

It is not difficult to see why this production was so well received at the Edinburgh Festival gaining rave reviews across the board. Tonight’s performance at The Lowry sees the show embark on a month long tour of the UK following a brief residency Greenwich Theatre.

Thrill me continues tonight (9th) at The Lowry. 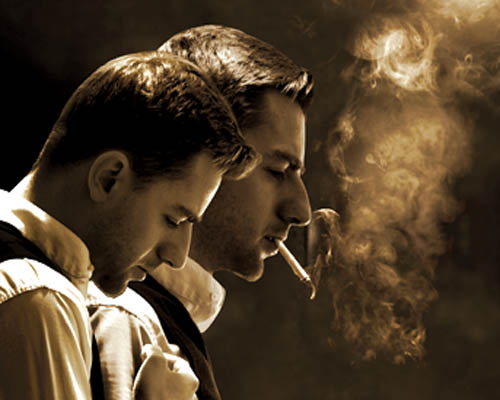