A Thought-provoking play, Plastic Figurines gives you an insight into the Autistic Spectrum and the struggles of a sufferer and carer.

Studio theatres are often associated with abstract and specialist plays, and rightly so if the only way to make a new show a success is to showcase it to a smaller and more intimate audience who are passionate about promoting and experiencing the hard work of talented actors and playwrights.

The Lowry’s Studio plays host to, Manchester Theatre Award-nominees, Box of Tricks Theatre​Company’s latest offering in Plastic Figurines. A one act play following the lives of Mancunian siblings Michael and Rose Flynn whilst their mother is in hospital suffering from Leukaemia. ‘Mikey’ has Asperger’s and since Rose has been away at university in Edinburgh, she has not had much contact with the illness or been aware of its burden.

Speaking of burdens, playing a character of such strength and truth requires a huge amount of dedication, research and literally embodying the portrayal of such a sufferer. With the play drawing on the personal experiences of playwright Ella Carmen Greenhill​, it is clear that Jamie Samuel​’s Mikey is played to perfection, with such power and emotion - a draining experience for any actor.

There are always stigmas to illnesses, diseases and disorders, especially when people do not fully understand them. The physical, emotional and mental strain it has on a carer, or anyone in direct contact to the sufferer, is unthinkable and can often be unbearable. Add the fact that Remmie Milner’s Rose is still grieving from, not only the fatal suffering her mother has had to endure and the later passing, but the lack of understanding of her brother’s condition and inability to know the reasons why he is the way he is.

A truly believable portrayal from both, around the minimal set of a hospital waiting room set in front of a corridor, divided by a wall of frosted windows, which double as their home, the church and Mikey’s bedroom, occasionally in the form of a split stage when Rose’s poignant monologues were performed as dialogue with her mother; before and after her passing.

With comedy throughout, it makes the story somewhat easier to swallow between the lumps in your throat created by the tension created by frustration and the reading of a letter written by their hospital-bound mother.

If you yourself care for someone who has Asperger’s or any form of Autism, and would just like to feel reassured that you are not alone, go and see this amazing presentation. Equally, if you don’t know about the spectrum of severity of autism, go along tomorrow (Thursday 7th) and get a real insight into what life is really like for a sufferer and a carer.

As with most things, you can’t extinguish stigmas or negativity until you understand its reasons and impacts, but please, I urge you to head to this show and think next time you see someone ‘different’ and show respect for their struggles through the life you share.

Until tomorrow (Thursday 7th), before it heads to Derby, Shrewsbury and Mold. Details at: www.boxoftrickstheatre.co.uk 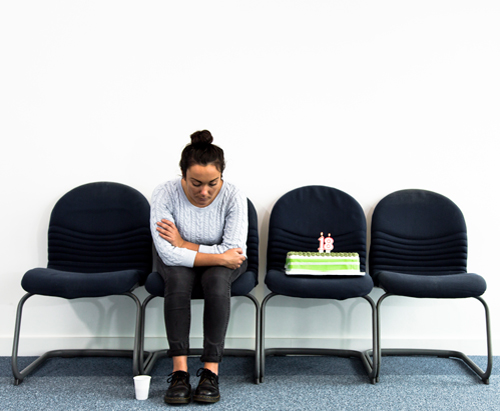