The Importance of Being Earnest: The Lowry

The Lyric Theatre at the Lowry is packed to the rafters… and no wonder. What a star studded cast; I don’t think I’ve ever seen a show with so many famous names and familiar faces. Nigel Havers plays Algernon, an idle rich gent; Martin Jarvis is Jack, a rich gent, but possibly less idle (Don’t worry, everyone in this is rich) Sian Phillips is the “gorgon” aunt, Lady Bracknell, who gets to deliver the immortal line “A handbag!” which she pulls off impeccably.

Oscar Wilde’s farcical comedy was first performed in 1895 in London. It was subtitled “A serious comedy for trivial people”, which pretty much sums up the characters, and described as “a lampoon on Victorian society”. It’s also Wilde’s most famous and most quotable play.

“To lose one parent may be regarded as a misfortune; to lose both looks like carelessness.”

The set is amazingly detailed and lavish, a plush country house interior; even before the players appear every inch of the set provides something interesting to look at. When Nigel Havers strolls out I’m immediately struck by his bright red Nike (other brands are available) trainers, an eye jarring anachronism, but it quickly becomes apparent that the farcical complications of the original play are further complicated because additional material by writer and broadcaster, Simon Brett, has the whole show as a rehearsal for a stage play; I’m not too sure what the purpose of this framing device is, except that it does provide a few additional metatexual laughs and nods to the audience. (Look out for Havers’ wink.)

“In matters of grave importance, style, not sincerity, is the vital thing.”

The first thing to note is that Ernest, as punned in the title, is a made up character; Jack and then Algernon assume the name as they try to woo the women of their dreams; each of the women will only marry a man called Ernest. Wilde is gently mocking the concepts of love and marriage… Well, who doesn’t? His wit is sharp and stands the test of time; some lines are hilarious.

“If I am occasionally over dressed, I make up for it by always being over educated.”

The cast are all experienced and a sheer delight to watch. One of the best scenes is a meeting between Carmen du Sautoy and Christine Kavanagh as Gwendoline and Cecily respectively, who snipe at each other in a mannered fashion, their put downs, their body language, their prowling cat like movements and indignant intonations are a joy to behold: beautifully timed, beautifully acted.

The show is perhaps slightly longer that I would prefer, but it is genuinely funny, witty and clever, farcical, ludicrous and very entertaining. Some believe Wilde’s original had a homosexual subtext, but if there’s one here it’s well hidden… possibly in a closet.

“The truth is rarely pure and never simple.”

It is generally accepted this is Wilde’s best play, his most famous and indeed infamous, as it actually saw the start of his downfall. During the original run, Lord Queensbury, the father of Wilde’s gay lover, intended to throw a wreath of rotting vegetables onto the stage in protest at Wilde allegedly seducing his son. Wilde sued Lord Queensbury for libel, and in the proceedings inadvertently managed to “out” himself, leading to a series of trials for his homosexuality. He was found guilty of gross indecency and sentenced to two years hard labour. Upon his release he left the country, never to return.

Wilde died in Paris in1900, aged 46, destitute and in disgrace. Earnest didn’t die; to this day the play is alive and well, and 120 years old this year. Many happy returns. 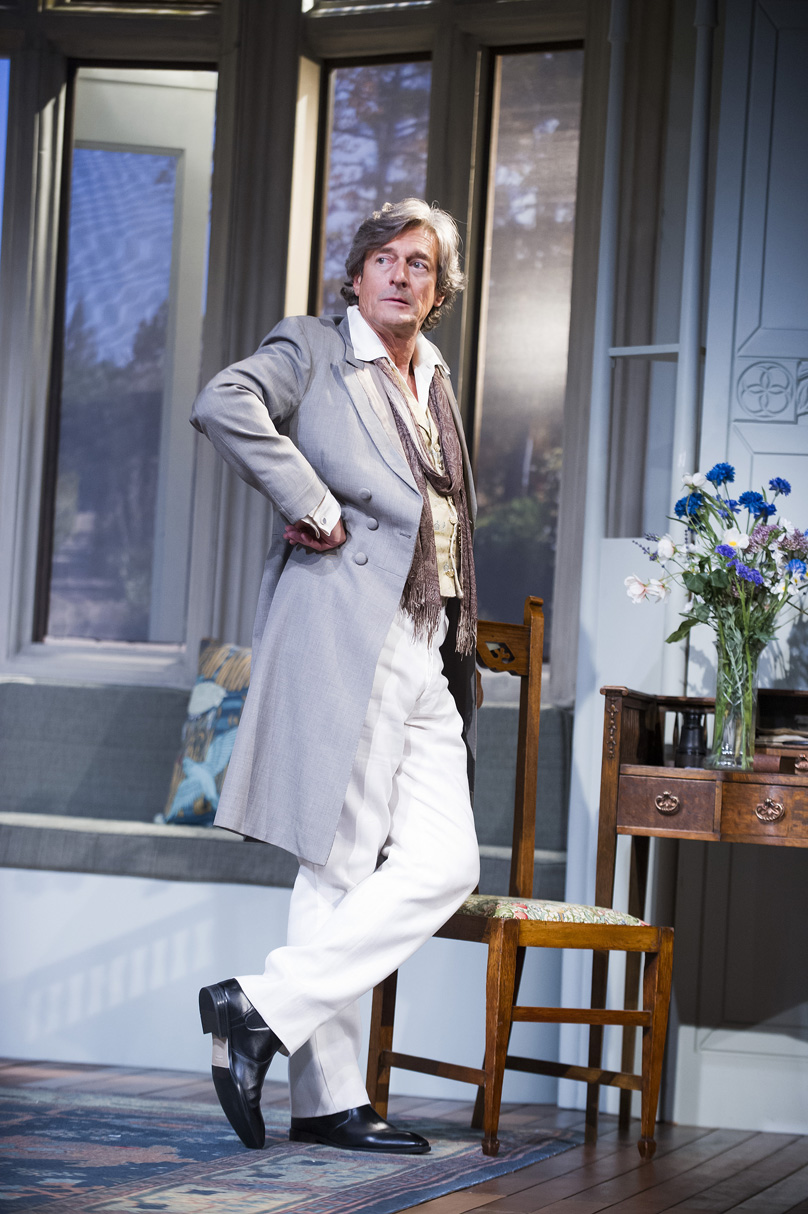