Sit back enjoy a trip down memory lane as Dreamboats and Miniskirts takes you back to the charm and music of the 60's. It's very safe to say the same team - Laurence Marks and Maurice Gran have done it again after bringing attention to the 50's with Dreamboats and Petticoats and now 10 years on with this smash hit juke-box musical. I just say I was a little hesitant about this musical as sequels can go either way when it comes to maintaining an audience but this is a real treat for those that can't get enough of the sound of the 60's.

The plot was easy to follow as I think the show is mainly about appreciating the rock n' roll of the sixties. I certainly enjoyed listening to the hits which included: ‘Twist and Shout’ and ‘Do You Love Me’ which had the audience swaying on their seats. I'm no stranger to the sixties even being a few generations away from that era so this show really is one for any age and probably very popular amongst older audience members.

Since Dreamboats and Petticoats we re-visit our original cast although there isn't really, such development from what we last saw, it's very much an extension. Donna is still with Ray and also gaining success as a hairdresser, while Sue and Norman are married and expecting. Also we are learning that Bobby and Laura are searching for stardom after the success of their last hit.

I think The Grand theatre was an obvious choice to take this musical on this tour as it's character is flawless and on stage the set was very basic which was clearly needed as the cast were flawless and certainly brought the show to life under the direction of Bill Kenwright.

The favourites for me were the leads Bobby (Alex Beaumont) and Laura (Elizabeth Carter) there on stage relationship is very intriguing to watch as they embark on their journey for fame. As well as having the swinging sixties moves they also understand the backbone of their roles; they had their no.1 hit with ‘Dreamboats and Petticoats’ but now their career and relationship has taken a step back and is going nowhere.

Tim Oliver has done a terrific job with the lighting of this musical as although it was stripped back, it was still very vibrant and complimented the cast smoothly in sync with the songs and the sleek choreography that certainly reprised a lot of the well-known moves from the sixties.

The biggest point I can make about this musical is that you must not be put off by it being a sequel and it is still one to understand without watching Dreamboats’ and Petticoats. You will be itching to jump of your seats and dance along to more than 40 hits from the 60’s, cheesy grins and probably one of the best juke box musicals I can say I've witnessed.

For more show information and for tickets visit www.blackpoolgrand.co.uk and take a step back to the good times. 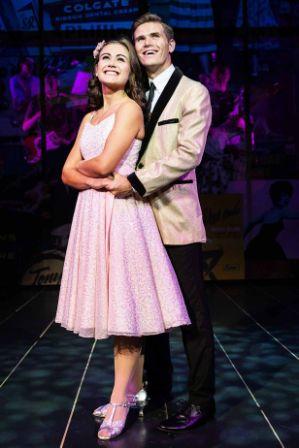