Alder and Gibb - The Lowry, Salford

Adler and Gibb is the perfect antidote to a safe night at the theatre: creepy and honest mixed with all the pain and confusion of just wanting to be left alone.

The first few minutes are held in engrossing silence as we see a young girl wearing headphones carrying out the orders whispered by a stage manager figure sat at the back.

The writer and director of Adler and Gibb, Tim Crouch likes making what he calls “dematerialised” theatre. He says “for me, it suggests a theatre that is closer to being a conceptual artwork than a figurative or representational form.”

We see this right away as ambitious actress Louise (Cath Whitfield) and her acting tutor/camera man Sam (Mark Edel-Hunt) stand apart, looking out front, simply saying the lines to each other. Combined with Charlotte Espiner’s clear and attractively spartan set: four chairs, a large cloth hangs, a sandbox filled with dirt and upstage, a battered metal shelf full of props, at first it’s all a little weird. However Whitefield’s great vocal tone and Edel-Hunt’s playfulness renders the first scene almost like a radio play, leaving you to imagine the deserted house in the middle of nowhere that they’re describing. And about to break into.

The actress Louise is here on a very important trip: she’s doing character research for her upcoming film role, a biopic of the artist Janet Adler. She’ll do whatever it takes to ‘get’ Adler. Including breaking into the house Adler and her wife Margaret Gibb came to escape from the art world. 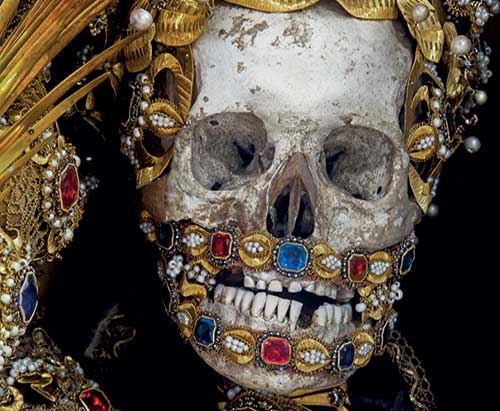 There’s a lock on the gate, but no one’s here right? Louise tells Sam to snip the lock off and they break inside. Then who should appear but Adler’s wife, Gibb, dressed in boyish, country attire who everyone, Louise and Sam included, thought was dead.

What follows is a tense, sometimes uncomfortable and always gripping evening in which Louise digs up the past that Gibb holds dear.

This piece directed and written by Crouch debuted in 2014 and rather than being well-worn is well-balanced. The tension is broken by both wry humour and moments where you can’t help but laugh at how desperate Louise’s ‘method’ is. Actor jokes abound, the most memorable being Louise’s revelation: "my shoulders are so relaxed right now!”

This is a tight four-person cast and Gina Moxley's Gibb stays with you long after. At first stubborn and droll she opens up into a such a uncluttered, honest performance that pulls you onto her side over the skittish and dangerously driven Louise who's limitless ambition knows no respect or decency.

Mark Edel-Hunt's Sam, Louise’s "acting coach, councilor, advisor" brings comic relief as the normal one trapped between these two women. He also hurt by Louise’s drive, accidentally cutting himself breaking in. How he portrays Sam’s worsening state due to septicemia is brilliant, complete with shakes that induce both repulsion and sympathy.

Jillian Pullara is the art student who’s presentation on Alder and Gibb’s partnership is the frame that holds the show together. Pullara is well cast, bringing a down to earth simplicity in contrast to the crazy art world we see her document and it’s so refreshing to see a plus-sized actress onstage too.

In the end, the bad guy wins. Louise collects the Oscar she so desired, but only we know the true cost of it.

If the unconventional presentation of Forced Entertainment mixed with the compelling, contemporary storytelling of something you might you see in the Royal Exchange's studio sounds ideal - this is for you. As much as I hate happy-clappy reviews, there’s not much to dislike here. Adler and Gibb succeeds by being analytical, unconventional, thought-provoking and is given a raw, beating heart by Moxley and Whitefield.