On the prowl for something to watch in Stoke? Look no further than the Regent Theatre this week as the Andrew Lloyd Webber classics Cats has hit the stage. This show is one that everyone has some knowledge or shall I say ‘Memory’ of. The show itself is based on a series of poems by T.S Elliot and can be a little confusing for someone who hasn’t seen the show before. I saw the show some years ago but I honestly think this version is a hundred times better.

The dances in this show are somewhat classic, sleek and elegant and the cast never put a foot or in this case a paw wrong. Every actor in this show is the human embodiment of a cat. The movements by every cast member is impeccable and the commitment that goes into every performance of the show is something everyone should be in awe of. I do find the cats themselves quite creepy when they’re near as they are exceptionally convincing. This show is brought out into the audience a lot which is a huge change from traditional musical theatre but it’s also a breath of fresh air all the children in the audience were memorised when the cats were amongst us in the stalls. 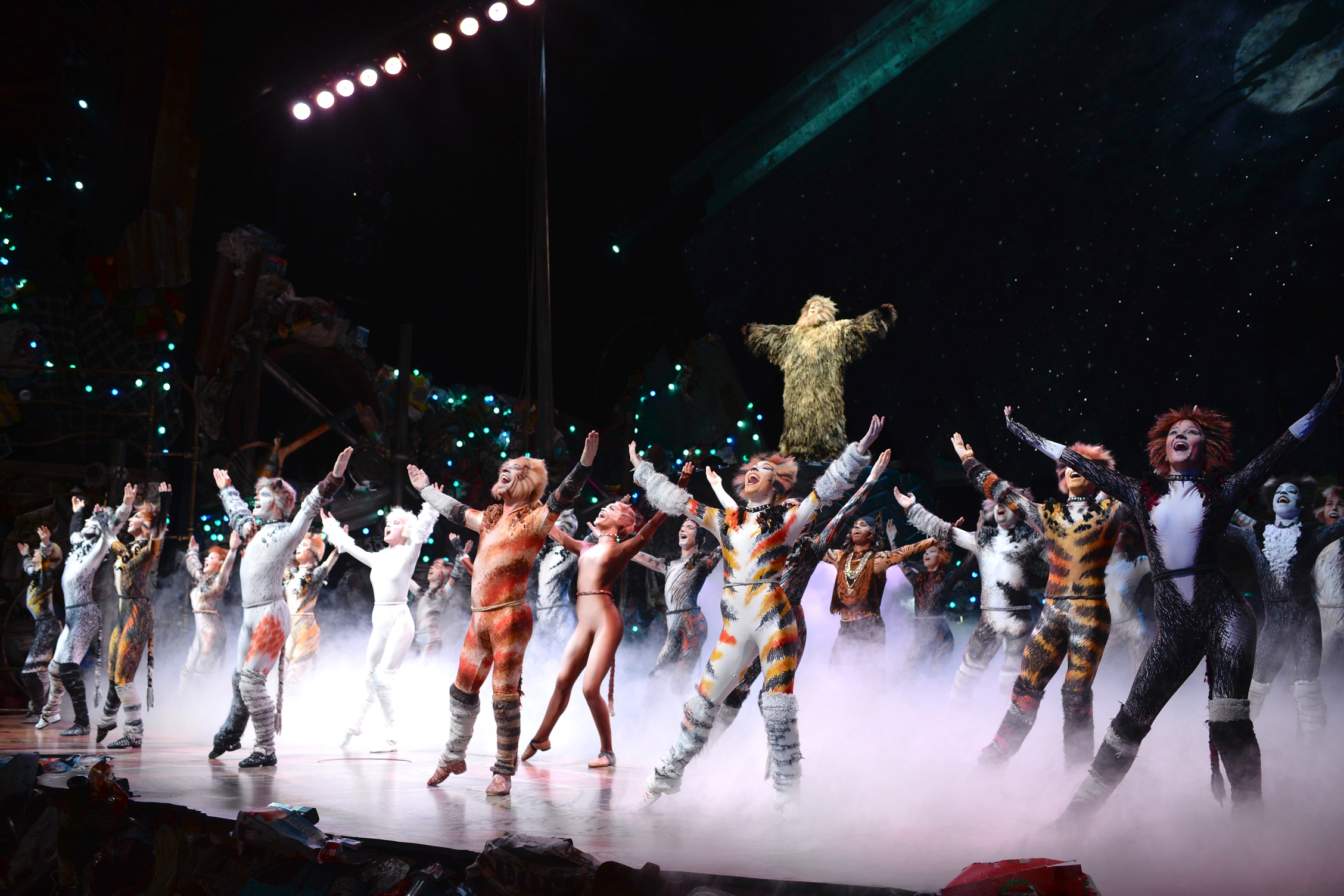 I’ve seen a lot of comments online about the Rum Tum Tum Tugger song being changed into a rap. My honest opinion on this is I absolutely loved it Marcquelle Ward who portrayed the role was absolutely incredible. It breathed a new life into the show and showed him being a curious cat a lot more as he was so different from the other cats. My only gripe with this change is his costume, he looked MC Hammer in cat form in his baggy loose fitting trousers and gold chains. I seriously loved Marcquelle’s portrayal and I think he might have been my favourite performance of the night. He was whole heartedly brilliant and he had the audience in the palm of his hand. He had a voice like silk in Mr Mistofflees. He was second to none. He brought the show into modern times and he did it exceptionally well.

I can’t put into words the applause Marianne Benedict received for her rendition of Memory. It was like rolling thunder I thought it was never going to end. Her vocal in this song gave me goosebumps! She was the perfect casting she couldn’t of been any better. If you go and see the show just for her version of this song go.

Another standout performance for me was Greg Castigloni as Gus and Growltiger, his characterisation was insane he was remarkable as both characters. Also Joe Henry and Emily Langham as Mungojerry and Rumpleteaser, these two were just perfectly casted they worked together in perfect union.

The set was incredible the amount of detail within the set was beautiful even down to the stairs being cereal boxes. The lights draped around the theatre made the show for me. The lighting in this show was brilliant the lights amongst the audience drew us in.

Overall, the show was really enjoyable, I think I enjoyed the performances of the whole cast more than the show itself however. As I do find points of the show do drag but this cast did keep you engaged throughout. You should go and see it for yourself however to experience one of the most popular and famous shows. Go and get your paws on some tickets and experience fir yourself.

Cats plays at the Regent Theatre, Stoke until Saturday and tickets can be found at http://www.atgtickets.com/shows/cats-2/regent-theatre/