As a child, Sunday nights meant a mad dash to finish homework (or start it) have a bath and sit down as a family and watch Heartbeat, it was a staple in my household with me humming the theme tune every time, even as an adult without the homework; so imagine my delight that it's been turned into a live production and I'm lucky enough to be seeing it in the beautiful Buxton Opera House, it gets better yet; with two of the original characters from the TV show in the cast, show favourite; David Lonsdale and the very funny Steven Blakeley.

So once again, I am transported to the fictional Yorkshire village of Aidensfield to the morning after the night before with Gina, played by the vibrant Carly Cook inside the Aidensfield Arms. Getting a TV show to stage does come with nuisances and one of them is set changes, but this production features a very clever turning stage which makes scene changes effortless and we can be transported from inside the pub to a graveyard in seconds. 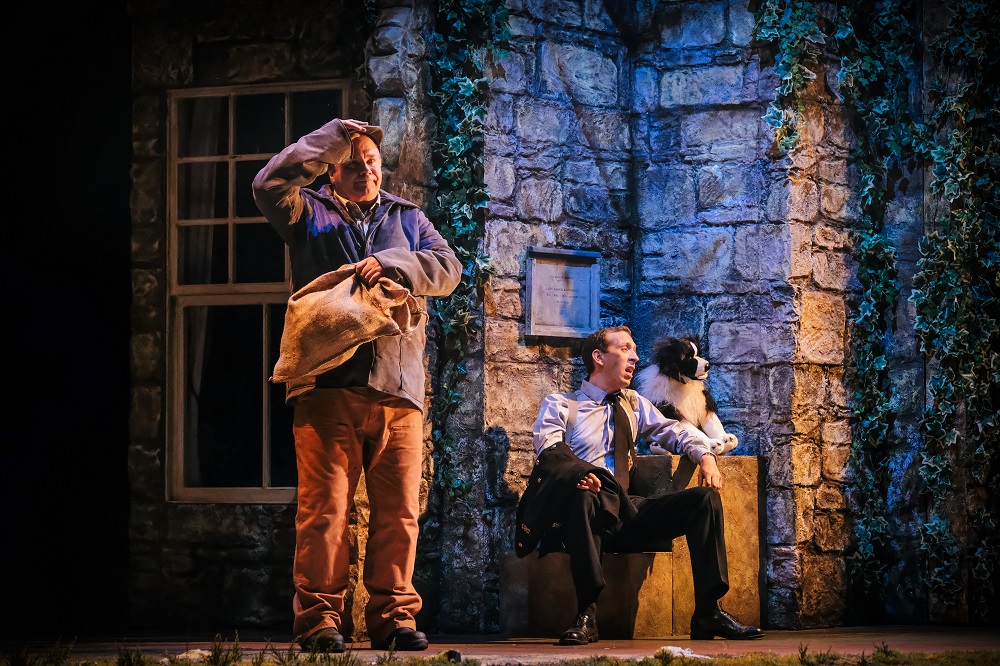 The show is very slick, it has been touring since March this year but after tonight, you would have thought they'd been touring a lot longer, everything and everyone fits well with the story.

And on to the story, I don't want to give too much away as I feel this is a show which needs to be seen to be appreciated, but when a mysterious young Aidan McGuire arrives in the village, played by the wonderfully talented Callum O'Neill, suspicion becomes rife and as the plot unravels with another non-local James Sheedy played by the convincing Jason Griffths, the suspense and tension is eclectic. The show isn't just serious and while you are on the edge of your seat for the main storyline, the beauty of Heartbeat has always been the two storyline running together and the live show is no exception, we have comedy relief throughout in the form of David and PC Younger, as mentioned earlier; played by original cast members David Lonsdale and Steven Blakeley respectively. The duo work very well together and get the laughs on this production, sometimes in a slapstick nature, it just works with Blakeley playing the role so well, it was made for him.

The second half of the show is very tense and grips you to the story right till the end, it's exciting and just keeps draws you in with an impressive conclusion where you could hear a pin drop in the audience with David Horne who played Bernie Scripps breaking the tension with humour every so often, but they had every audience member drawn in to the story. This show was always going to have very high expectations to live up to, with such a long running well loved TV Show such as Heartbeat; it was enjoyable and it's a wonderful idea and hope they extend the run because I am certain that many more people would want to see such a well-rounded piece of theatre.