Universal Stage Productions, Working Title Films and Old Vic Productions are delighted to announce the complete list of dates for the first ever UK and Ireland tour of Billy Elliot the Musical.

Eric Fellner (Producer) said today: “Having recently celebrated ten extraordinary years of Billy Elliot the Musical in London, we are delighted to have the opportunity to bring a new touring production of this inspiring show to fans across the UK and Ireland and the chance to delight new audiences along the way.” 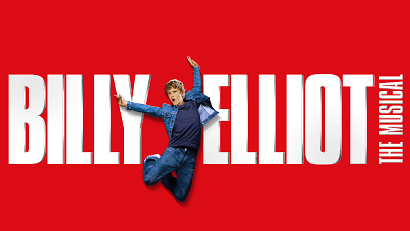 Based on the highly successful film, the show is set in a northern mining town against the background of the 1984/’85 miners’ strike and follows Billy’s journey from boxing to ballet class where he discovers a passion for dance that inspires his family and whole community and changes his life forever.

Acclaimed by audiences and critics alike, Billy Elliot the Musical has now been seen by over 10.5 million people across five continents and is the recipient of over 80 awards internationally, including ten Tony Awards and five Olivier Awards. In 2006, Liam Mower, James Lomas and George Maguire, the first three boys to play the title role, became the youngest performers ever to have won the Olivier Award for Best Actor with the show also picking up the Best Musical prize. In total, eighty nine boys have now played the iconic title role on stage worldwide.

Billy Elliot the Musical is brought to life by the multiple award-winning creative team behind the film including writer Lee Hall (book and lyrics), director Stephen Daldry and choreographer, Peter Darling, joined by Elton John who composed the show’s score. The production features scenic design by Ian MacNeil, the associate director is Julian Webber, costume design is by Nicky Gillibrand, lighting design by Rick Fisher and sound design by Paul Arditti. Musical supervision and orchestrations are by Martin Koch.

The first Dutch production of Billy Elliot the Musical continues at the AFAS Circustheater in The Hague. Productions have previously been staged on Broadway, in Sydney, Melbourne, Chicago, Toronto and Seoul, South Korea. The North American touring production, which began in 2010, finished its spectacular run in August 2013 with an engagement in São Paulo, Brazil, the first time Billy Elliot played in South America. Further international productions are planned including the first Japanese production in 2017. Billy Elliot the Musical is currently booking at the Victoria Palace Theatre, London until 17 December 2016.

Billy Elliot the Musical is presented by Universal Stage Productions, Working Title Films and Old Vic Productions and is based on the Universal Pictures/Studio Canal film. The show is produced by Tim Bevan, Eric Fellner, Jon Finn and Sally Greene. Angela Morrison and David Furnish are executive producers.