One of my first reviews for North West End was the Reformed Allerton Dramatic Society (RADS) production of The Hound of the Baskervilles, so it was good to return and catch up with Chair Jenny Jones, Treasurer Nick Pye, and Nick Broadhead, the popular local writer of their latest production Subject to Contract which he also directs.

Broadhead’s play centres round two couples in their late 30’s/early ‘40s where each partner has something in common: being fed up of their other half! When one of the husband’s engages a contract killer to bump off his wife, he doesn’t realise it has been seen by the other couple who separately approach him with blackmail in mind: for him to arrange to have their other half bumped off too! The suspense is heightened through geographical alibis, mistaken identity, and a rekindled love interest, which guarantees that nothing is going to go to plan in this comedy thriller where the audience knows more about what is going on than the characters. 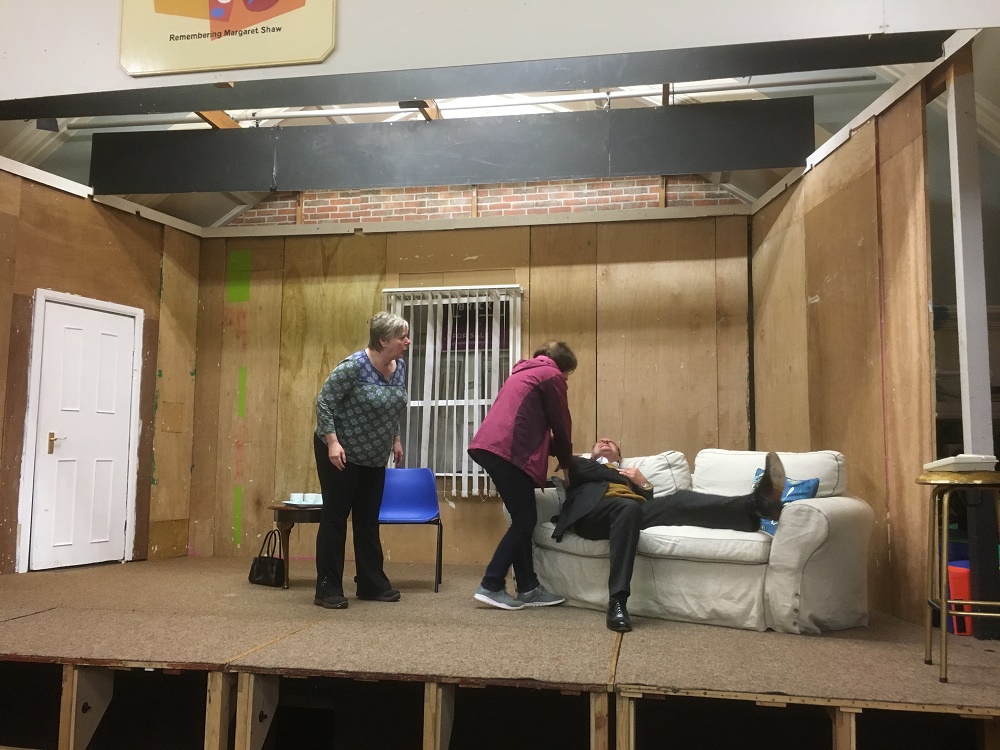 Broadhead has a long-term involvement in stand-up and writing but only got involved in playwriting ten years ago and now has several pieces under his belt. Contract killers is an unusual topic and he confesses he doesn’t really know where the idea came from but once it had taken seed the next 18 months were spent working on it with its dark humour testament to black comedy masterpieces of the past.

And this is where RADS comes in as Jones and Pye, both of whom are involved in the play, were keen to explain. Based at the Allerton United Reformed Church, there had historically been an Allerton Dramatic Society which suddenly stopped so in 1973/74 when business was resumed it seemed only appropriate to consider it ‘reformed’.

RADS’ back catalogue pays testament to great comedy farces and murder mystery from the likes of Arthur Conan Doyle, Agatha Christie, JB Priestley, and Noel Coward to name but a few which have always proven popular with audiences so when one of the members picked up on Broadhead’s play they recognised immediately the opportunity to do something new which would appeal to a modern audience.

But RADS are so much more than their two plays a year might suggest as from the setting of the church hall they are able to reach out beyond those who already know and appreciate theatre and touch the lives of those whose interest may be piqued but whose involvement may be less certain. The presence of RADS alongside other activities represents the perfect example of bringing locals together under the social umbrella of a local church that has allowed itself to become a hub for community engagement.

With the added benefit of being able to store props and costumes at the church hall as well as use it for rehearsals, RADS has been able to keep its ticket prices affordable for all and make a financial contribution to the church and ensure its other wider community activities remain supported.

A lovely group of people and a cracking comedy thriller to look forward to – what more could you ask for?

Subject to Contract performs from 14th to 16th November at 7.30pm, with a matinee performance on Sunday 17th November at 2.30pm, all performances at United Reformed Church Hall on the corner of Mather/Booker Avenue.