Join the toughest race in the world

They are now running a series of outdoor themed film and the latest is The Barkley Marathons: The Race that Eats its Young on Friday 11th October,

The documentary follows of 40 of the toughest endurance athletes on the planet who descend upon a small town in Tennessee to test their mental and physical limits to the absolute limit in the annual Barkley Marathons.

The appallingly difficult race was devised as a mockery of James Earl Ray’s historic prison escape after being sentenced to life imprisonment for murdering Martin Luther King that went spectacularly awry. 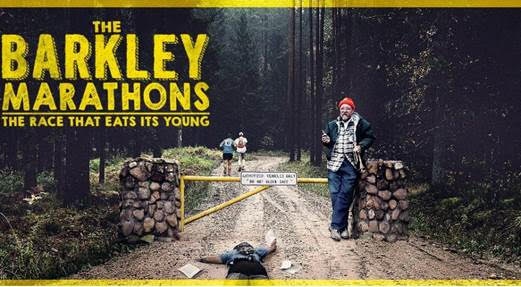 The Barkley Marathons take place in Tennessee’s Frozen Head State Park, over 160 kilometres of tough terrain, sheer drops and thick forest. It’s invite-only with runners having 60 hours to complete it, and it’s one of the few running races that boasts having a nearly 100 per cent failure rate. For that reason the Barkley Marathons is often referred to as ‘The Race that Eats its Young.’

The documentary also focuses on race cofounder Lazarus Lake, who is as unpredictable and irresistible a character as the idiosyncratic event he has created. With a secret application process, unknown start time, and treacherous terrain the Barkley has gained cult-like status with ultrarunners and amateurs alike happy to pay $1.60 to enter the gates of endurance hell.

In its 33 year history only 15 people have finished this holy grail of endurance athletics and one of that select band John Kelly will be in Halifax for a live Q and after the film. He will be talking about how he managed to complete the event in 2017 with a time of 59 hours 30 minutes and 53 seconds.

“John Kelly is one of the top ultra-runners in the World and we are delighted to be able to bring him to Halifax to talk about his epic achievements at Barkley and elsewhere,” says Square Chapel Film Programmer Dave Garratt.

“We have a growing reputation of bringing the best runners, climbers and adventurers from around the world to West Yorkshire and have previously welcomed Mountaineer Mollie Hughes and ultra-runners Nicky Spinks and Fiona Oakes. I’m sure John would tell you about how excited his is to be coming, but he is currently racing in the 330km Tor des Geants in the Italian Alps.”