Full Casting Announced Ahead of Matilda The Musical Visiting Manchester

Having opened to rave reviews at the beginning of this year, the UK and Ireland tour of the Royal Shakespeare Company’s Matilda the Musical has announced today that Craige Els will extend his contract and play Miss Trunchbull at Manchester’s Palace Theatre from 18th September to 24th November 2018.

Liverpool born Craige Els played Miss Trunchbull in the West End for three years between 2014 and 2017 before joining the UK and Ireland Tour when it opened in March 2018. He will be joined by the previously announced cast members Carly Thoms (Miss Honey) and Sebastien Torkia (Mr Wormwood), as well as former West End cast-mate Rebecca Thornhill (Mrs Wormwood).

Craige Els said: "I'm really excited to be playing Miss Trunchbull at the Palace Theatre in Manchester, and coming with the show to its first ever run in the North West... the crowds are always great, and my friends and family from Liverpool can come and watch. Plus it's always a lovely feeling when you're bringing a show home." 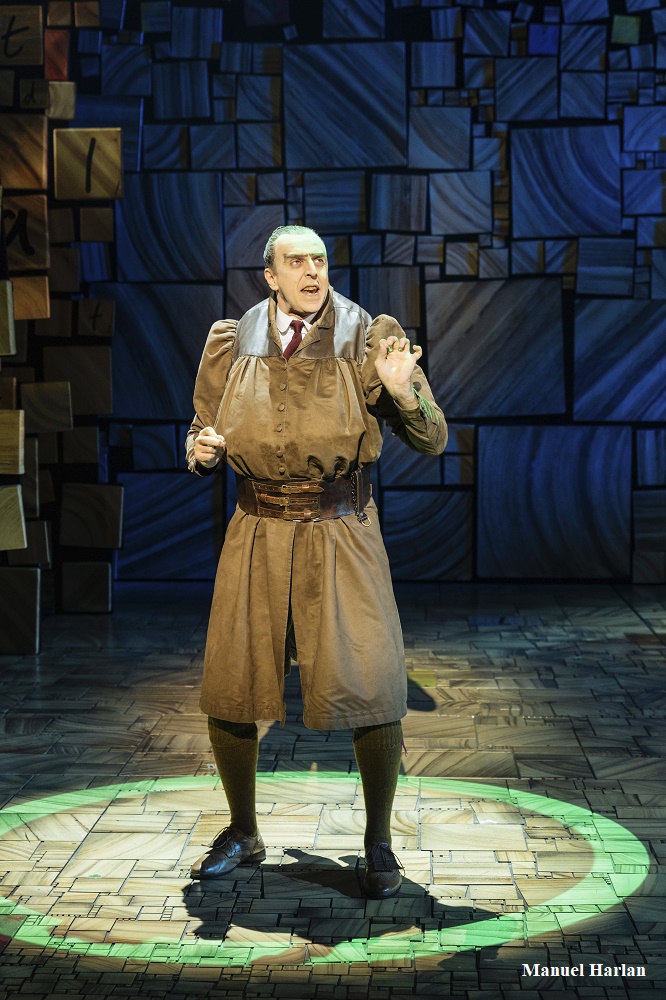 Winner of over 85 international awards, including 16 for Best Musical, Matilda The Musical will open at Manchester’s Palace Theatre on 18th September for an impressive ten week run before continuing on tour around the country. The West End production continues to play at the Cambridge Theatre, where it is now in its seventh year and is currently booking until October 2019.

Matilda The Musical is written by Dennis Kelly, with music and lyrics by Tim Minchin, and direction by Matthew Warchus. The production is designed by Rob Howell, with choreography by Peter Darling, orchestrations, additional music and musical supervision by Christopher Nightingale, lighting by Hugh Vanstone, sound by Simon Baker and the special effects and illusions are by Paul Kieve.

Craige Els (Miss Trunchbull) has previously appeared on stage in Matilda The Musical (West End and UK & Ireland Tour), and for the National Theatre in Timon of Athens, Antigone and The Cherry Orchar. On screen he has had roles in in Ripper Street, The Bletchley Circle and Call The Midwife. Further theatre credits include Victoria Wood’s That Day We Sang (Royal Exchange, Manchester), Mamma Mia! (Novello), Oklahoma! (Chichester Festival Theatre), The New Yorkers (Sadler’s Wells), Never Forget (West End and tour) and Spamalot (West End). Craige has also appeared on the big screen in films such as The Imitation Game, Joe Wright’s Anna Karenina and Simon Connelly’s Hamlet.

Carly Thoms (Miss Honey) most recently starred as Natella/Ludvica in The Caucasian Chalk Circle (Greenwich Theatre). Other stage roles include LV in The Rise and Fall of Little Voice (The Union Theatre), Miss Dorothy in Thoroughly Modern Millie (Adelphi), the title role in Cinderella (Hackney Empire and De Montfort Hall), Lucy in Ushers (The Charing Cross Theatre) and Liesl in The Sound of Music UK Tour.

Rebecca Thornhill (Mrs Wormwood) is an Olivier Award-nominated actress with an illustrious musical theatre background. Rebecca’s previous stage credits include lead roles in From Here To Eternity (Shaftesbury), Mary Poppins (Prince Edward and USA tour), Chicago (Adelphi), Ragtime (Piccadilly), Witches of Eastwick (Prince of Wales and UK tour), South Pacific (UK tour), Beauty and the Beast (Dominion) and Les Misérables (Palace and Denmark). In addition to her credits in the West End, Rebecca has appeared at the National Theatre in Singin’ in the Rain (for which she was nominated for an Olivier Award) and played Gertie in Trevor Nunn’s production of Oklahoma! opposite Hugh Jackman and Maureen Lipman.

The production will be accompanied by Change My Story, a new nationwide education programme inspired by Matilda The Musical, which is set to engage hundreds of children in the Greater Manchester area. Further details can be found at http://uk.matildathemusical.com/tour/

Inspired by the incomparable Roald Dahl’s beloved book, Matilda The Musical was commissioned by the Royal Shakespeare Company and premiered at the RSC’s The Courtyard Theatre in Stratford-upon-Avon in November 2010, before transferring to London’s West End in October 2011 where it opened to rave reviews. Now in its 7th year, Matilda The Musical is the longest running production at the Cambridge Theatre.

The New York production of Matilda The Musical opened in April 2013 at Broadway’s Shubert Theatre and was celebrated on 10 “Top Ten” lists for 2013, including TIME Magazine’s #1 Show of the Year.

Matilda The Musical has now been seen by more than 8 million people worldwide. Having swept the board at the 2012 Olivier Awards with a record-breaking seven awards, and winning four Tony Awards and a Tony Honor for Excellence in the Theater for the four girls sharing the title role on Broadway, Matilda The Musical has now played in over 60 cities and has played more than 5,800 performances worldwide.

After winning a Sydney Theatre Award for Best Musical in 2015, the Australian and New Zealand tour has now played sold-out seasons in Melbourne, Brisbane, Perth and Adelaide. In July 2016, Matilda The Musical broke further records by winning all 13 Helpmann Awards for which it was nominated. The Australian and New Zealand production concludes its tour on 22 October, where it is playing at the Civic Theatre in Auckland.

Matilda The Musical is produced by the Royal Shakespeare Company with André Ptaszynski and Denise Wood as Executive Producers. The production was developed with the support of Jeanie O’Hare and the RSC Literary Department.