Brand new stage musical Summer Holiday is set to tour the UK from May 2018, with the famous red double-decker bus making its first stop at the Liverpool Empire on Tuesday 8th May.

Based on the iconic 1960’s film of the same name, starring Cliff Richard and The Shadows, Summer Holiday will include all of the number one hits from the movie, plus some additional Cliff Richard classics.

Taking on the lead role of Don made famous by Cliff Richard, is singer-songwriter Ray Quinn. Ray shot to fame as the runner-up in ITV1’s The X Factor in 2006. This spurned a career in both music and of late musicals, with his debut album ‘Doing it My Way’ entering the charts at Number 1, and quickly gaining platinum status. Ray is perhaps best known of late for ‘doing the double’ on ITV1’s hugely successful show Dancing on Ice, winning for the first time in 2009, and then again on Dancing on Ice: Champion of Champions in 2014. Ray’s theatre credits include Danny Zuko in Grease (West End), Dirty Dancing (West End), Legally Blonde (UK Tour) and most recently, The Wedding Singer (UK Tour). 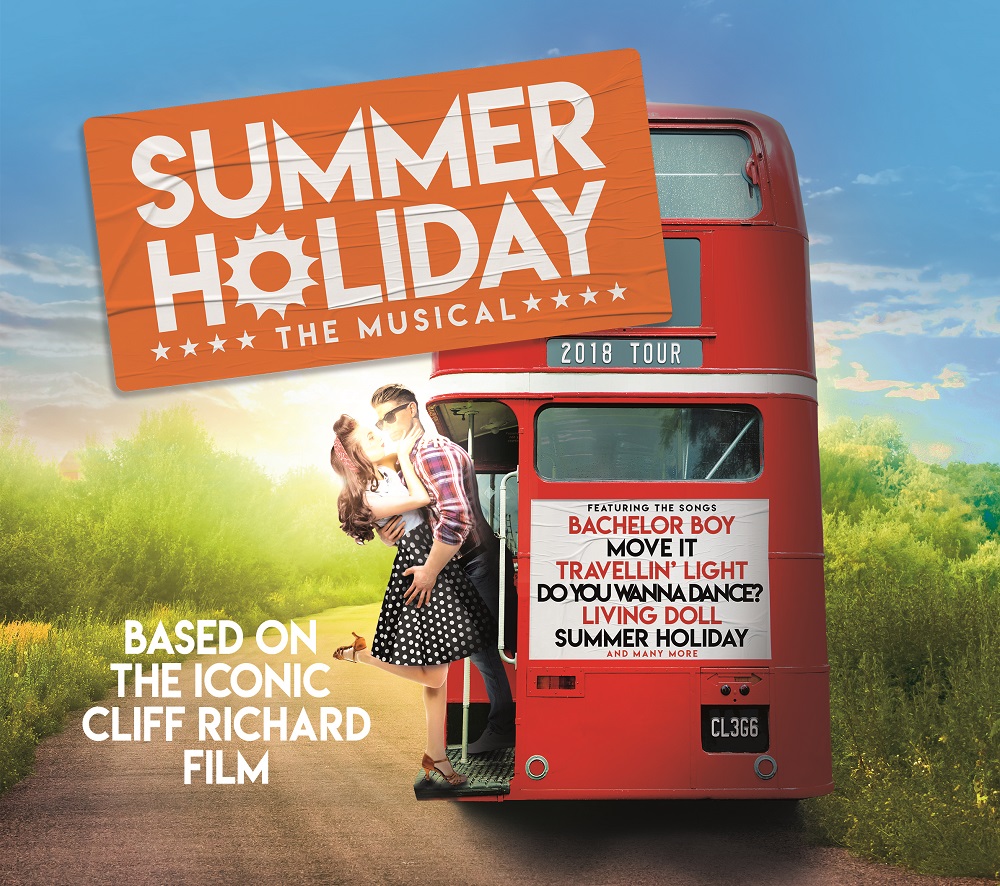 The role of Jerry, the long-suffering agent, will be played by Bobby Crush for the first eight weeks of the tour. Famous in the UK for 45 years primarily as a pianist, but also as a songwriter, actor, broadcaster and television presenter, Bobby rose to fame after six winning appearances on Opportunity Knocks (ITV). West End successes include three seasons at the London Palladium alongside Jack Jones, Vic Damone and Dame Julie Andrews. He also spent a year with Max Bygraves in SwingalongaMax at the Victoria Palace and was chosen to appear for Queen Elizabeth, the Queen Mother at The Royal Variety Performance. Bobby has also appeared in four musicals starring as Dr. Frank N. Furter in The Rocky Horror Show, Vernon Gersch in They're Playing Our Song, L.M. in Pump Boys and Dinettes and Billy Flynn in Chicago at top theatres around the United Kingdom. Bobby’s debut album ‘Bobby Crush’ reached the UK top 20, and he plays the role of Pharaoh on Pickwick's Joseph and the Amazing Technicolor Dreamcoat. TV credits include two series of Sounds Like Music (ITV) as the show's host, and most recently, Bobby has been playing Billy Sparkle in the popular TV comedy Benidorm (ITV). Bobby can currently be seen on a major new series for ITV called Last Laugh in Vegas, which documents Bobby's American debut alongside 7 other legendary British acts and their adventure to star in a Las Vegas show.

Sophie Matthew plays runaway singer, Barbara, with Taryn Sudding taking on the role of Stella, her controlling fame-hungry mother. Sophie is best known for playing the role of Sarah in Our House (UK Tour), and also played the role of Ginny in Humans (Channel 4). Taryn Sudding played Angie in the 1997 production of Summer Holiday. She is most well-known for playing Bombalurina in Cats across the world over a fourteen-year period, including in the original South African production. Other notable roles include Grace Farrell in Annie (South African Production), and Elsa in The Sound of Music (SA and international tour).

Summer Holiday tells the story of Don and his fellow London Transport mechanics as they journey together in a red double-decker bus through Paris, the Alps, Italy and Greece. Along the way they pick up a girl singing group and a young American pop star who is on the run from her domineering mother!

This hit - filled musical features many of 1960’s biggest songs including In the Country, Summer Holiday, Travellin’ Light, Bachelor Boy, Move It, Living Doll, The Young Ones and On the Beach.

Tickets for Summer Holiday are on sale now and can be purchased at www.summerholidaythemusical.co.uk