Marking 56 years since the very first broadcast, this production of the classic BBC TV comedy STEPTOE AND SON embarks on a nationwide tour until 22nd April 2018.

The cast will be headed by Jeremy Smith and John Hewer as Albert Steptoe and son Harold respectively. Jeremy trained at the National Youth Theatre and was also a member of The Young Vic Company and has toured in several productions ranging from farce to Shakespeare. John Hewer works as a writer and director, but is best known for his iconic portrayal of Tommy Cooper in “Just Like That! The Tommy Cooper Show” and for his performance as Tony Hancock in “Hancock’s Half Hour – The Lost Episodes”. 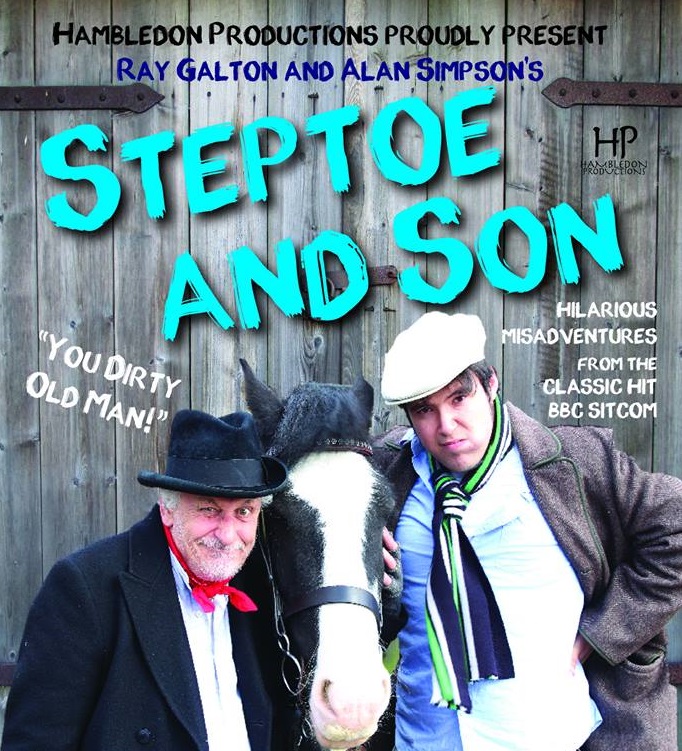 STEPTOE AND SON ran for 8 series from 1962-1974 and spawned 2 film spin-offs and several guest appearances and is fondly remembered as one of the greatest and most influential programmes. Telling the story of two warring rag-and-bone-men in their Shepherd’s Bush scrapyard home, Albert and Harold became household favourites across generations and still they continue to entertain audiences today. One proclaims he’s a “a poor old man” while the other protests that actually he’s “a dirty old man!” In actual fact, both are telling the truth.

This production has been fully endorsed and supported by the original writers, Ray Galton and Alan Simpson. Hambledon Productions have been granted exclusive access to the entire ‘Steptoe and Son’ archive to adapt a range of episodes for the stage in this nostalgic but fresh recreation of original episodes.

Ray Galton O.B.E. said, “The affection for the original shines through in this fine production. The performances are marvellous!”

Features the classic episodes: Divided We Stand, Men of Letters and Come Dancing and excerpts from The Bath and Steptoe and Son – and Son!

STEPTOE AND SON is produced by Hambledon Productions with the kind permission of Ray Galton and Alan Simpson.

STEPTOE AND SON is suitable for 12+.