Meow Meow and Tiger Lillies play one off shows at HOME, Manchester

Two of the world’s best vocal performers, Meow Meow and The Tiger Lillies, play one off cabaret shows at HOME Manchester this week. 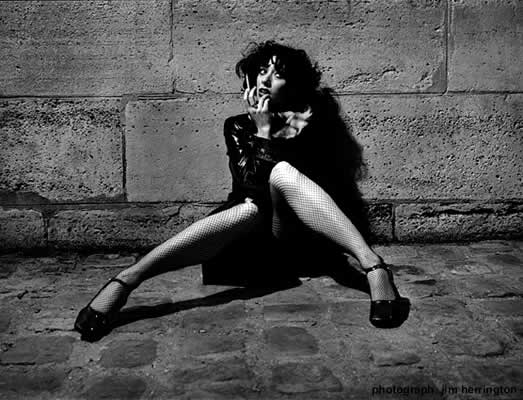 Following her critically acclaimed shows in the West End, and at the Royal Festival Hal, this queen of song promises to dazzle with her unique brand of kamikaze cabaret that has hypnotised, inspired and terrified audiences worldwide.

Driven by the eerie falsetto of Martyn Jacques, the Olivier Award winning and Grammy nominated Godfathers of alternative cabaret The Tiger Lillies return to Manchester to perform their new album, A Cold Night in Soho, on Thursday.

The twisted underworld of The Tiger Lillies is dark, peculiar and varied, packed with moments of deep sadness, cruel black humour and immense beauty.

Formed in 1989, the three band members remain one of the most unique, provocative and genre-defying groups around. The music they produce is a mixture of pre-war Berlin cabaret, anarchic opera and gypsy music, echoing the voices of Bertolt Brecht and Jacques Brel fused with the savage edge of punk and their own lives on the fringes of conventional life deep in London’s seedy Soho