Young made his West End debut in this show and is reprising his Olivier Award-nominated performance as the enigmatic Emcee alongside Redknapp who makes her stage debut in the very demanding role of troubled singer Sally Bowles made famous by Liza Minnelli’s barnstorming Oscar winning performance. 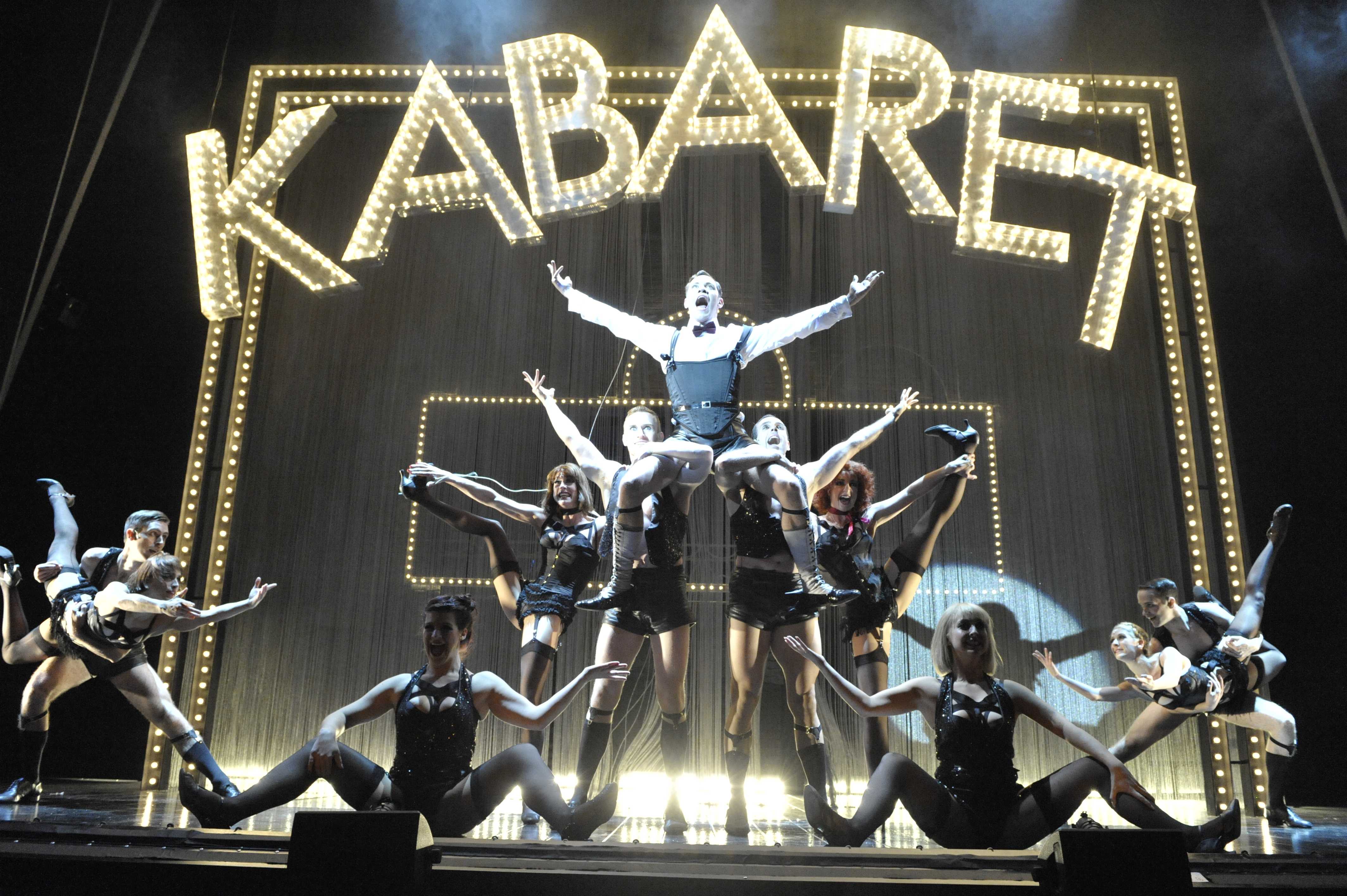 The production turns Weimar Berlin of 1931 into a sizzling haven of decadence, and at its dark heart is the legendary and notorious Emcee, who performs nightly at the infamous Kit Kat Klub, just as the Nazis are on the brink of turning Germany into a brutal dictatorship.

Cabaret features provocative choreography, dazzling costumes and some of the greatest songs in musical theatre including ‘Money Makes The World Go Round’, ‘Two Ladies’ ‘Maybe This Time’ and ‘Cabaret’.

Cabaret is based on Christopher Isherwood’s novel Goodbye to Berlin and made its Broadway premiere in 1966.

Cabaret is at Leeds Grand Theatre from Tuesday 24th to Saturday 28th October 2017. Book online at leedsgrandtheatre.com or call Box Office on 0844 848 2700

The full UK tour opens on the 21st September in Wimbledon before continuing nationwide http://www.kenwright.com/microsite/cabaret/