After penning over 100 pop hits Carole King finally found worldwide fame with her classic album Tapestry and that remarkable story has been turned into the Tony award winning musical Beautiful.

Carole King made her name as a woman in New York's male dominated song writing world, with her partner and husband Gerry Goffin, before finding her own voice. Beautiful was a big hit on Broadway and comes to Leeds Grand Theatre from Tuesday 29th May.

Bronte Barbe plays the bubbly songstress who has managed the rare feat of being elected to both the Songwriters and Rock and Roll Halls of Fame.

“Beautiful spans Carole’s career from 16 to about 29, so from when she was selling a song for the first time right up to Tapestry,” says Bronte.

“The show is very well done because it doesn’t only document Carol’s journey, and her partnership with Gerry Goffin, but another writing couple in Cynthia Weil and Barry Mann. What is so interesting is the way the songs are presented because in a musical you sing because you can’t express yourself any more through talking,  and in this the songs are being performed by the songwriters or by the band.”

As this is the show telling the interlinked stories of four of the greatest songwriters of all time it is not surprising it is packed with wall to wall hits, including The Locomotion, You’ve Lost That Lovin’ Feeling, Pleasant Valley Sunday, (You Make Me Feel Like) A Natural Woman and You’ve Got a Friend. 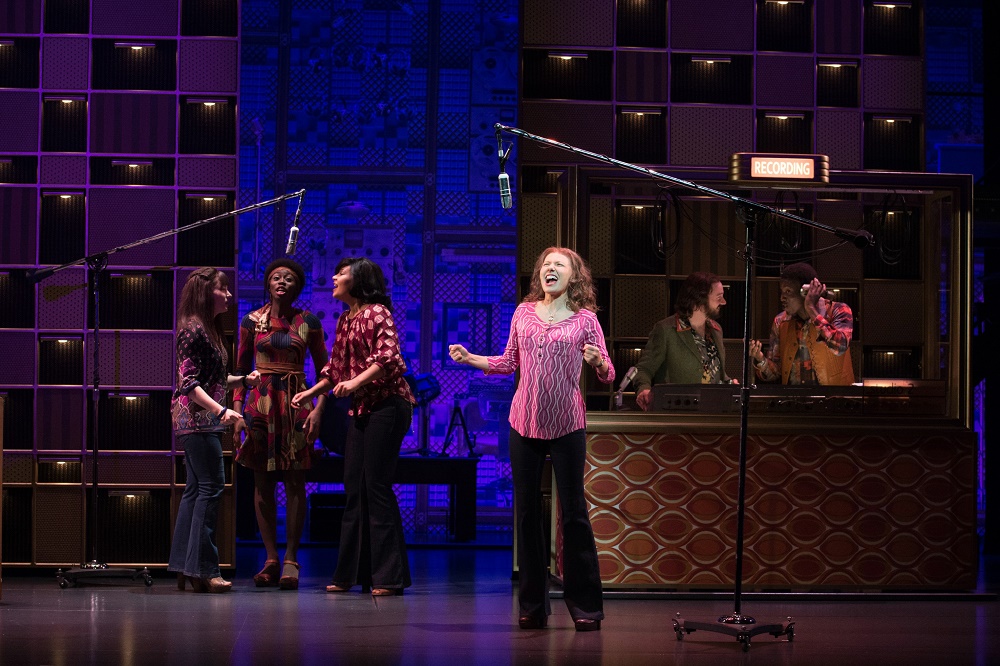 “There are tons of classic tunes and I was surprised when I went to see Beautiful just how many I knew. I didn’t realise how extensive Carole’s back catalogue was.

“There are a few from Tapestry towards the end, but before that is the early stuff like Take Good Care of My Baby, Will You Still Love Me Tomorrow, and there’s some of Cynthia and Barry’s like On Broadway and The Righteous Brothers, so there is such breadth of music in one show.”

Despite demoing all the songs in the studio Carole King had no aspirations to perform live until she was forced into it by a close friend who saw her potential as a singer in her own right.

“In her book she says she was touring with James Taylor in his band and one night he said you’re going to sing this song tonight,” notes Bronte. “She was like absolutely not, there is no way I’m going to sing that song. He said you are, and she was super, super nervous, but said it was just the most wonderful experience once she got over the nerves.

“She was writing Tapestry, but it didn’t feel right for anyone else to sing the songs, because they were so personal.  She didn’t want to be famous as she wanted to be a successful songwriter, but she had some insecurities and wasn’t overconfident in any way, so she stumbled across fame.”

Unlike some jukebox musicals, which can tend to be a touch saccharine, Beautiful doesn’t shy away from Carole’s troubled marriage to Gerry,  and how the fallout from their bitter split took her song writing gifts to new heights.

“It humanises her in a way, it is very relatable, and it does put songs into place. It is revelatory for fans who have listened to those songs for years and years who come along and watched Beautiful. They think I’ve listened to that song so many times and if I’d known that was the reason she wrote it then it now takes on such a different meaning.

“She was excited about the initial concept of the show, and went to the read through, but left the creatives to form the show. She left it for a while before seeing it because obviously going through something like that and then having to rewatch it is a lot to deal with

“She initially went to the Broadway show in disguise as she didn’t want to cause a commotion and surprise the cast. She’s done that a few times, but now she just loves it.”

As well as producing plenty of hit singles with plenty of classic hooks, as you might from a gifted songwriter, Tapestry is a raw album. It struck a chord with a post Woodstock generation, facing being drafted to fight in a foreign war as they were trying to make sense of their new freedoms, and it spent six years on the Billboard charts winning the reluctant singer four Grammys.

“It’s a fantastic album, and there’s nothing quite like it in my opinion, but we do quite a few songs from that album at the end. That’s the most satisfying part for me because the songs are just so wonderful, and the emotional content is fantastic.

“I still find something new in the songs and go ‘woah’, yet they so simple, but the running theme of our show is that simplicity and heart. It’s hard to write a simple melody because it has to be completely on the money, and that’s what Carole and Gerry Goffin did so well.

“Coming out of stage door I always hear people saying ‘on my goodness, I didn’t know she had written that song’ and it shocks them. Carole King is really successful, but she’s not a household name for some people, so it is wonderful to be able to deliver her story.”

Beautiful is at Leeds Grand Theatre from Tuesday 29th May to Saturday 2nd June. To book go to www.leedsgrandtheatre.com or 0844 8482700